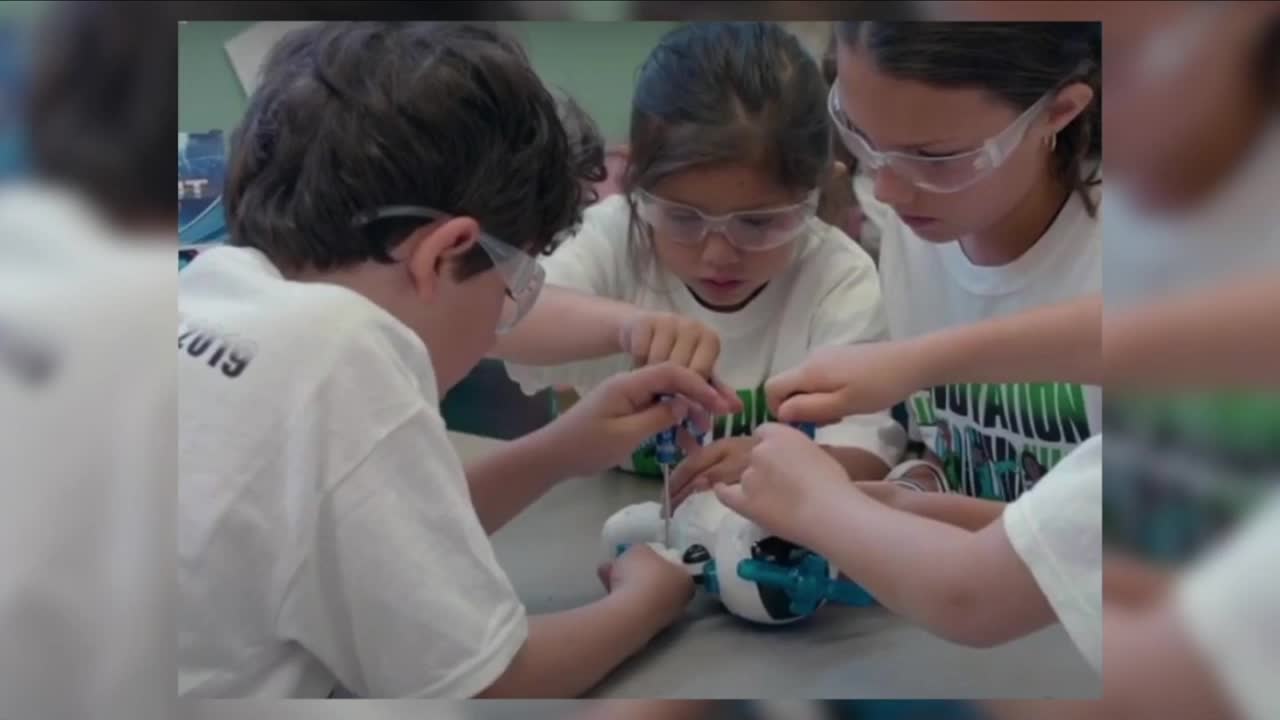 SALAMANCA N.Y. (WKBW) — Four years ago, Salamanca High School was deemed a school in need of improvement. The school’s graduation rate was below 60 percent. And for minority students, graduation rates were even lower — 40 percent.

“What we were doing historically wasn’t working with our students, with our community, with our population," Salamanca superintendent Robert Breidenstein said. "Quite simply, we had to change because it was a matter of urgency and necessity.”

So he transformed the district into a STEAM district. STEAM stands for Science, Technology, Engineering, Arts, and Mathematics, and it is implemented in all classes from K through 12..

“That decision, I think, has been one of the singularly most important decisions that we’ve made as a district to try to rebrand ourselves,” Breidenstein said.

“In our very youngest grades, STEAM is a special so to speak," deputy superintendent Mark Beehler adds. "So students will go work with a STEAM coach and they’ll work on problem-solving. So perhaps they’ll be reading a book that has bridges in it. Well in that STEAM class, they’ll build a bridge.”

As students get older, they’ll also learn about coding, build and fly drones and get to specialize in areas of interest like robotics. And Breidenstein said since the program has been implemented, Salamanca’s graduation rates have soared to 90%.

“I’m hopeful that we’ll have an entire class of kids that can program from their home for Google and Microsoft and make lots of money and stay right in this community and still come to our football and lacrosse games,” Breidenstein said.