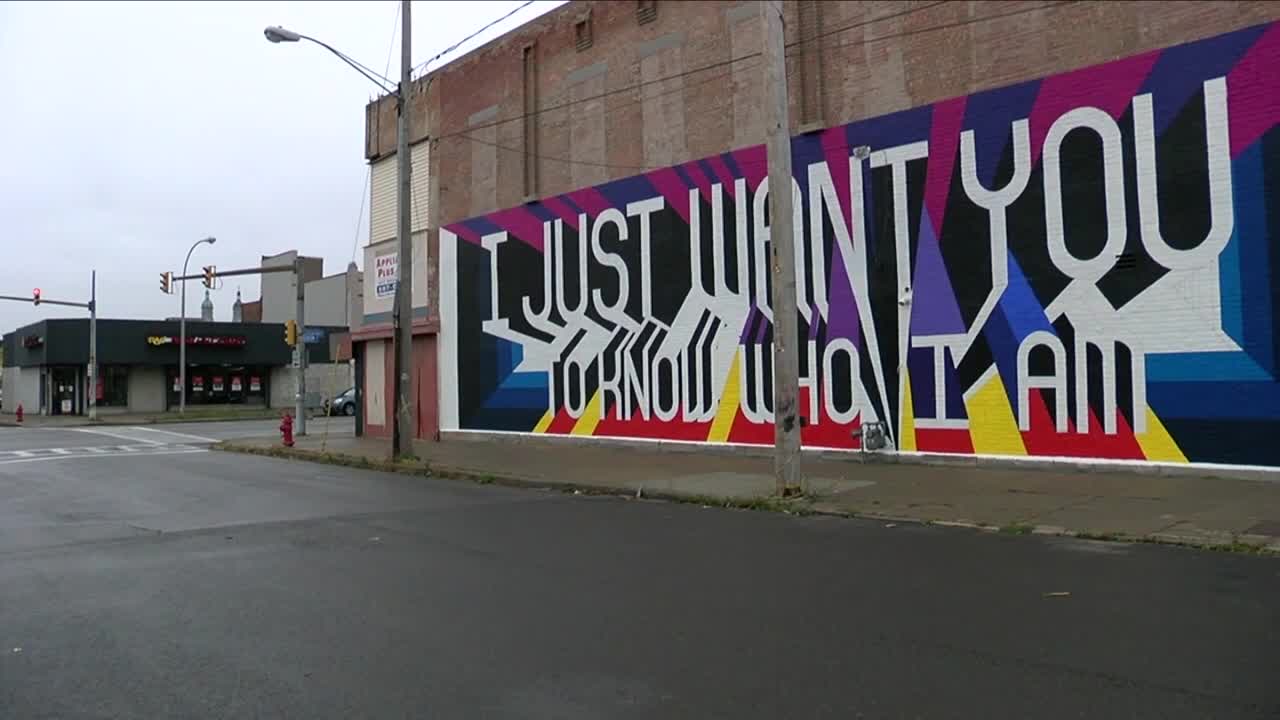 The mural is currently on the side of a building at Gibson and Broadway, near the Broadway market in Buffalo. 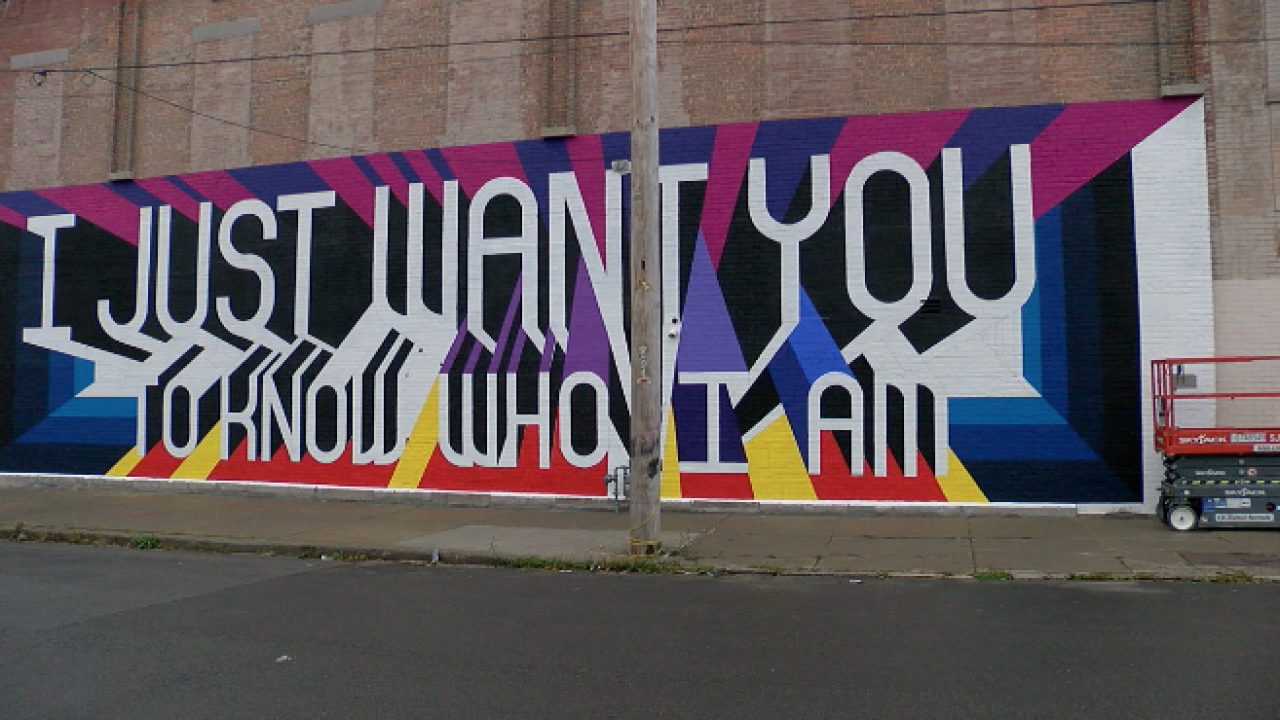 BUFFALO, N.Y. (WKBW) — Muralist Casey Milbrand said he thought it would be great to find a lyric that represents and captures the spirit of Buffalo.

"I was walking at Rite Aide one day, getting snacks at like 2 a.m., and Iris [By Goo Goo Dolls] was on the radio," he said. "And I heard Johnny Rzeznik sing the lyric 'I just want you to know who I am.' And I said oh my God, that's it."

So Milbrand got moving, first by reaching out to Robby Takac of the Goo Goo Dolls for permission to use the lyrics. Once he got that, he got to work.

The mural is currently on the side of a building at Gibson and Broadway, near the Broadway market in Buffalo.

"Which is perfect because the Goo Goo Dolls are actually from that neighborhood, born and raised. And I thought it was really important to do something by them, in their neighborhood," said Milbrand.

He said the mural is 70 feet long and 18 feet tall, and has been a year in the making.

"Really wanted to capture this kind of feeling of youth that I think a lot of kids kind of, you know - they feel misunderstood, but there's this kind of super hero inside of them," said Milbrand. "And so I picked this kind of colorful palette that I thought would really kind of bring that out."

Different people will have different interpretations, but it's a reminder to never get rid of your spirit.

Milbrand said he hopes to get it done by next week.