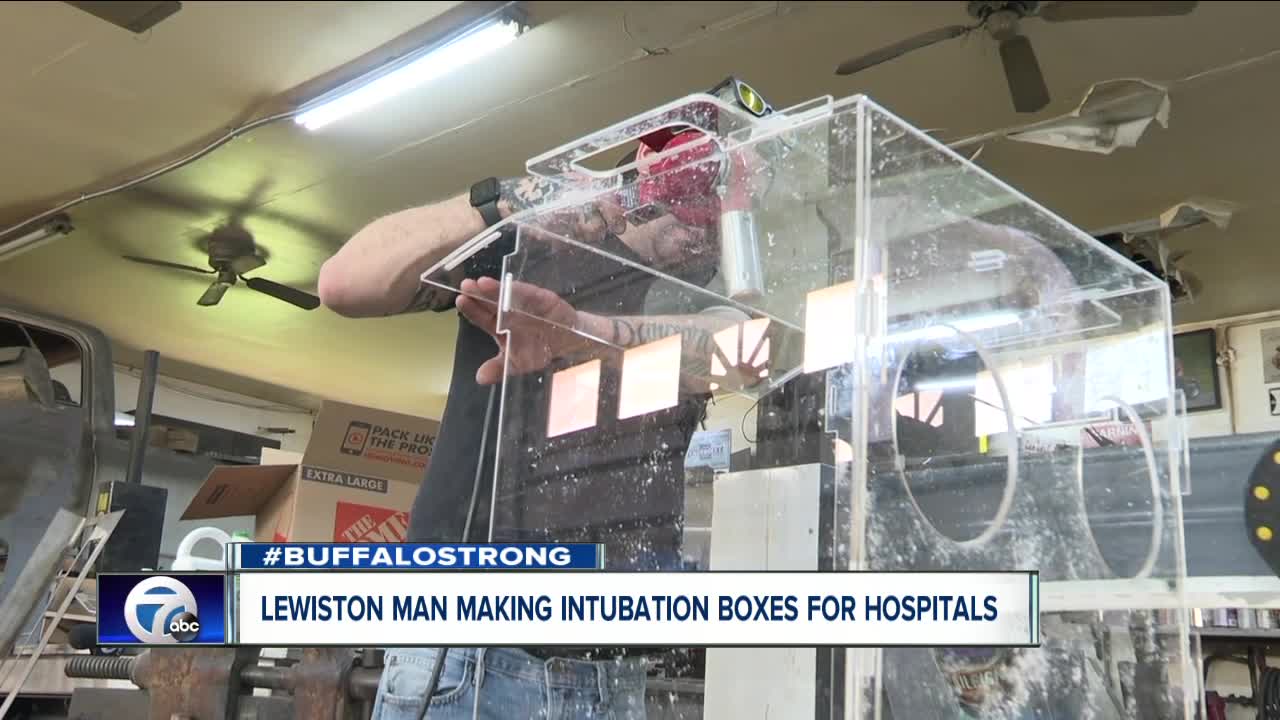 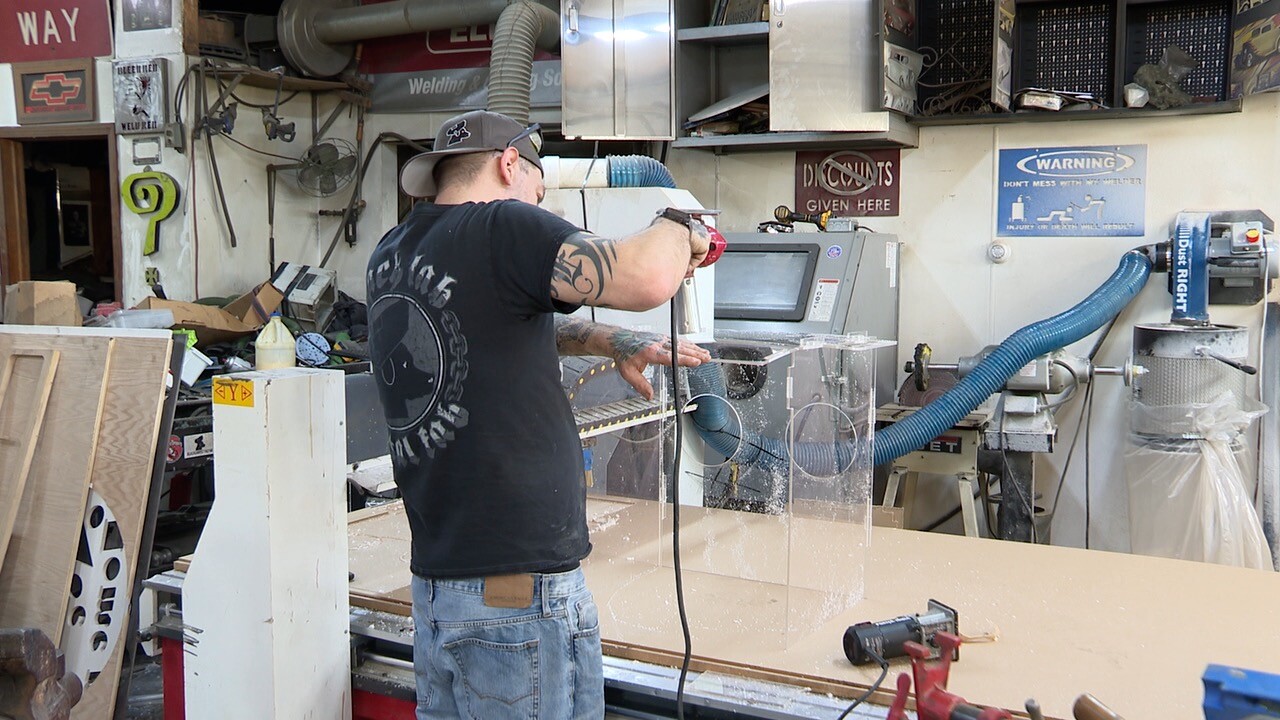 But these days, he's taking on a much different project.

"When I saw these I said, you know what, I can make those," he said. "Then all of a sudden the response has been great on it."

He's making intubation boxes, a three piece Plexiglas structure with two holes that create a layer of protection between medical professional and patient.

"Everything's contained in that area where you're not getting the spray or whatever all over the nurses," Buttery said. "It's actually just an added layer of protection."

The boxes are being made for area hospitals and medical professionals, but Buttery has has also gotten interest outside of the state.

"When I saw the response for the people that were making these ones and the ones that I'm making, I think it's a good idea that people should have these," he said.

Buttery has made more than 20 boxes with plans to make more.

But materials can get expensive, which is why he started a GoFundMe page. In true Western New York fashion, the donations poured in.

The plan is to keep production going as long as there's a need. He's making a difference and others are noticing.

"I had a friend, an old coworker, he said I was one of the heroes working with the nurses and doing this stuff," said Buttery. "It's kind of neat with the different responses people have."

If you'd like to learn more about the intubation boxes or donate, you can visit his Facebook page.