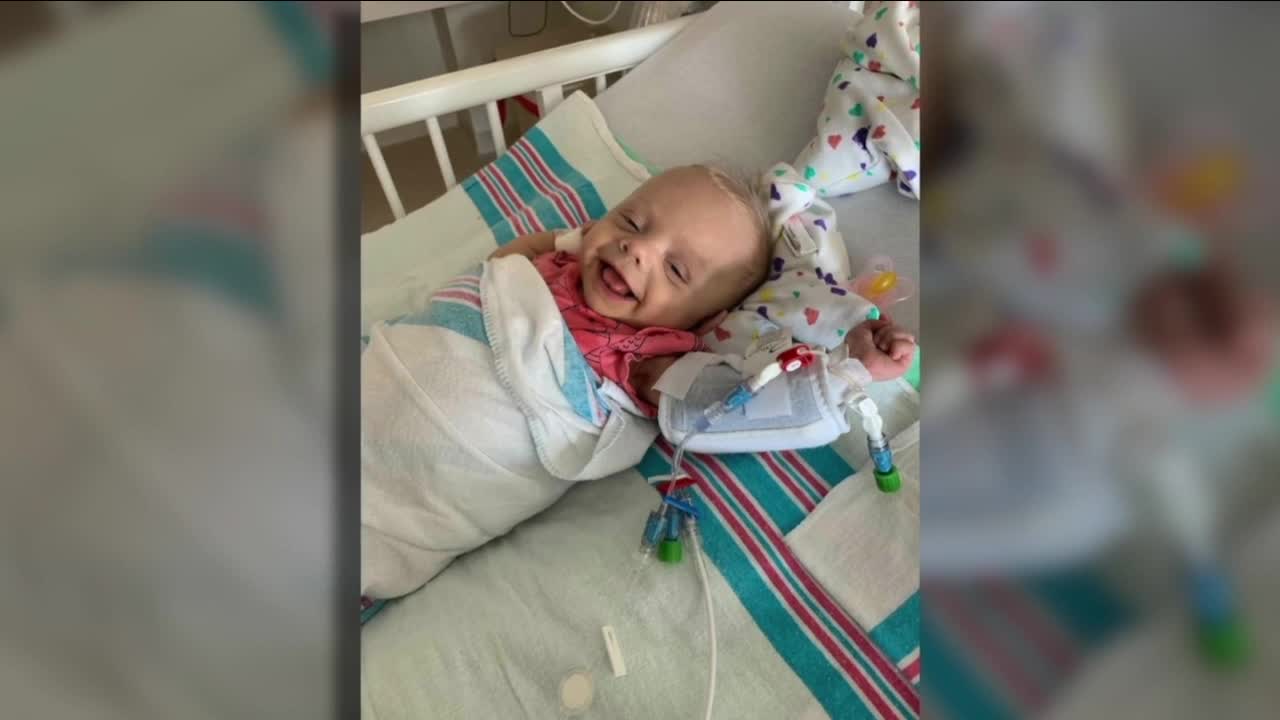 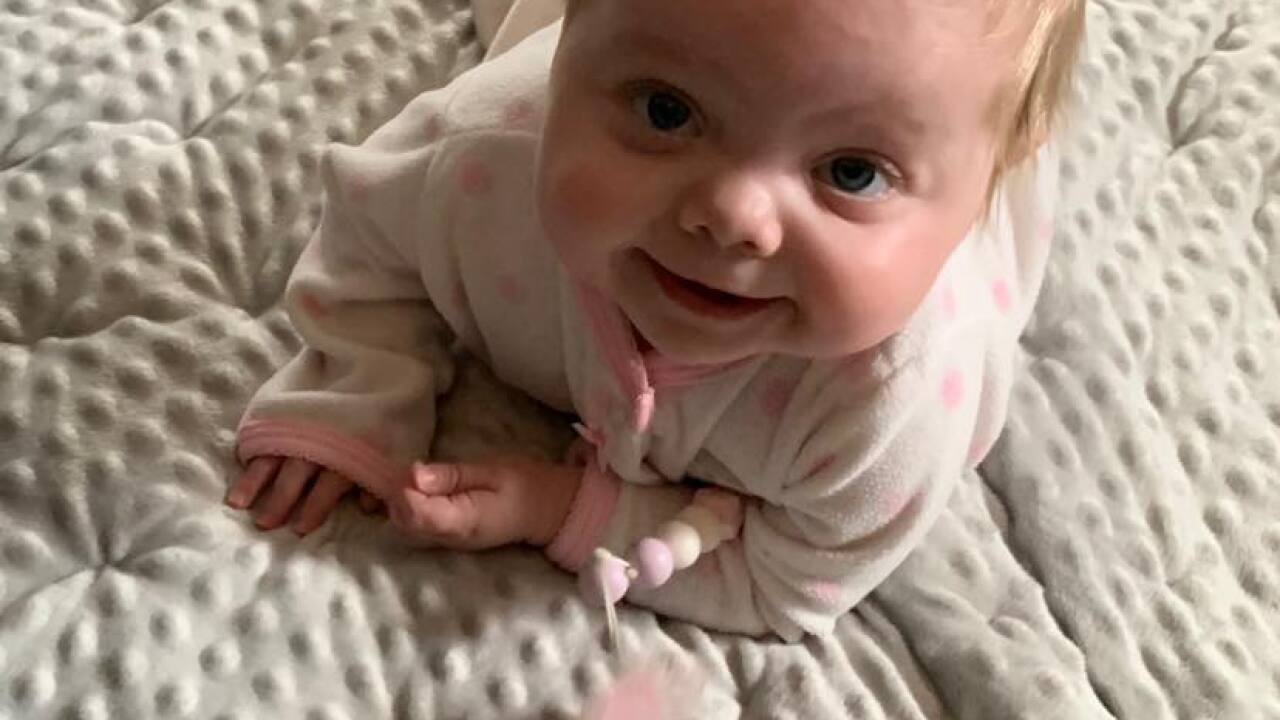 FRANKLINVILLE, N.Y. (WKBW) — It was an unexpected bond that started on Facebook. This summer, the social media platform brought together two families living 20 minutes apart: the Hopkins and the Becks.

“I really felt a tug on my heart for them,” said Laura Hopkins.

“She was happy and healthy in the beginning,” said Alanna Beck about her now eight-month-old daughter, Aelin. Her husband, Rich added: "Then she started to struggle with feeding and gaining weight.”

Aelin was born with Biliary Atresia. It is a rare liver disease that impacts bile ducts. The condition sent Aelin to Oishei Children's Hospital for a lengthy stay and eventually to the University of Pittsburgh Medical Center Children’s Hospital of Pittsburgh after a failed procedure as they waited for liver transplant.

In April, the family turned to social media, after many suggested doing so, in hopes of finding someone willing and wanting to save their daughters life. They started a page to share Aelin’s transplant story called, “Baby Aelin's Transplant Journey.”

“We were like, ‘What random person is going to want to do that?’ “ recalled Alanna.
“First thought was, this will never work. Boy were we wrong,” said Rich.
“It was amazing,” Alanna agreed.

The community came out in full force. Dozens applied to help baby Aelin. Hopkins did not know the family really at all, but was “so moved” by the Beck’s story, she decided to apply and her husband did, too.

"It reminded me of when I was teaching, my husband and I were both public school teachers when we had our little ones, who are now no longer little, and I thought this could've been us,” said Hopkins. As the weeks passed, Hopkins continued teaching her classes as a professor and helping her two children with remote learning during the pandemic. Hopkins said she hoped not hearing anything meant Aelin found a donor.

It was not the end of May, the phone call came to Hopkins' cell phone that would forever change both families lives. Shortly after the call, she went to Pittsburgh for testing and two weeks later, Hopkins was on the operating table.

June 16: the day that Hopkins donated part of her liver to save the life of a then six-month old stranger. Hopkins is among the 5% of living liver donors across the country.

“Probably one of the main reasons why Live Donor Liver Transplant has remained relatively underutilized in the United States is just a lack of awareness about the procedure,” said UPMC’s Chief of Transplant Dr. Abhi Humar.

The Becks and the Hopkins instantly created an unbreakable bond and it turned out the two families had a lot in common. Hopkins lives about 20 minutes away from the Becks. The Hopkins' kids attend the Cuba-Rushford Central School District where Alanna and Rich teach. In fact years ago, Laura taught in the Cuba-Rushford Central School District, too.

What's more, Rich unknowingly spoke with Laura the day before his daughter's surgery to talk about signing her son up for the school's football team.

"It's amazing that a family that we barely, really connected with, did such an amazing thing to save our daughter. To give us moments with her,” said Rich.

Ten weeks post-op and both donor and recipient are doing well. Later this week, the families will meet each other in person for the first time — socially distant and outside.

"I hope that my part in the story is not over,” said Hopkins.

The Beck's said it is just beginning. Some may say this story was fate, others good timing, but whatever it may be, the glue that holds it all together, is love and faith.

“I mean we’re grateful forever. They are part of our family now. They saved our baby, so they’re going to be part of their life forever,” said Alanna.

For these families, the next chapter is to inspire, to give back, to raise awareness about living donations and to thank the community that embraced them all.