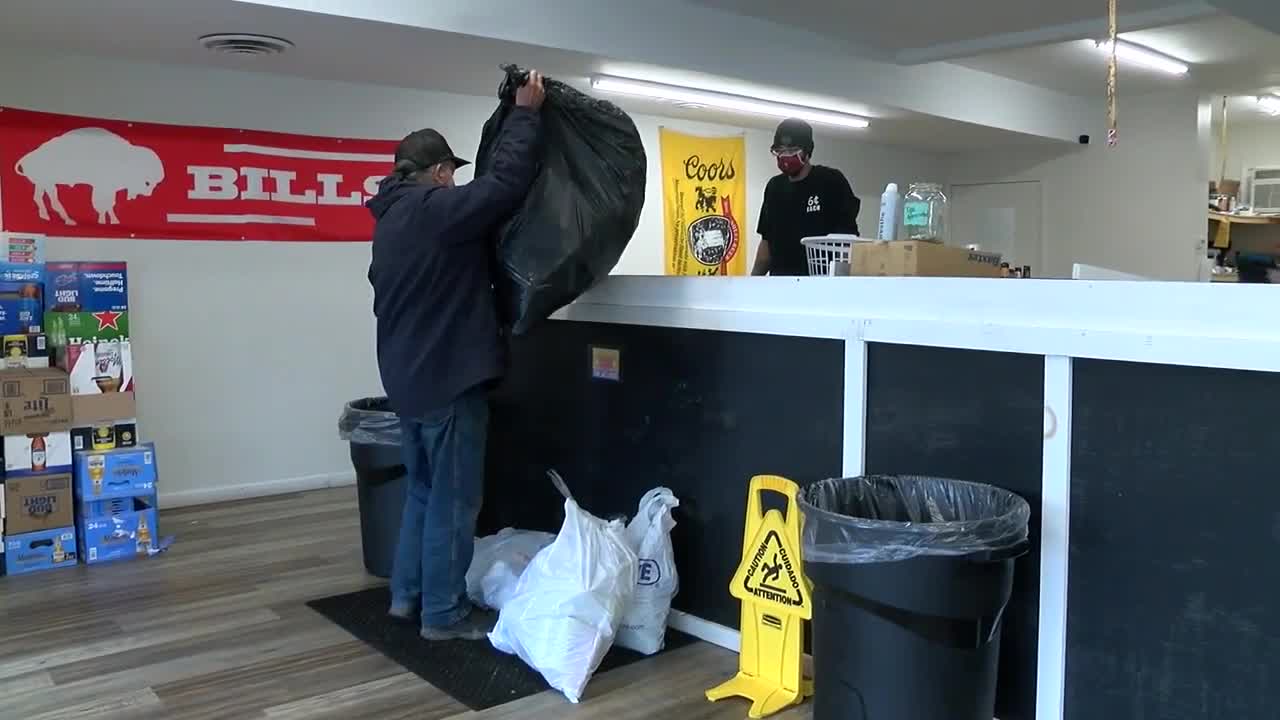 LACKAWANA, N.Y. (WKBW) — Steven and Amanda Rohauer own the Abbott Bottle Return in Lackawanna – the target of break-ins time and time again.

“They smashed our windows in, they, you know, all kinds of stuff happened over there," Steven Rohauer said. "They stole our TV, our money.”

So when neighbors told them they have seen a man taking glass bottles from their back lot, they took it pretty seriously.

“Through a little investigation, we found out who the guy was," Steven said.

Steven and his wife said they went to the man's house, knocked on the door, and spoke with him.

It turned out to be "just somebody that needs help,” Steven said.

“It became clear, as he was kind of pleading his case, that he was just desperate,” Amanda Rohauer said.

The Rohauer said the man is a veteran who’s now trying to live off of social security while taking care of his sick wife.

“He was just trying to survive, and he really just needed some help, so that’s what we’re deciding to do," Steven said.

So the Rohauer put a call out on Facebook asking anyone who could to help, and already they've raised over $1000 for the man.

“It's overwhelming. A lot of people want to help,” Steven said.

The Rohauers are hoping the money can ease some of the veteran's burdens.

"Raise their spirits with the upcoming holidays, you know. Maybe it will make that time all the better for his family,” Steven said.

If you would like to donate, all donations can be made in person at the Abbott Bottle Return store or through Venmo @abbott-bottle.