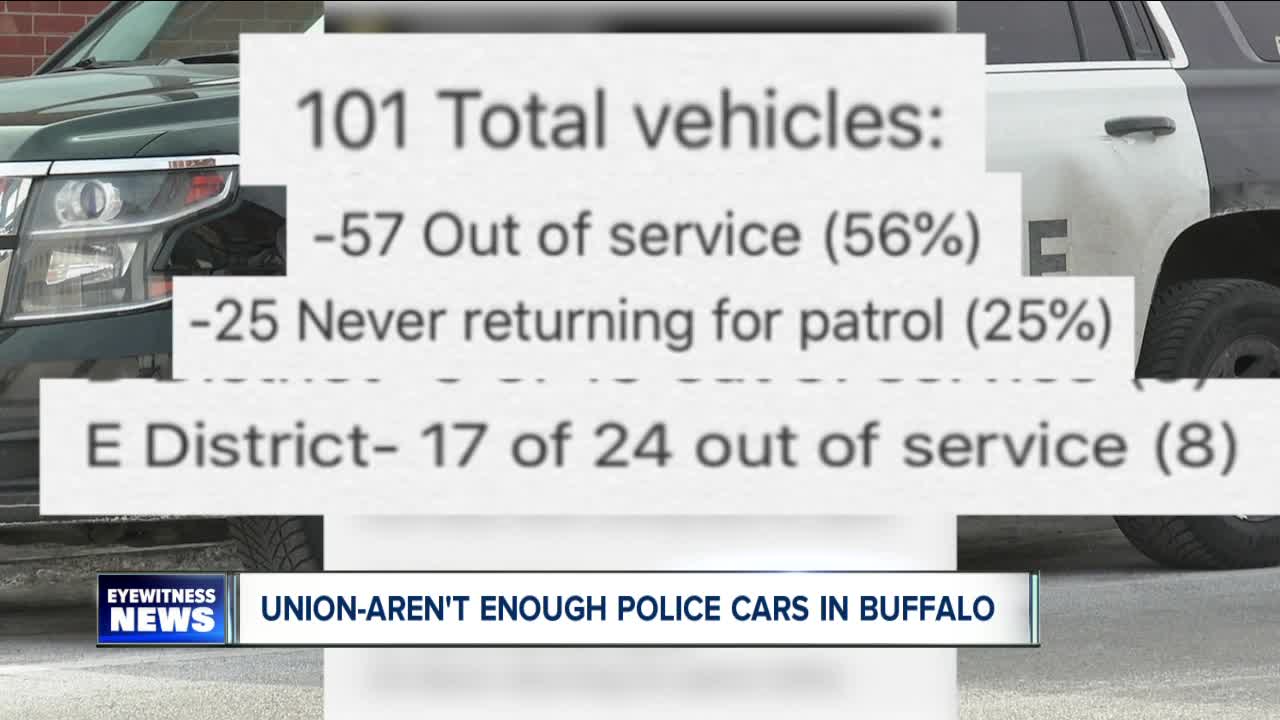 BUFFALO, N.Y. (WKBW) — The Buffalo Police union says there simply aren’t enough patrol vehicles for the BPD and its officers to properly do their jobs.

Last week, the Police Oversight Committee met with members of the Buffalo Police Department about the shortage of vehicles.

During the meeting last week, the BPD did admit there are some challenges and car numbers do fluctuate on a daily basis.

The department is looking to lease and purchase 46 new vehicles.

The Mayor’s Office says some of those cars should be in service over the next six months.