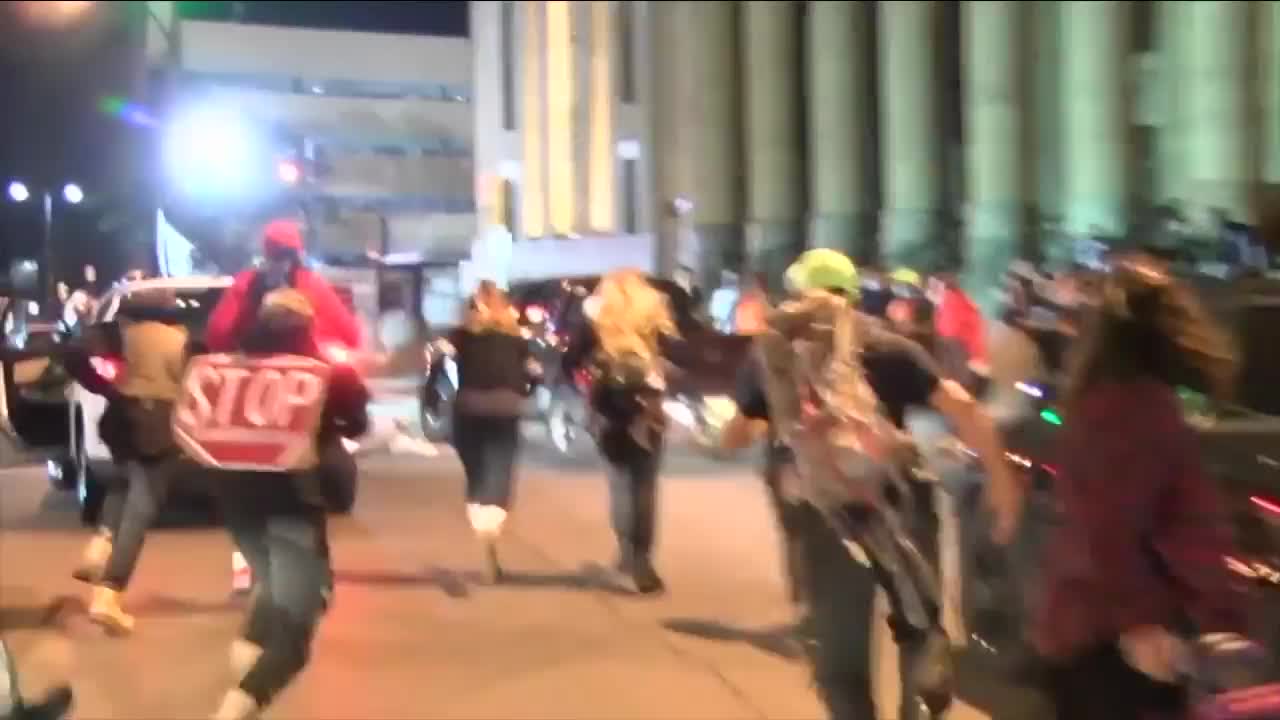 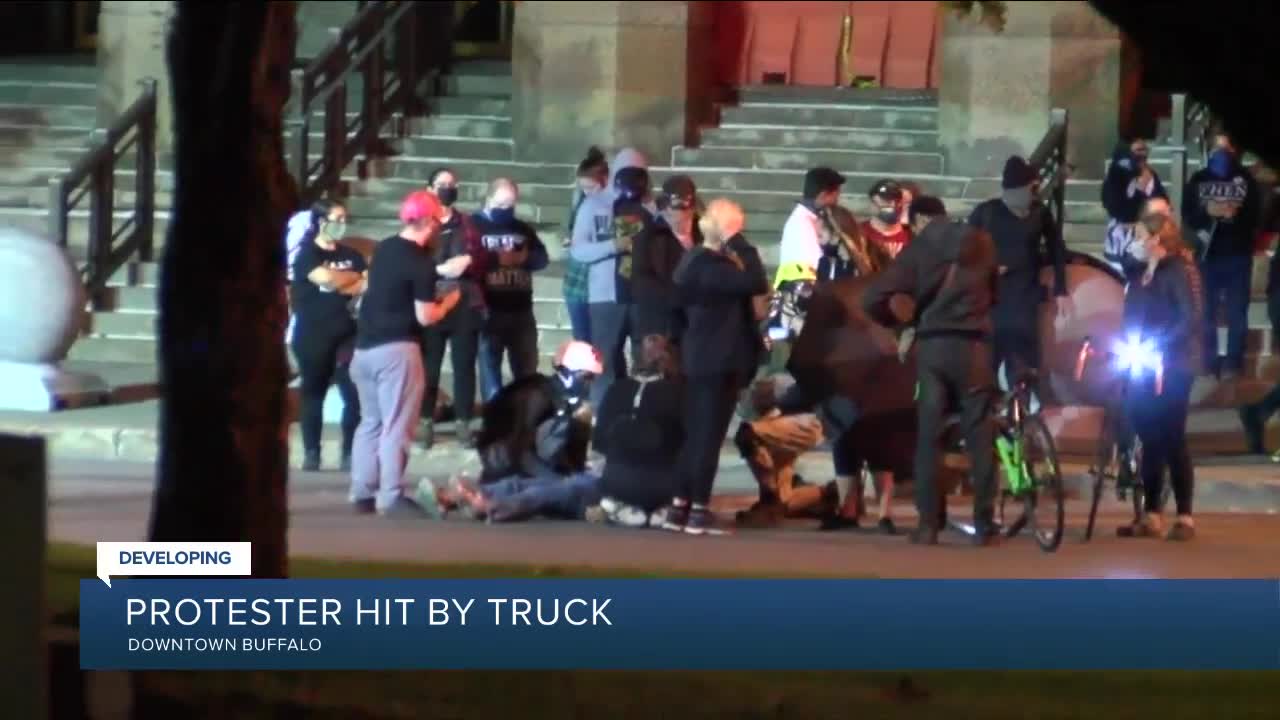 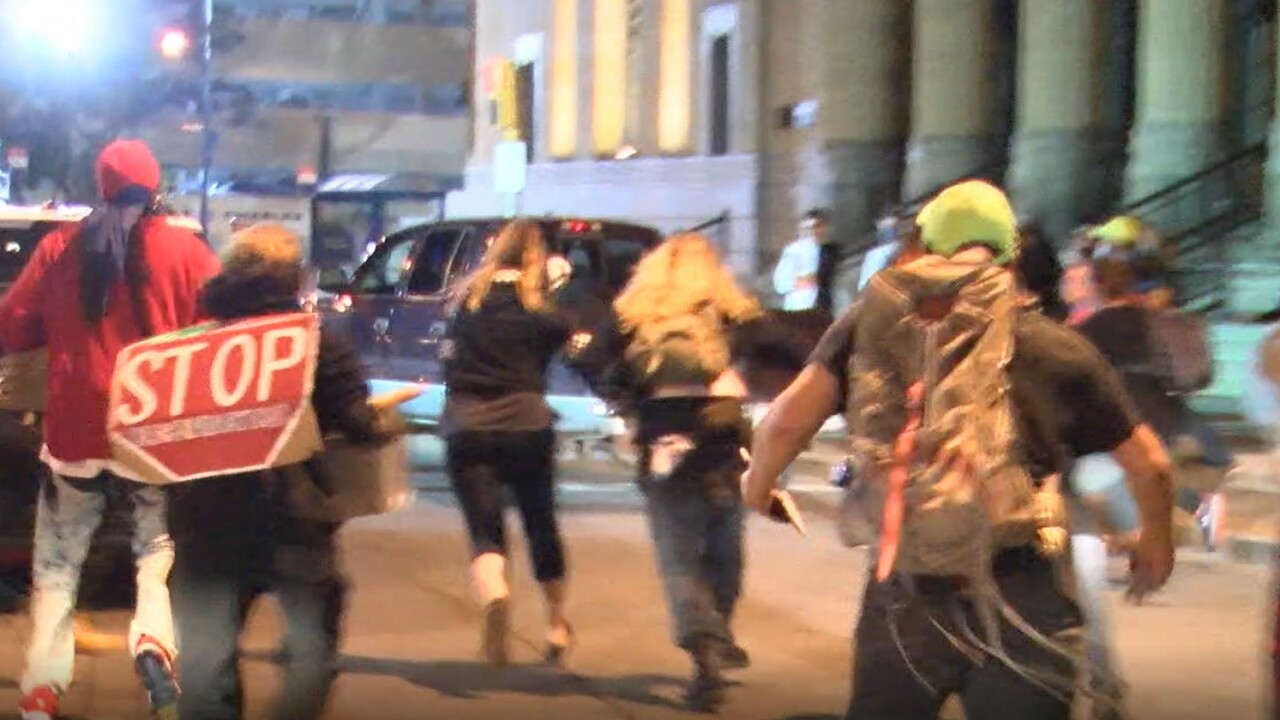 BUFFALO, N.Y. (WKBW) — Buffalo police are investigating after a protester was struck by a vehicle in Niagara Square Wednesday night.

According to police, around 8:45 p.m. a truck drove through Niagara Square and struck a protester on a bicycle.

Police have the driver of the truck and are currently investigating what took place.

According to Slow Roll Buffalo, the person hit by the truck is Karen Huffman, a member of their board of directors. According to a spokesperson for Slow Roll, Huffman suffered broken bones and is in stable condition as of Thursday morning.

Protesters were once again rallying against racial injustice and eyewitnesses tell us the driver of the truck was shouting at protesters
as she drove into the crowd.

"She happened to come by, we was marching, and she ran him right over, she said 'I don't like y'all black lives matter', she didn't, racial slurs and everything, and just ran him over," said a witness.

7 Eyewitness News was at the scene at the time. A video of the incident can be found below, WARNING it is graphic.

A source tells 7 Eyewitness News the driver said she "thought she had a clear lane of traffic" when she ran over Huffman. The source says the driver then pulled over but was chased and pepper sprayed by protesters who broke her windows.

At the same time, the law enforcement source says another driver filed a police report when protesters pepper sprayed through his window while he was stopped at the red light.

Demonstrators say they were here marching to protest racial injustice, corruption in the legal system and police brutality. We spoke to some protesters here who say something needs to happen to bring about real change.

Buffalo Police say, "Buffalo Police Accident Investigation Unit and the Erie County District Attorney's Office is continuing to investigate incidents during a protest last night that resulted in a bicyclist being struck by a motor vehicle. The victim, a 59 year old Buffalo woman was taken to ECMC, where she is currently listed in stable condition. The driver of the vehicle is cooperating with the investigation."

"To stop police brutality. To stop injustice in these court buildings and this court system. I was taught this old saying, 'if the good do nothing, evil will flourish.' and it's about time we get stuff done now," said a witness.

Protesters were there until about a little after 9.