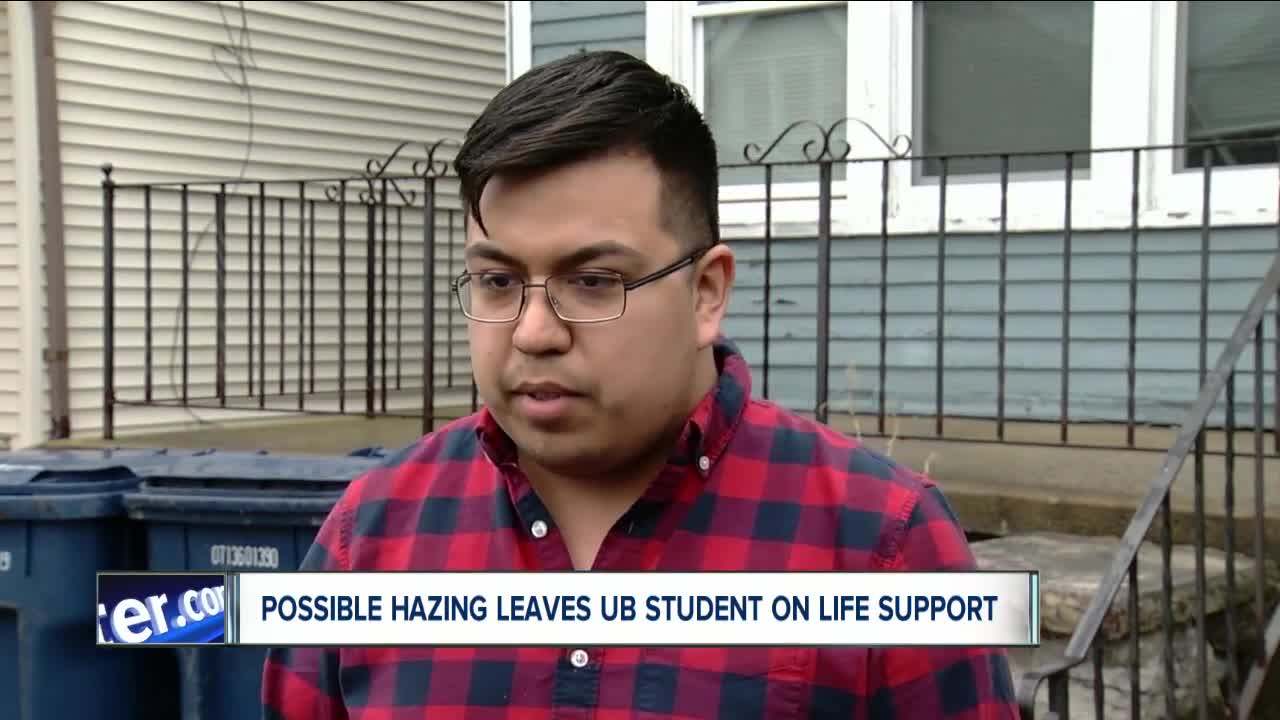 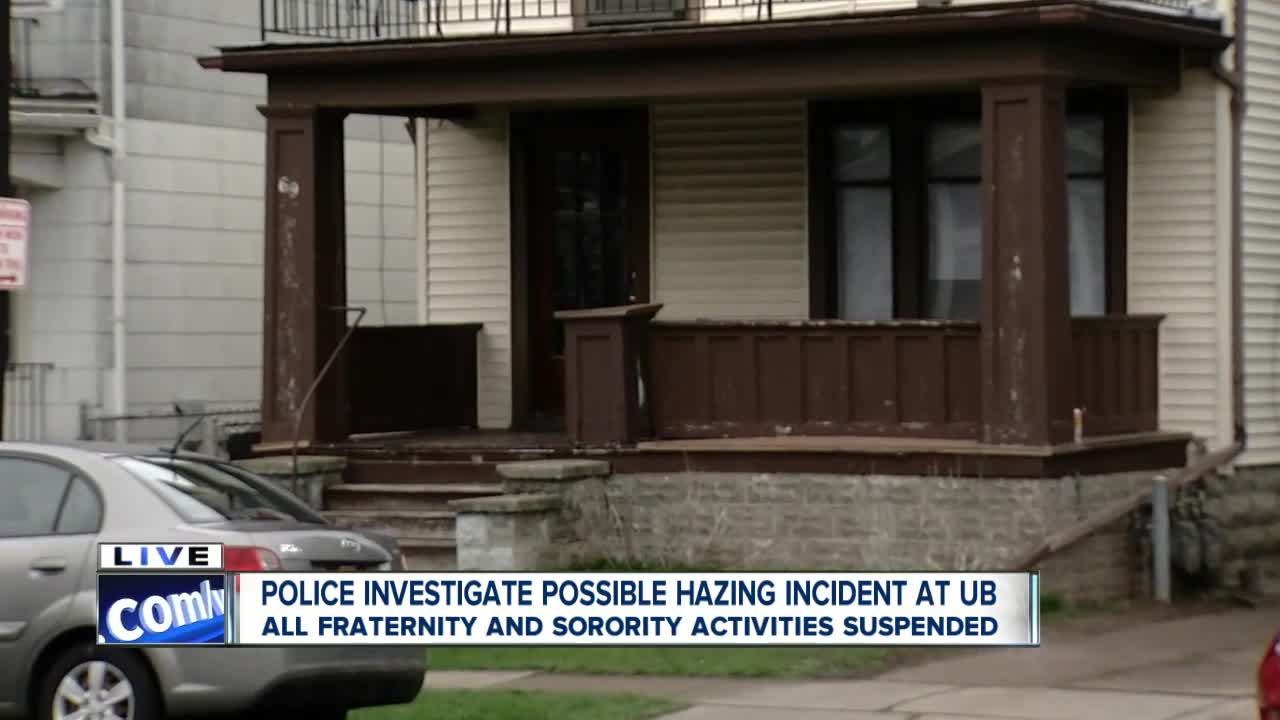 Police say a UB student, Sebastian Serafin-Bazan, an 18-year-old freshman from Port Chester, N.Y. was sent to the hospital with "a serious medical condition believed to have resulted from the incident."

University at Buffalo officials can confirm the identity of the undergraduate student who was the victim of a suspected hazing incident early Friday morning. He is Sebastian Serafin-Bazan, an 18-year-old freshman. His hometown is Port Chester, N.Y. We can also confirm that he is a patient at Buffalo General Hospital. However, we cannot provide an update on his medical condition because of federal privacy laws protecting patient information. Out of respect for the family’s privacy, the university will have no other comment at this time.

A source close to the investigation tells 7 Eyewitness News, as of Friday evening, the student was in critical condition and on life support.

The University at Buffalo says the university is in contact with the student's family to provide any assistance.

VIDEO: Neighbors of the Sigma Pi Frat House on Custer Street took this video shortly after midnight. They told 7EWN they saw "multiple guys" carrying out a young man who appeared to be unconscious, leaving him in the front yard. Audio was cut from the video due to cursing. @WKBW pic.twitter.com/tyXeX9Zr4i

UB President Satish K. Tripathi has suspended the official activities of all fraternities and sororities, effective immediately and until further notice.

UB says they have a zero tolerance policy for hazing and students involved can face suspension or expulsion.

As the investigation into this very serious matter continues, let me reiterate that our university has zero tolerance for hazing. Not only are hazing incidents a violation of our university policies, but they are also crimes.

UB released a statement Sunday afternoon, stating an internal review committee will examine the activities of all Greek-letter, social, fraternal organizations at UB.

Beginning this week, the university will launch an internal review into the activities of Greek-letter, social, fraternal organizations at UB. An internal review committee, formed by UB Vice President for Student Life A. Scott Weber, will examine each organization’s health and safety educational programs, policies and practices, with a special focus on anti-hazing.

Anyone with any information is asked to contact University Police at 716-645-2222.

Due to multiple inquiries UB has posted an FAQ which you can read here.

The Executive Director and CEO of Sigma Pi Fraternity & Foundation issued this statement:

"Sigma Pi has recently learned of a reported allegation of health & safety policy violations at Epsilon-Omicron Chapter at the University at Buffalo. At this time, we are currently gathering information and, if necessary, will provide further comment after all facts have been gathered."