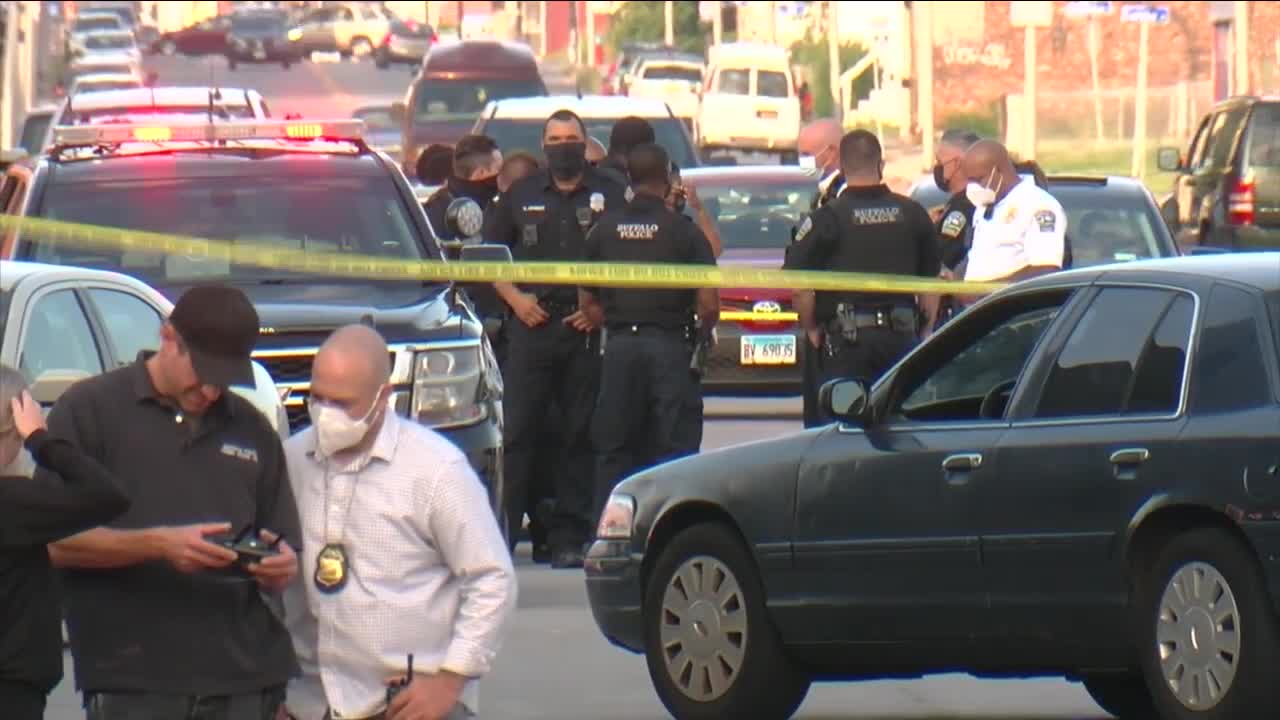 Buffalo Police are investigating an officer-involved shooting Saturday afternoon near the corner of Genesee and Ash Street.

BUFFALO, N.Y. (WKBW) — Buffalo Police are investigating an officer-involved shooting Saturday afternoon near the corner of Genesee and Ash Street.

Buffalo Police Captain Jeff Rinaldo said a call came in at 2:54pm for an individual with a baseball bat acting erratically. One of the officers that responded was a crisis intervention officer.

When officers arrived on scene they attempted to get the bat away from the man. He then began walking away and the officers were shadowing him for a few blocks before he swung the bat at one of the officers. Pepper spray was used in an attempt to subdue him, but did not work. The suspect then struck an officer with the bat. This led to the other officer shooting two shots, one that hit the suspect in the abdomen and another that has not been located.

As of Sunday, police say the 60-year-old Buffalo man is stable condition at ECMC. He was initially listed in critical condition. Both officers were also sent to ECMC but were not injured.

Body camera footage was gathered and will be used as this remains under investigation by the Buffalo Police Department and the Erie County District Attorney's Office.