Schumer and Gillibrand asking for FEMA to help 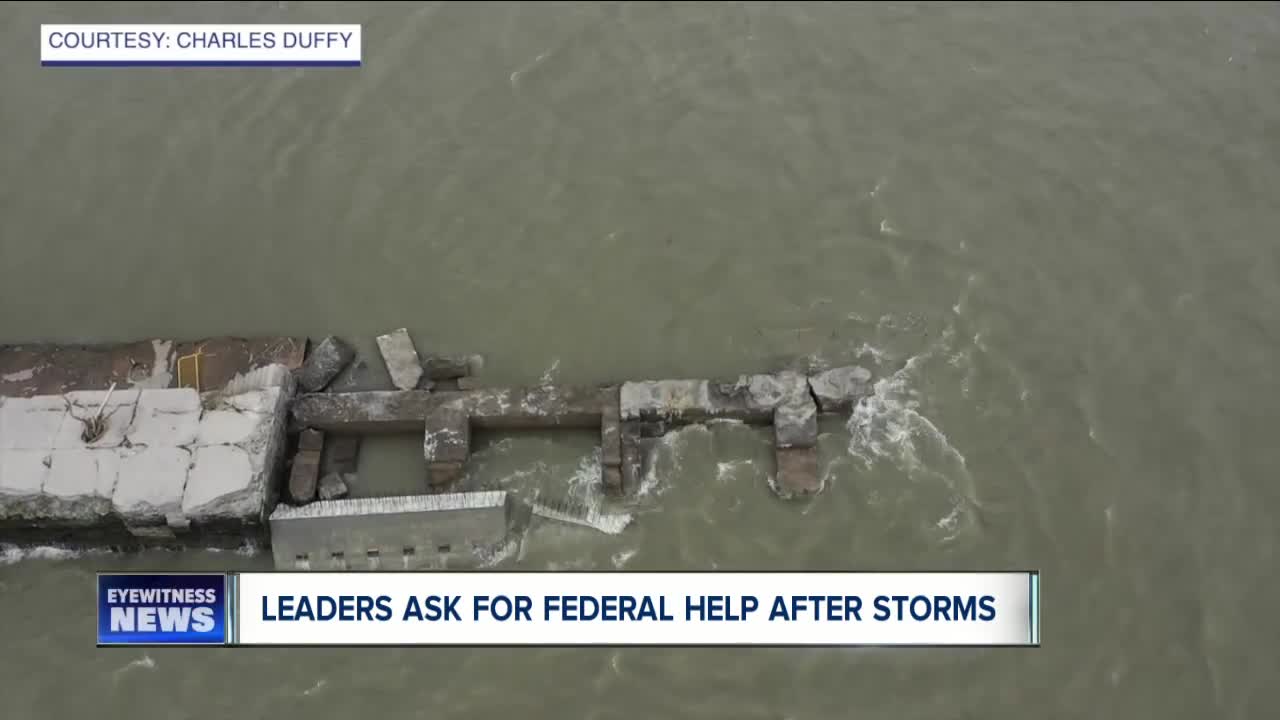 The Halloween storm tore apart large sections of the break wall. The senators said the damage could be more than $15 million.

Western New York was also particularly battered by the storm. During the storm, winds blew in the area between 60 and 70 miles per hour. Furthermore, in the City of Buffalo alone, the senators added, at least 11 trees fell on top of houses, destroying private property. Additionally, the storm resulted in the partial failure of the Buffalo North Breakwater, which plays a critical role in shielding LaSalle Park and the Buffalo waterfront from flooding damage, and the United States Army Corps of Engineers (USACE) estimates it may cost more than $15 million dollars to reinforce and repair.

The Army Corps of Engineers was working on a portion of the Buffalo North Breakwater before last week's storm hit. The group was making regular repairs required to maintain the structure which was built in the 1800s.

"We just started fixing that breakwater and that part got damaged and some additional portions of the breakwater got damaged as well," said Bob Remmer, the Chief of Operations and Technical Support Section of the Army Corps of Engineers.

The Army Corp of Engineers is still not sure exactly how much damage the storms did to places like the Buffalo North Breakwater but it said waiting to make repairs is not an option.