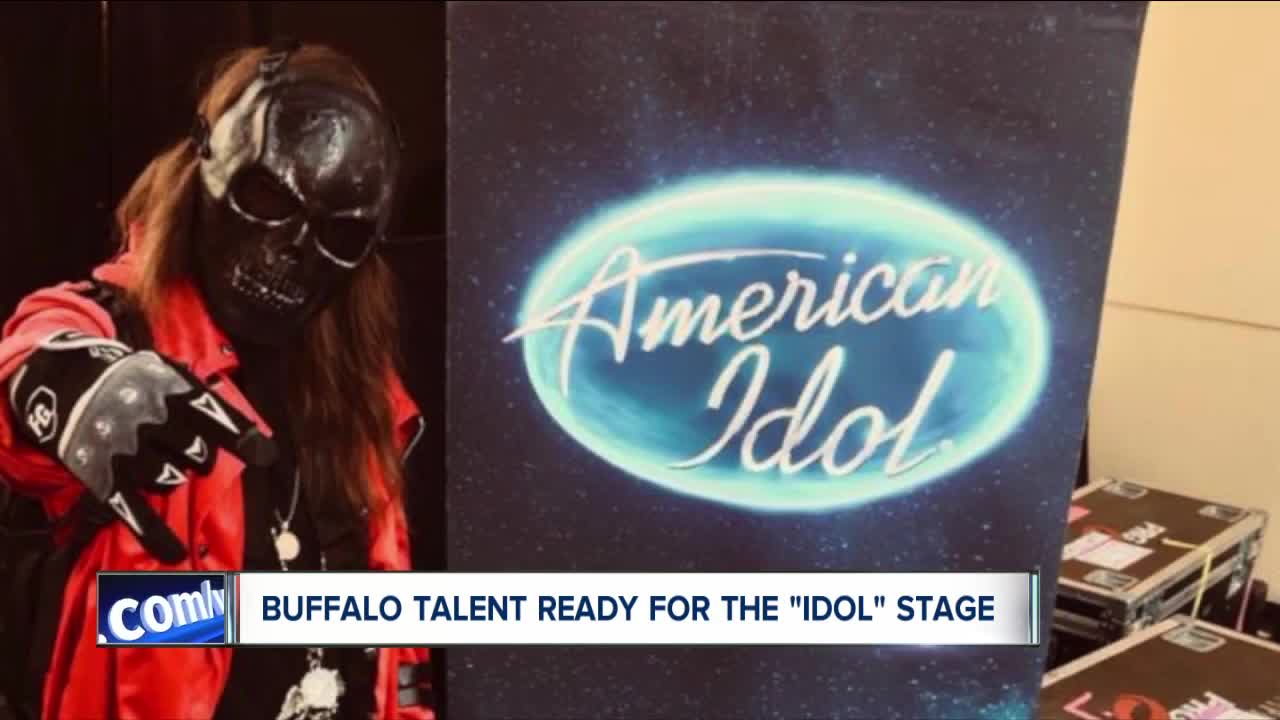 BUFFALO, N.Y. (WKBW) — Ethan Fingold, known as "Vokillz", is a Buffalo-based artist who was featured on the premiere episode of this season of American Idol.

Vokillz auditioned for American Idol when the big blue bus came through Canalside in September, bringing his own, unique sound.

"It's just amazing because I've never done anything like that before, and I created a new genre called mystic death trap metal" Vokillz said.

"Idol" has brought Vokillz from the Queen City, all the way to LA where he currently is now.

"I started off at a gas station handing my music out on stickers, to coming out to LA and taking over the world pretty much."

Vokillz appeared on the show for about six minutes. He repeatedly boasted about being from Buffalo.

He received a "yes" from Idol judge Katy Perry. Perry later joked that she said yes because she didn't want Vokillz to hurt her.

"I didn't want him to murder me," the pop star explained.

But, both Lionel Rickie and Luke Bryan gave the Buffalo native a "no" vote. That ends his journey on the Idol stage.