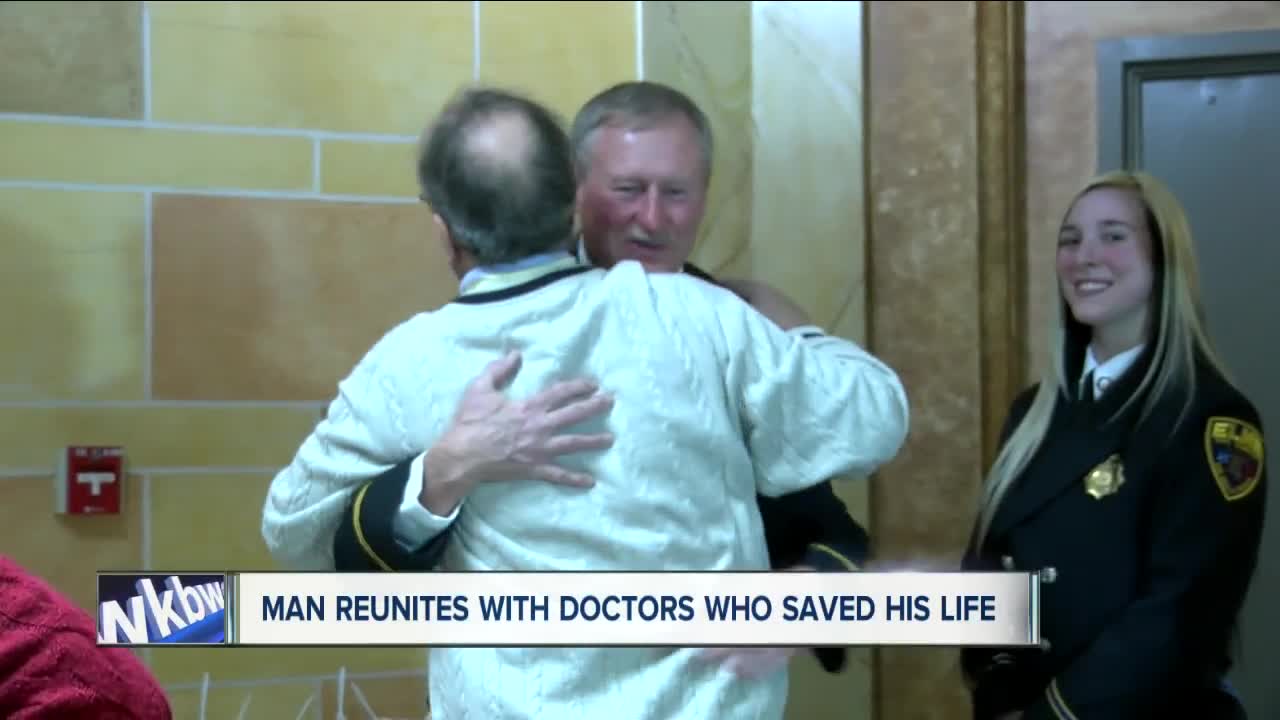 For a time last summer, Sal Buscaglia didn't think he was going to make it. But thanks to EMT's, doctors, nurses and specialists at Mercy Hospital, the retired women's basketball coach is still standing.

BUFFALO, N.Y. (WKBW) — For a time last summer, Sal Buscaglia didn't think he was going to make it.

He didn't think he'd get to marry his long-time girlfriend Linda, see his grandchildren play sports, or celebrate his Valentine's day birthday.

But thanks to EMT's, doctors, nurses and specialists at Mercy Hospital, the retired women's basketball coach is still standing.

"Being a college coach I led young ladies for 39 years coaching, and then I joined and had another team help me save my life," said Buscaglia. "So they're so special to me."

Last June, Buscaglia had a massive heart attack, known as a widowmaker, and went into cardiac arrest. The chances of surviving that kind of heart attack without immediate medical attention is almost zero.

EMT's had to assist him on the side of the road; Linda was driving him to the hospital when he stopped breathing.

"They did CPR, I arrived, I shocked him from his fibrillation and he went into a rhythm with heart rate, with pulses and he was still breathing," said Skip Yuhnke with the Elma Fire Department.

"They were here by the door waiting for us when we arrived, he went directly to the Cath Lab," said Yuhnke.

Just in the nick of time he was alive. But out of that terrifying, life threatening experience, his family gained a new family.

So much so that the medical team was invited to Sal and Linda's wedding three months later.

"Not too many people that can say you have some people at your wedding that saved your life," said Buscaglia.

"It's amazing to be able to see him walk, be able to go to his wedding, see him get married, hear about his stories to Disney. Truly it's a blessing," said Rachael Devine with the Elma Fire Department.

And heading into his 66th birthday on Valentines Day, Sal made a point to say thank you again, in person, at Mercy Hospital.

"I don't know if you ever wonder when you go home how wonderful you are and what you do," he said.