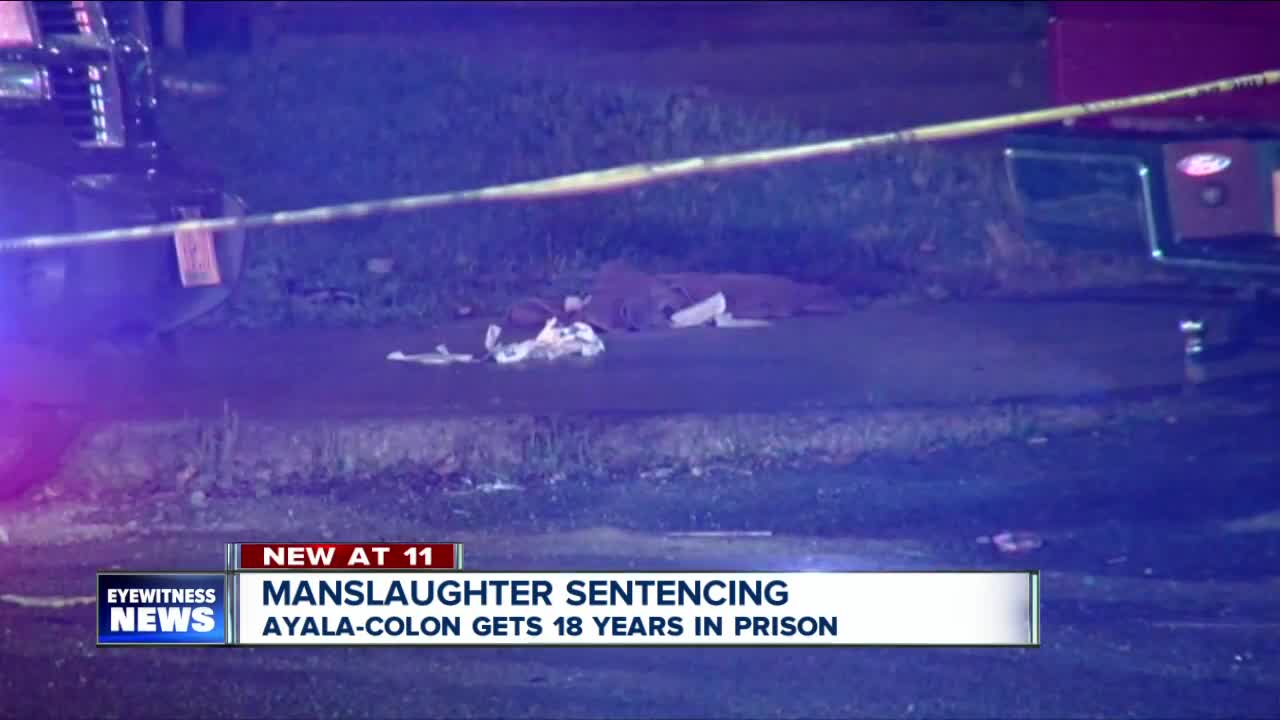 BUFFALO, N.Y. (WKBW) — A Buffalo man is headed to prison for a deadly shooting in Buffalo's Riverside neighborhood.

A judge sentenced 27-year-old Juan A. Ayala-Colon Tuesday to 18 years in prison followed by five years of post-release supervision.

Ayala-Colon shot 25-year-old Norbert Guzman Tapia outside of an apartment on Upper East Lane on August 27, 2019. Tapia died from his injuries.

In December, Ayala-Colon pleaded guilty to Manslaughter in the First Degree.