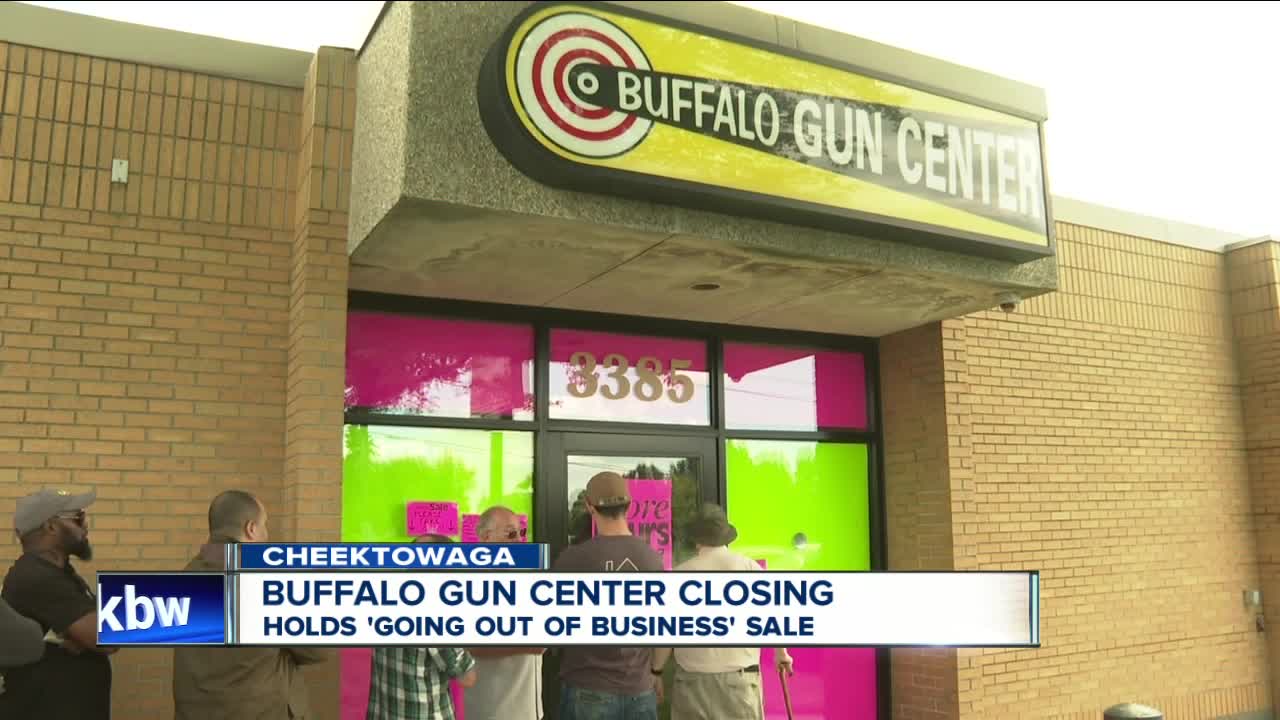 CHEEKTOWAGA, N.Y. (WKBW) — It looked like Black Friday outside the Buffalo Gun Center on Harlem Road in Cheektowaga Thursday, as the store opened its doors for a liquidation sale.

Loyal customers of the store were sent a letter from the owners of the business saying the store is closing after 71 years in business.

“It’s been around a long time. A lot of people love this store,” said Angela Strough, who came to the store to buy a gun during the sale.

The news that the store was closing came as a shock to many.

“It’s a shame that they’re closing after all these years,” said Leo Shonitsky, who has been a long-time customer of the store.

7 Eyewitness News attempted to speak with the owners but we were told they are not available for comment.

In the letter, the gun center calls this a “retirement sale” and says “we are closing our doors forever. All of our merchandise, store fixtures, furniture and equipment must be sold.”

The closing comes at a time when national retail chains are pulling guns from their shelves. On Tuesday, Walmart announced it will stop selling some guns and ammo in the wake of recent mass shootings, including one inside a Texas Walmart that left 22 dead.

We’re told the Buffalo Gun Center’s closing has nothing to do with political pressure and the owners are simply retiring and going out of the business.

Customers say because of the gun center’s closing, they’re forced to shop at big box stores for what they need for the sport.