Buffalo DPW crews respond to over 50 tree calls due to storm, seven traffic signals out across city

At least five street lights brought down due to high winds 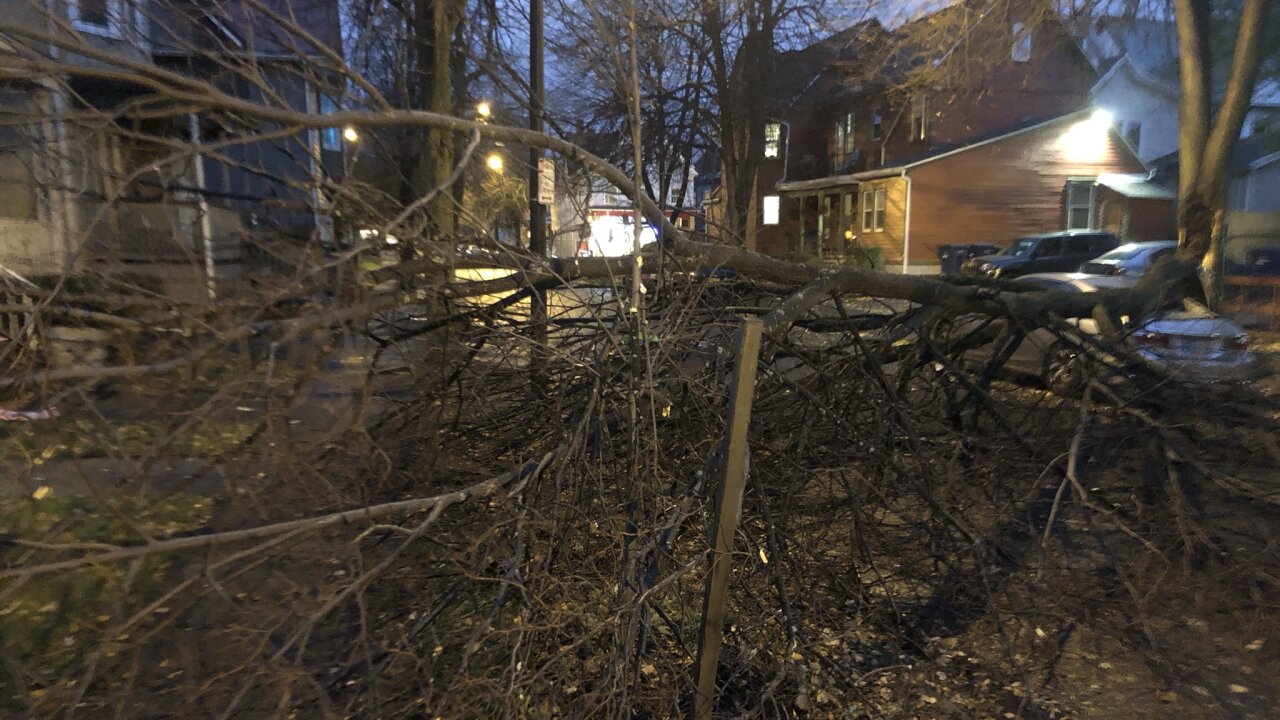 BUFFALO, N.Y. (WKBW) — Department of Public Works crews in Buffalo responded to over 50 tree calls on Sunday due to storm damage, meanwhile at least seven traffic lights are out, and five street lights were brought down across the city Monday morning.

According to a DPW spokesperson, about half of those roughly 55 tree calls were for whole trees that were down due to high winds.

City crews and contractors will continue responding to those tree calls throughout Monday morning.

As of approximately 2:45 a.m. Monday, seven traffic signals remain out across Buffalo, and drivers should treat those areas as four-way stops.

According to a spokesperson, high winds also brought down five street lights.

DPW officials say drivers across the city should be aware of possible down trees and limbs blocking roadways.

Authorities add that those areas where the street lights came down have been made safe.

As of 3 a.m. Monday, at least 1,750 people in Buffalo are without power, according to National Grid.