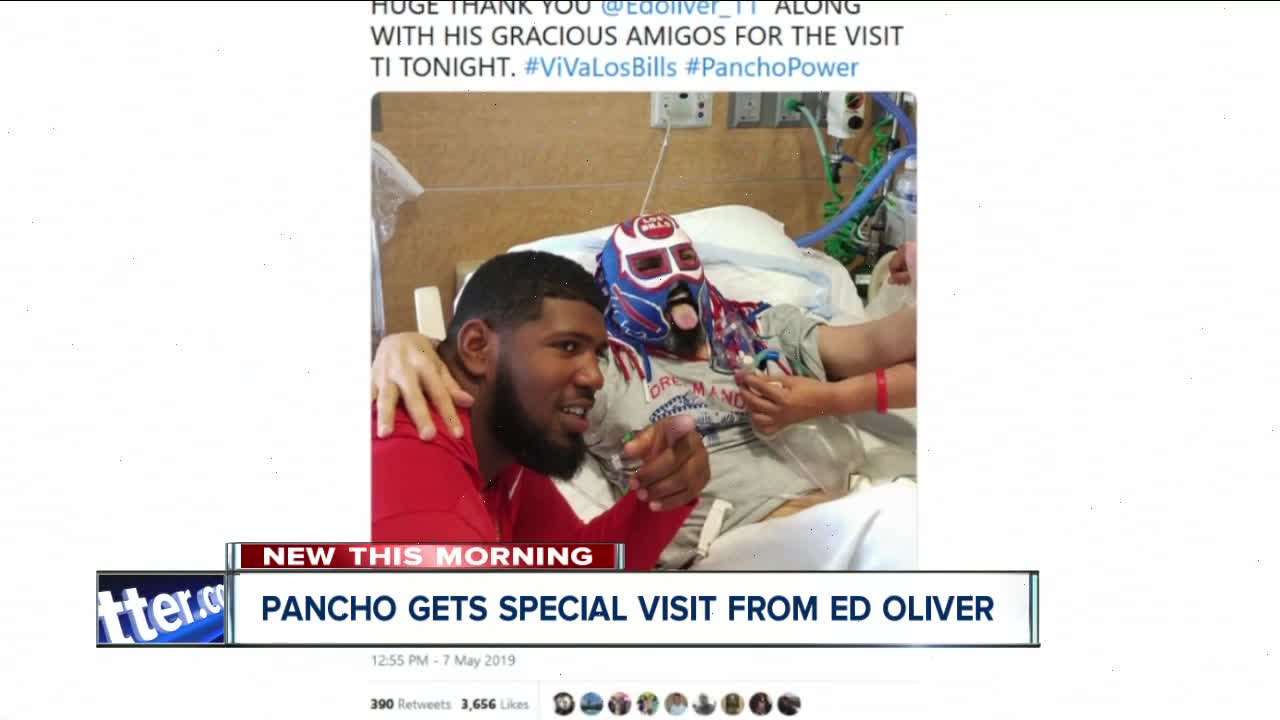 Ezra Castro, who is known as Pancho Billa tweeted a picture saying "huge thank you to Ed Oliver along with his gracious amigos for the visit."

Two weeks ago, Pancho Billa announced on the phone the team's first round draft pick during the draft.

He is currently in hospice for stahe four cancer in Texas.