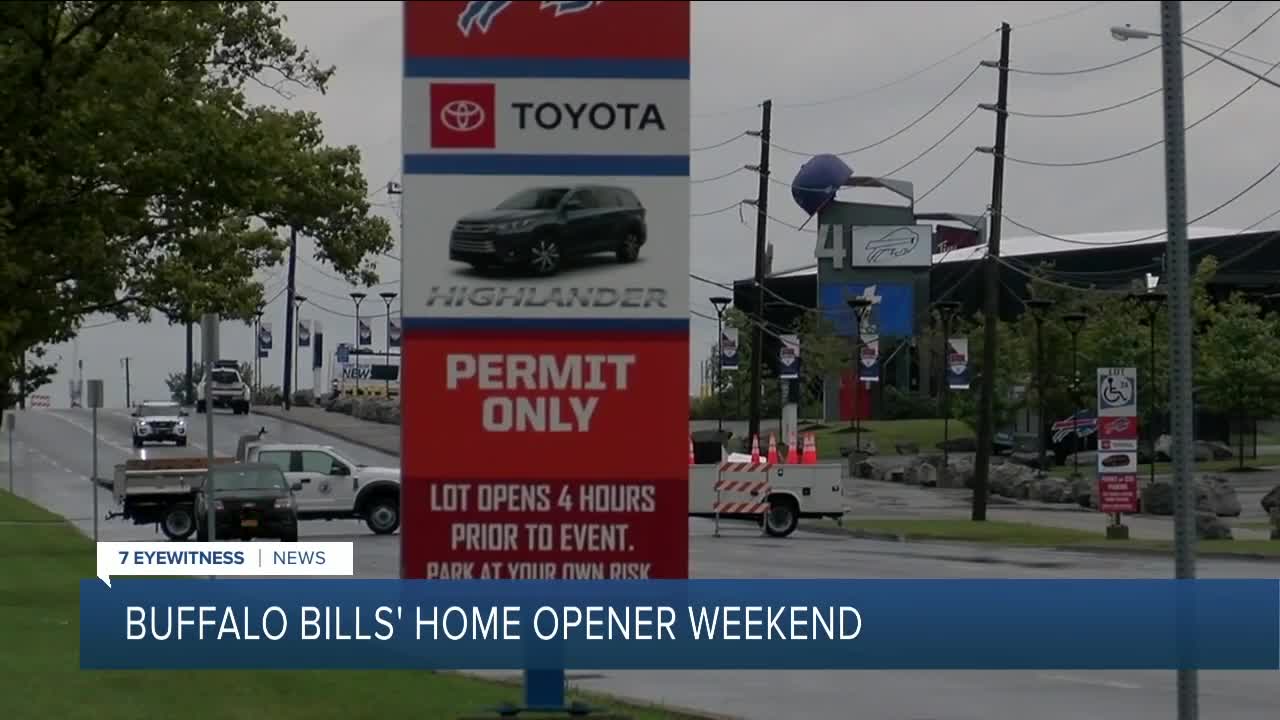 At this year’s Bills' home opener there's no tailgating, no fans in the stadium and no sea of fans dressed in red, white and blue filling the lots around the Bills stadium. 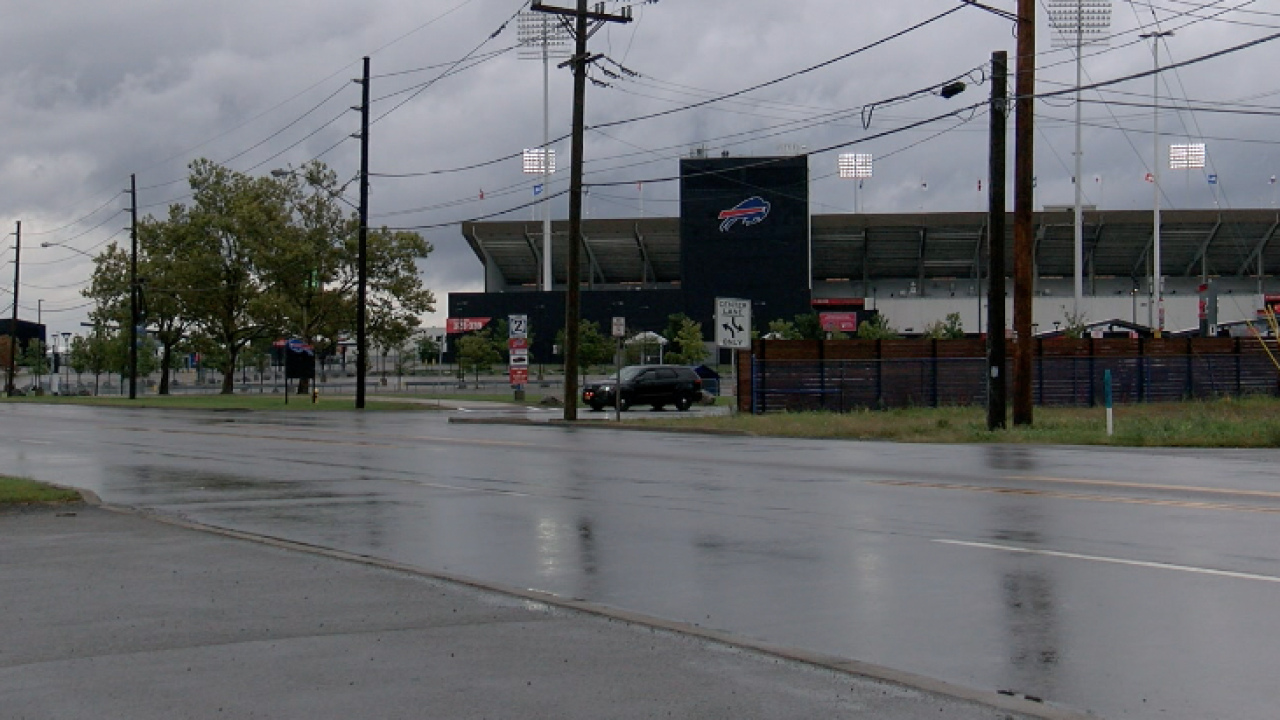 BUFFALO. N.Y. (WKBW) — At this year’s Bills' home opener there's no tailgating, no fans in the stadium and no sea of fans dressed in red, white and blue filling the lots around the Bills stadium.

Abbott Road looked almost deserted, save for the police cars. Sheriff’s deputies were on patrol Sunday making sure no fans gathered outside the stadium to celebrate the home opener.

But a group of close friends still managed to get together to carry out a 15-year-old tradition.

"We're just hanging out for the Bills game as kind of normal. It's definitely not normal, it's almost sad to an extent; as you're driving around you don't see, you don't smell, the sounds - everything is different this year it's definitely a different year," said Rich Foley, a Bills fan.

Foley and his wife Lauren moved to Buffalo from New Jersey five years ago. But they've been Bills fans for more than a decade.

"It's just part of life, we live down the street, we wanted to get as close to the stadium as we possibly could," said Foley.

With the stadium right in their back yard, it's been tough for them as season ticket holders to be so close, yet so far away. But they're staying optimistic.

"Hopefully all this is over soon and we'll be able to go in there and scream and shout and chant,"said Lauren Foley.

And like Foley described it, Bills games bring this community together, allowing everyone to put differences aside to unite around one team, with one ultimate goal.