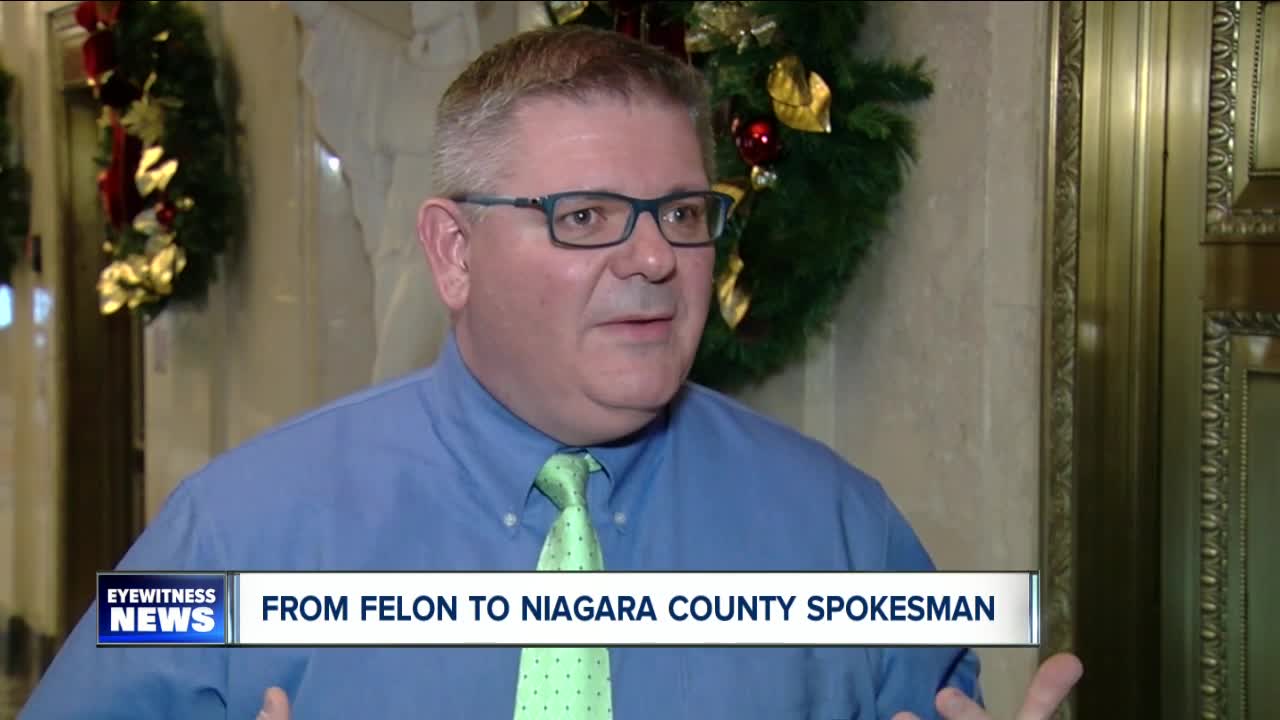 Kevin Schuler’s status as a convicted felon hasn't stopped him from landing a controversial new position as the public face of Niagara County government.

He was indicted and pleaded guilty last year to wire fraud and conspiracy. Prosecutors dropped a bribery charge when Schuler became a government witness.

But Schuler’s status as a convicted felon hasn't stopped him from landing a controversial new position as the public face of Niagara County government.

Niagara County legislators, led by the Republican majority, approved Schuler Tuesday night for a $79,000 per year job as the county public information officer. The hiring was first reported by Investigative Post.

Schuler has been active in Niagara County Republican Party politics for years. He said he sees this as a chance for a fresh start.

“I made a mistake, I've stood up many times and owned that mistake,” Schuler said Wednesday in an interview. “It's one mistake in a 25-year career. I can understand, Charlie, the skepticism some would have. I stood before the legislature and owned that mistake. I'm trying to move on and turn the page.”

Since his sentencing, Schuler has been working as a paralegal for his defense attorney, Terry Connors, specializing in “white collar litigation,” his resume states.

“I'm trying to let others know my mistakes, that I ignored compliance,” Schuler said. “I blew through red flags in that procurement and I'm an example of what happens where you can live a pretty exemplary life, and really, when you ignore compliance at your own peril, and you can have it all come tumbling down on you.”

But Democrats in the legislature say this is just another bad sign for a county with a history of dishonest public officials.

“He was the architect of the biggest felony case in New York State history,” said Minority Leader Dennis Virtuoso, a Democrat. “And we're hiring him as a spokesperson for Niagara County. I thought it was just outrageous.”

“It's always about someone's being indicted, somebody cut a plea deal, someone's under investigation, and this just adds to it,” Zona said.

Legislators agreed to give Schuler a salary that is $20,000 more than his predecessor, Virtuoso said. He said the job was only posted on the county website, and not advertised in local newspapers.

“This was a setup right from the beginning,” Virtuoso said. “We heard it three weeks ago that he was getting a job.”

Schuler disputed the idea that he received special treatment.

“So I applied, went through the process,” Schuler said. “If there's issues with the process, that's something that they raised last night, but that has nothing to do with me.”

Zona said, “I've seen a lot of stuff go down in that building in my eight years there. This one was the shadiest of all.”