Do you know the history of Buffalo's first chicken wing? 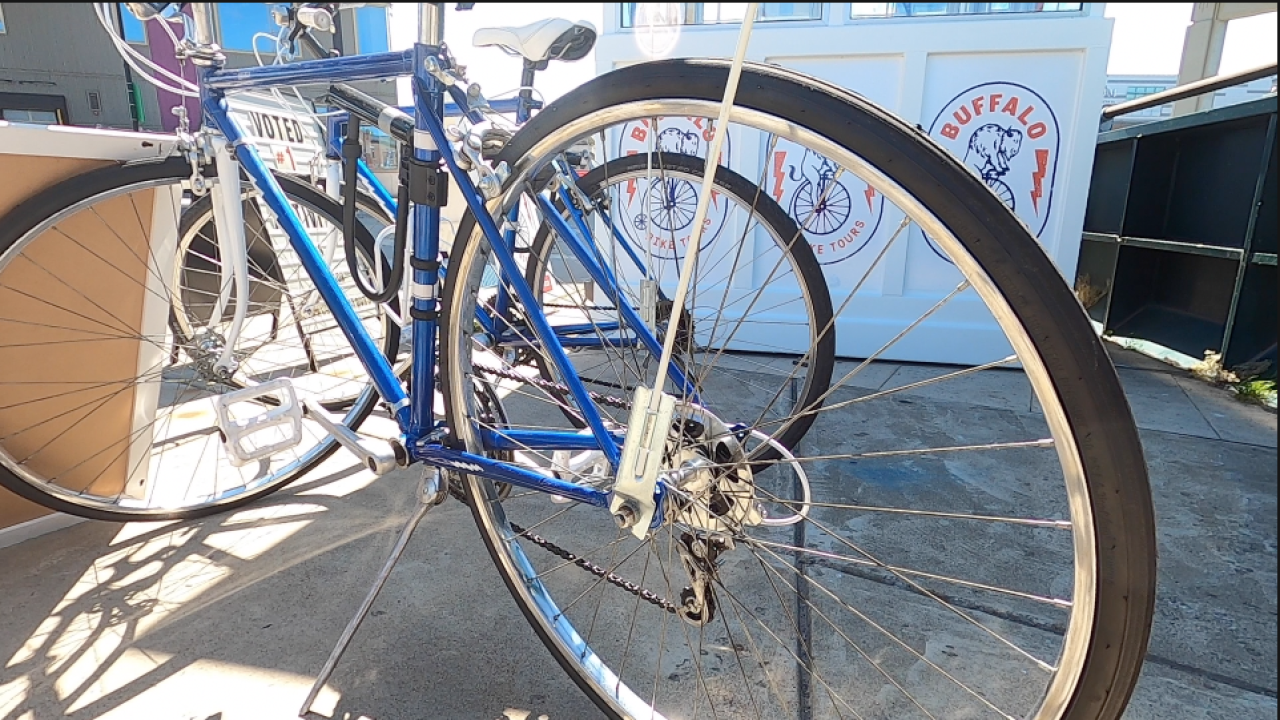 BUFFALO, N.Y. (WKBW) — Do you know the history of Buffalo's first chicken wing?

Many think they do but they may be missing out on the story of John Young.

John Young opened up "Wings n' Things" back in 1964 on Jefferson Avenue.

He met with John Young's daughter Lina Brown-Young and decided to include their story into his "Wing Ride" bike tour.

On a bike, Moscato brings people around Buffalo talking about the history of the chicken wing. He started this bike tour in 2018, and for this year, he wanted to add-in a stop to honor John Young and his "Mambo sauce" wings.

The Young family teamed up with Moscato to create "John Young Day" which will be celebrated June 27th.

The Young family hopes their father's legacy isn't forgotten and Moscato is excited to celebrate the lesser-known stories of Buffalo's history.

"The original wing hasn't been available in Buffalo for 20 years," Moscato said.

On Saturday, people can come to the Buffalo Bike Tours hut at Canalside and get some FREE mambo wings.

Lina Brown-Young will be making the secret recipe in the Broadway Market and will bring enough to feed 100 people.