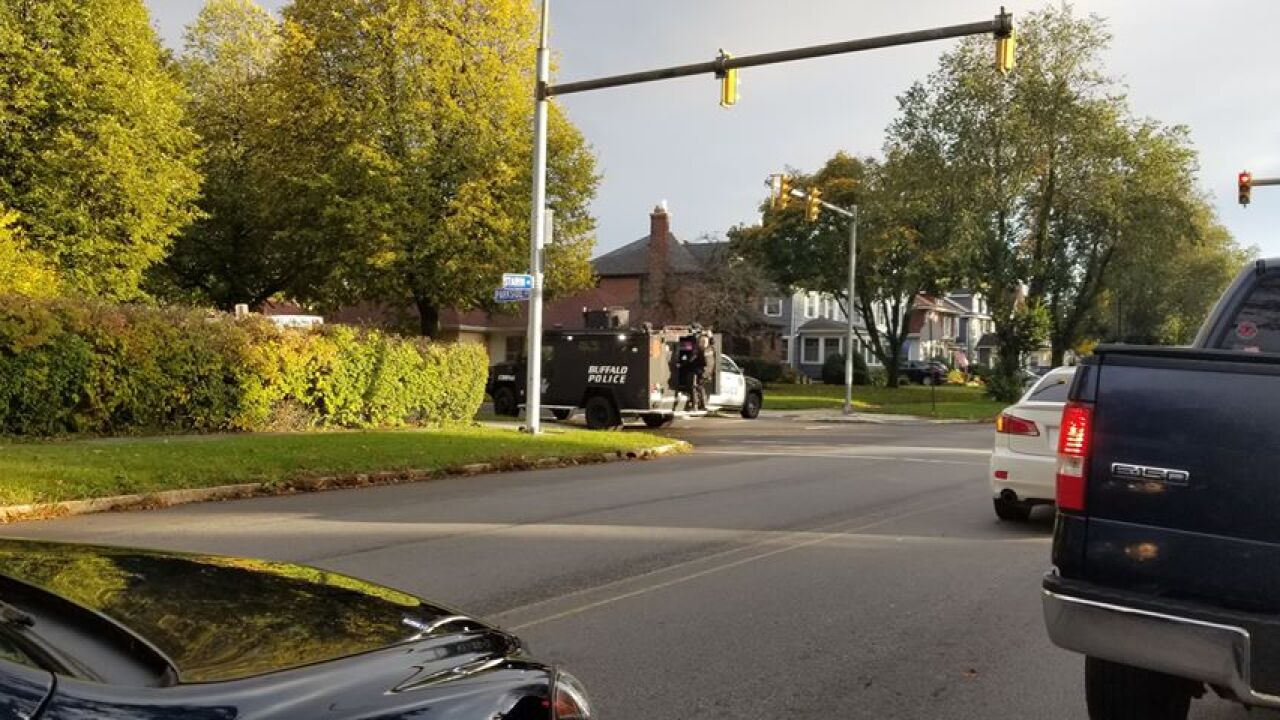 BUFFALO, N.Y. (WKBW) — A four-hour standoff between Buffalo police and an armed man who barricaded himself inside his home ended peacefully Tuesday night in North Buffalo.

"Unfortunately found himself in a crisis, it's something that our officers are trained to deal with," said Buffalo Police Captain Jeff Rinaldo.

At around 4pm Tuesday, police were called for a welfare check on a suicidal individual on Covington Road, near Hertel Avenue and Starin Avenue.

BREAKING: BPD SWAT on scene of a standoff in the first block of Covington Road. Motorists should avoid the Covington, Parkside, Starin area as roads are closed at this time.

When officers arrived, Rinaldo said the person in question was unwilling to communicate with them. That prompted a call to involve SWAT and Crisis Management, and police shut down surrounding roads during the evening rush hour.

"After a few hours of speaking to him on the phone, we were able to successfully negotiate his surrender without incident," said Rinaldo.

The man inside the home had a shotgun, according to Rinaldo. He is now in police custody being evaluated at ECMC.

If you, or someone you know is struggling with suicidal thoughts, help is available. Click here for the National Suicide Prevention Lifeline.