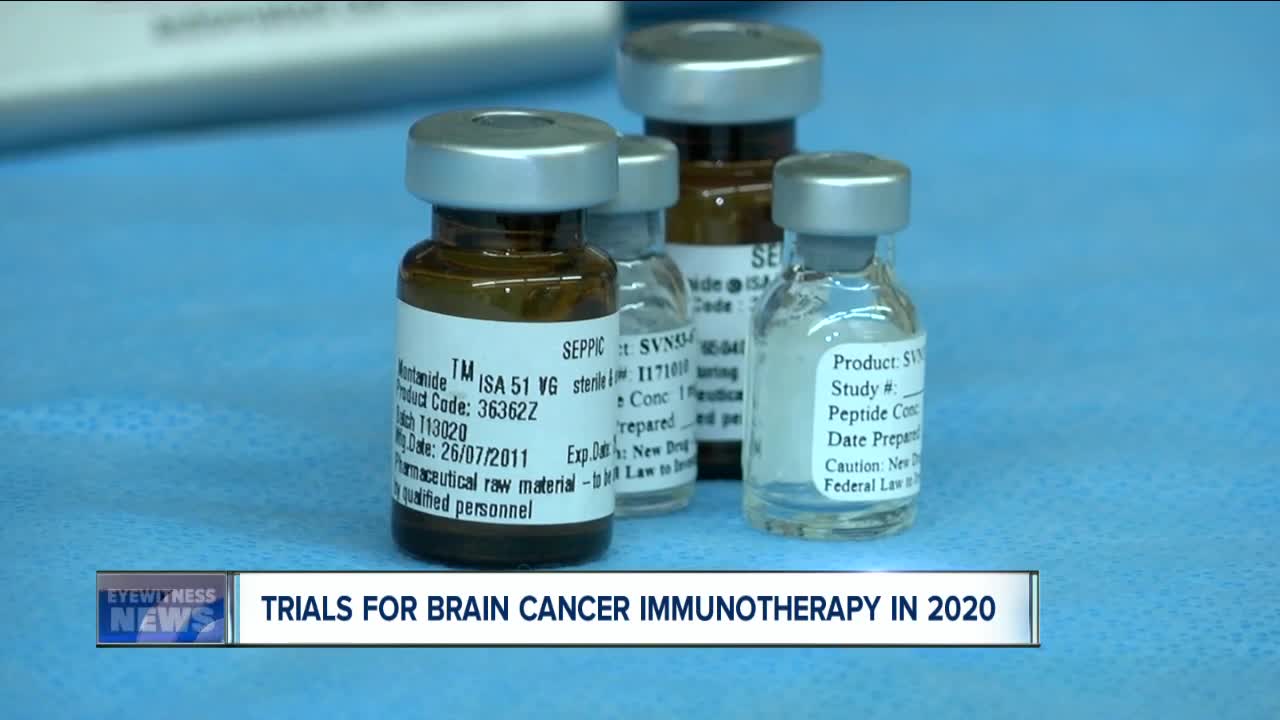 A drug called SurVaxM that is designed to treat a form of cancer called glioblastoma, will be used in a large clinical trial in 2020.

BUFFALO, N.Y. (WKBW) — A drug called SurVaxM that is designed to treat a form of cancer called glioblastoma will be used in a large clinical trial in 2020.

The immunotherapy drug was discovered and developed by Dr. Robert Fenstermaker and Dr. Michael Ciesielski at a lab Roswell Park Comprehensive Cancer Center.

Glioblastoma is malignant brain cancer with a survival rate of only 15 months after diagnosis, and it affects 15,000 people a year in the U.S.

"We immunize the patient against that protein in a particular way, so that it can attack the cancer cell," said Dr. Fenstermaker

MimiVax, a Roswell Park spin-off company, has partnered with Fosun Pharmaceutical in Shanghai, China. This would provide doctors with the funding they need - $10 million - to move ahead to the next phase of clinical trials both here in the US and in China.

"The upcoming trial will be approximately 250 patients, 20 centers across the U.S. and China. So that increases the statistics and gets a better feeling for how effective the drug is," said Dr. Ciesielski.

The team has already studied 63 patients who were treated with SurVaxM last year, and the survival time was significantly longer. Clinical trials are expected to begin next year.

Right now there aren't any FDA-approved immunotherapies for glioblastoma in the U.S. Dr. Fenstermaker said they hope to get that approval after clinical trials are done.