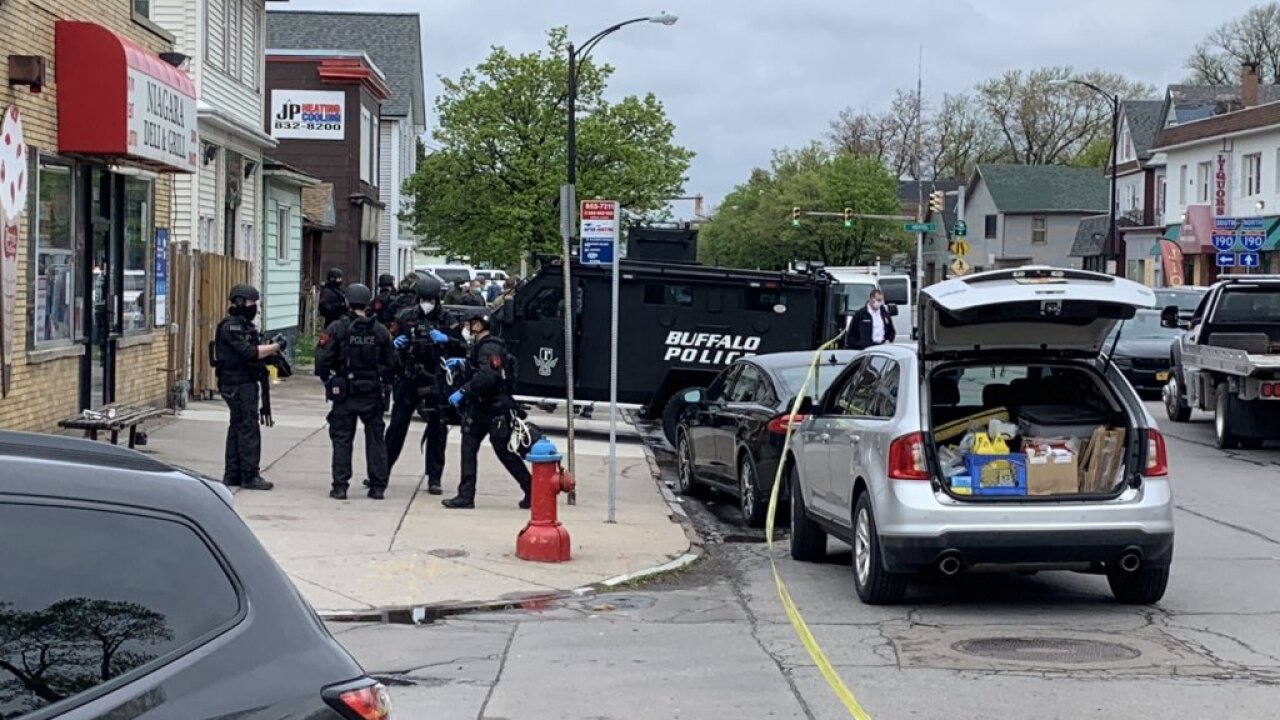 BUFFALO, N.Y. (WKBW) — The Buffalo Police Department said in a tweet that Swat Officers were shot at during the execution of a search warrant Monday morning.

This happened in the the 2000 block of Niagara Street.

BPD Swat officers were shot at by one of the suspects, then Swat returned fire and two suspects are in custody.

Police said no one was injured during this incident, and detectives are on scene investigating.