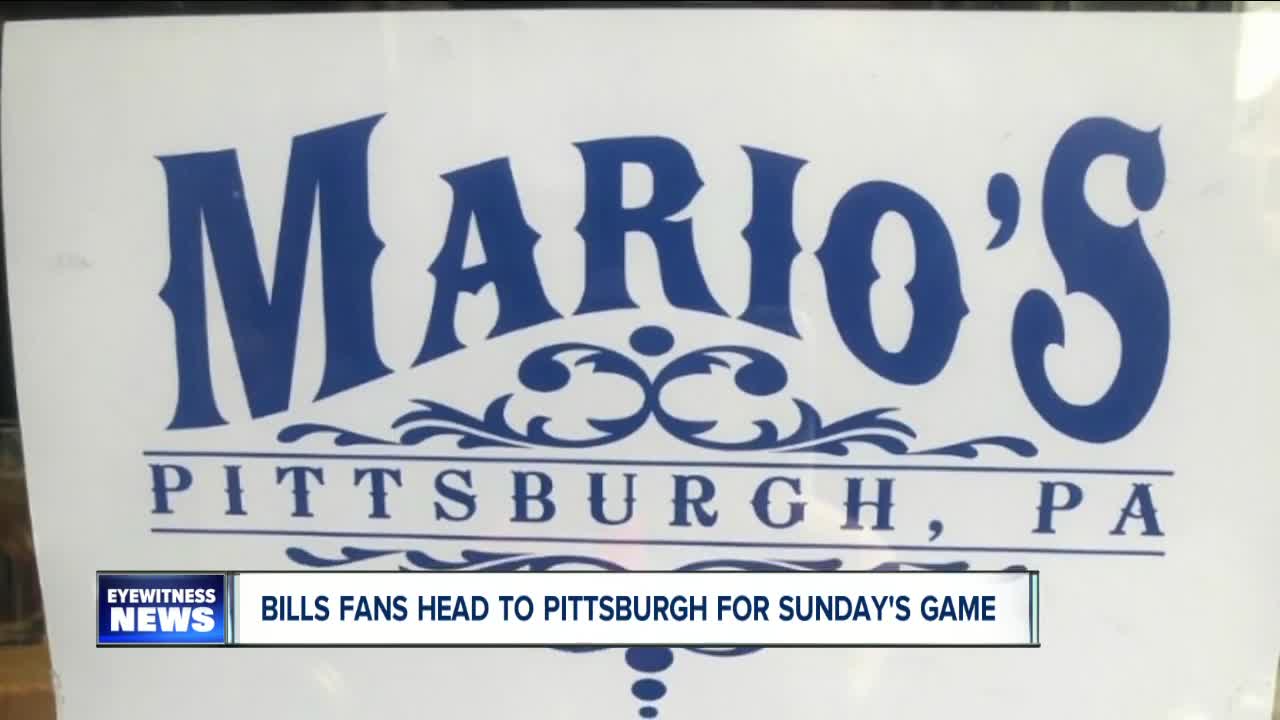 BUFFALO, N.Y. (WKBW) — Steelers fans, look out. Bills Mafia is planning to invade the Steel City, and the Bills Backers Chapter of Pittsburgh is ready for some football.

“It’s really easy to love a winning team, and Pittsburgh has had a winning team for so long that they don’t understand the trials and tribulations that Bills fans do,” said Bills Backers Pittsburgh President Kerriann Didier. “This is a big game for us.”

Didier says the group is planning a big party for Saturday night at the Bills Backers Bar in Pittsburgh. Details here.

“We’re excited to have our family here,” she said.

It’s a quick trip from Buffalo to Pitt, and some want to kick back and relax, like Shawn Anastasia who rented a 56 person coach bus for Buffalo Bills and Steelers fans.

Anastasia is a driver for UPS by day, and even though he’s been working some long hard days for the holidays, he’s ready to cheer on his team. Anastasia is a Steelers fan, and has been since 1973. In 2015 he was diagnosed with non-hodgkins lymphoma and ever since that day he tells me he doesn’t let opportunities pass him by.

“It’s going to be one of the best games of the whole NFL season,” he said.