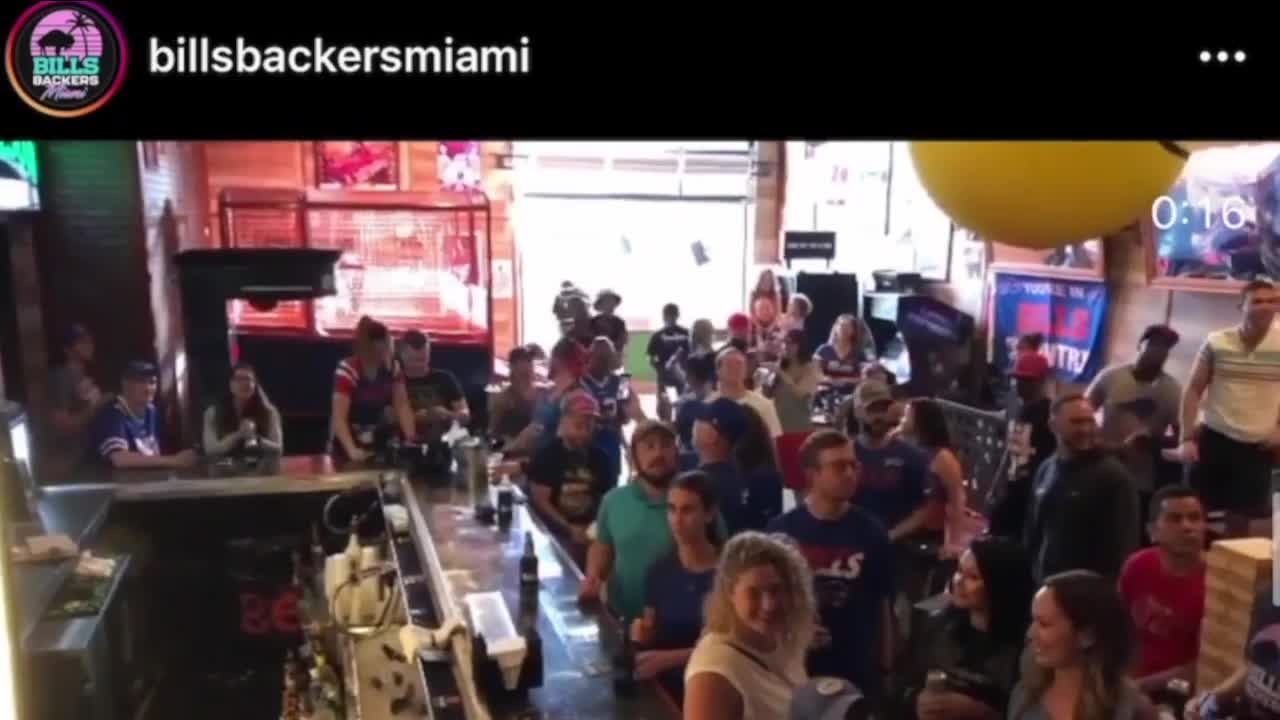 BUFFALO, N.Y. (WKBW) — It’s a sight we’ve never quite seen, the home opener in Orchard Park with absolutely no fans in the stands or parking lot.

Down the coast in Miami, a different state and different rules. 13,000 fans will be allowed to attend the Bills vs. Dolphins game on Sunday at Hard Rock Stadium.

“We had over 100 tickets saved and then they erased everyone’s tickets and started over,” said Jonathan Holler, who runs the Bills Backers chapter in Miami.

Holler says a ton of Bills fans from Buffalo are making the trip down to South Beach for the game.

“Bills fans are scooping up every ticket that’s going on the market,” he said. “I really think there’s going to be more Bills fans than Dolphins fans Sunday.”

Bars are closed in Fort Lauderdale and Miami, so the Bills Backers say they are doing what they can with this new normal to bring together the best fans in the NFL.

“At the end of the day, everyone will be having fun,” Holler said.

But the elephant in the room is New York’s quarantine rules, and while it’s all fun and games going to Florida, coming back is another story.

Per New York’s Executive Order, you must quarantine for 14 days upon arriving from a state like Florida, which is on New York’s list.

The State Health Department says despite these efforts to insure everyone is quarantining, some people have not been responsive, and their information is sent to the local health department personnel for in-person quarantine checks.

Regardless, Bills fans tell me they plan to be safe, but also find some normal balance.