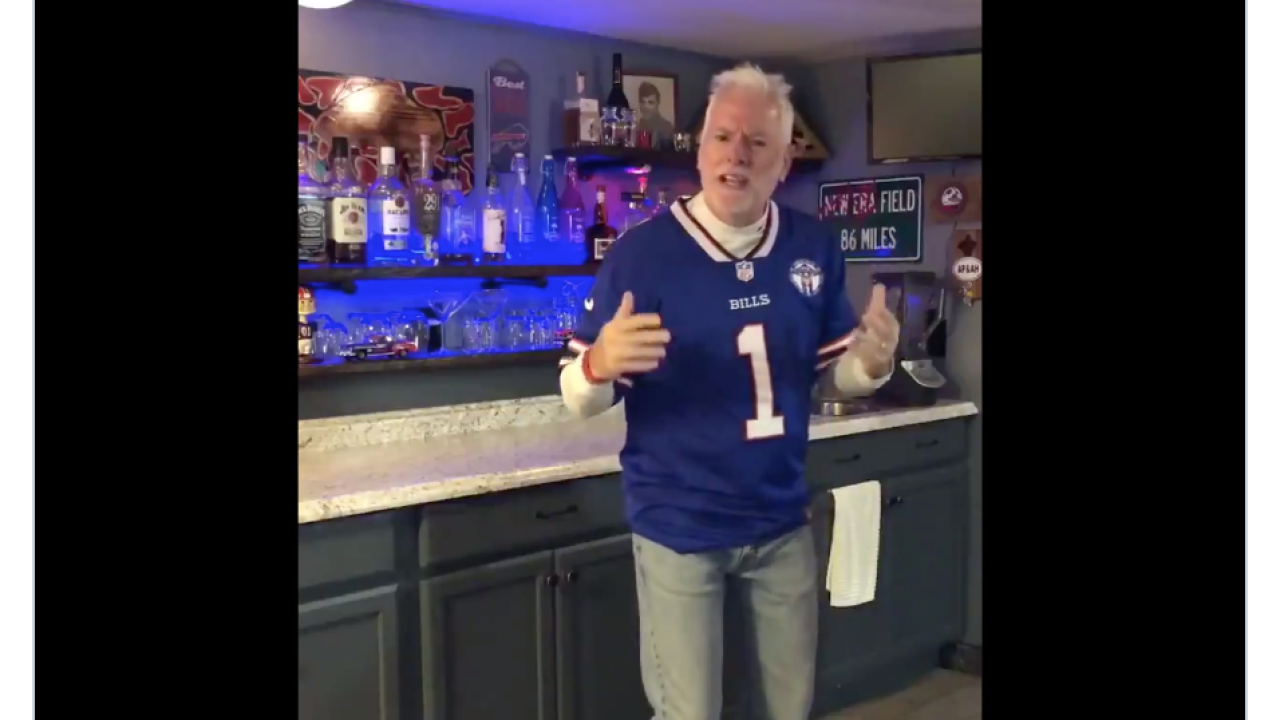 Bills Dad readies for another season of Buffalo football.

ROCHESTER, N.Y. (WKBW) — Every Saturday before the Buffalo Bills take the field, one man is singing his heart out in his basement. That man is Dick DeGroat, he's called "Bills Dad" and is preparing for his fourth season of videos.

"Here's this crazy old guy singing off pitch quite often, just some goofy song," DeGroat said, "and people are going nuts over it."

DeGroat starting singing Bills themed songs in 2017, as an invitation to his kids to watch the game at his house.

"It wasn't intended to be anything more than a text to my kids inviting them over to watch the game," DeGroat said, "it went viral and the rest has been a joy ride ever since."

The rest, as they say, is history. DeGroat has hundreds of thousands of views on twitter as he sings a Bills themed song every week the team plays. It's a way to prepare himself and other fans for the next opponent. His twitter videos have given him the title "Bills Dad" for thousands of fans. It's a title he wears with pride.

"Being a Bills Dad to me is an honor and a privilege because to me, if I'm a dad, I couldn't be more proud of the family we have."

DeGroat almost stopped making the videos when he was receiving hate online, but the love Bills fans showed kept him going.

"I had to put it in perspective and realize, for every single hater there's a thousand other people who love what is going on," DeGroat said.

DeGroat will continue to make these videos as long as people are watching. In fact, he can't really stop as he is tied with the current management of this Bills team... kind of.