Bee-lieve it or not: beekeeping can help with PTSD

Veterans' groups are exploring the therapeutic effects of beekeeping on anxiety 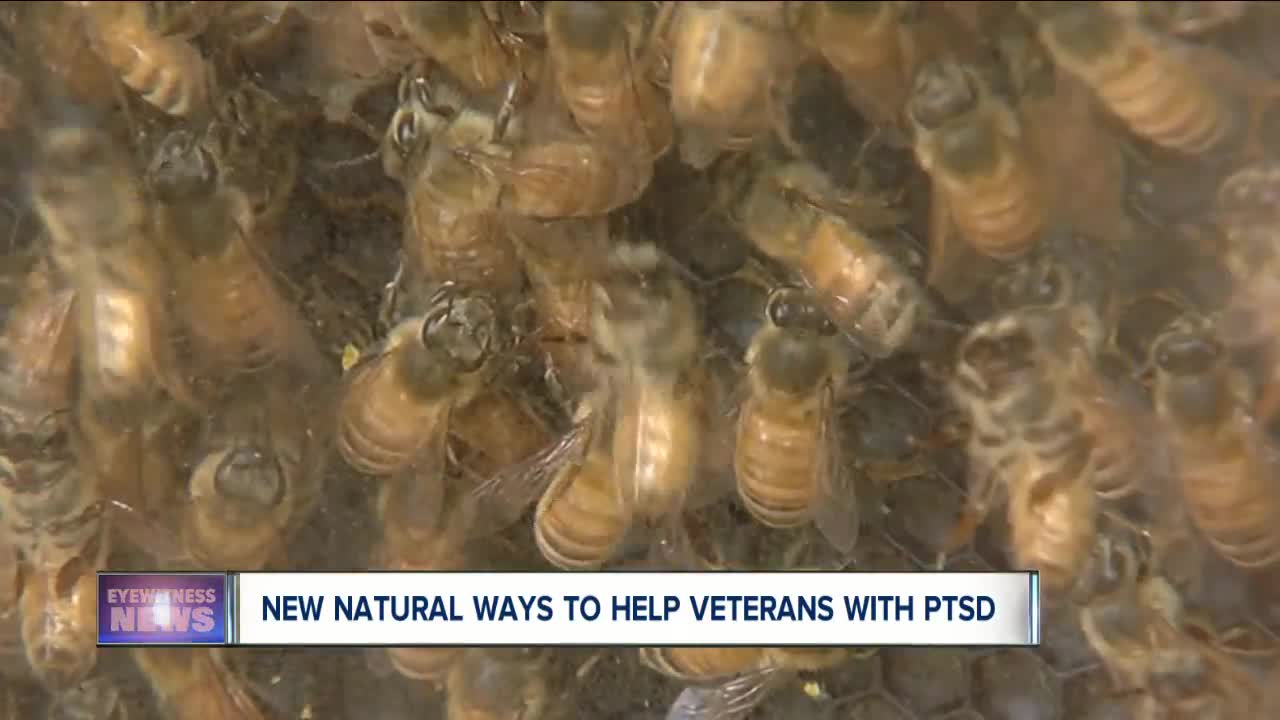 EAST AURORA, N.Y. (WKBW) — When you think about it, beekeeping is not something most people would consider as a way to calm themselves from anxiety and stress.

But the Veteran's Administrations and veterans' groups across the country are finding that beekeeping can help those who are dealing with post-traumatic stress disorder, known as PTSD.

Masterson's Garden Center in East Aurora is a major seller of beekeeping supplies.

It working in partnership with a local program called "Helmets to Hives" to teach veterans about the basics of beekeeping.

According to owner Mike Masterson, beekeeping forces veterans to concentrate on the bees which helps block out traumatic memories from the past.

"It gives them a sense of empowerment knowing that were able to safely handle a potentially scary situation with large numbers of honey bees," added beekeeper Erin Holko.

The calming effect of working with nature has a side-effect of helping decrease the need for medication to deal with anxiety issues and PTSD, added Mike Masterson.

There is another plan in the works to help veterans use nature to deal with anxiety.

Glenn DiTillio, a former Marine, is now trying to raise money to build a veteran's greenhouse and nature retreat center on Zimmerman Street in the North Tonawanda.

DiTillio said he hopes to raise over $300,000 for the project which is called "Your New Life."

The idea is to have a greenhouse where veterans can grow produce for the community. In addition, it will have features so it can be used as a nature retreat center.

It is hoped, said DiTillio, that connecting with nature can help veterans who are returning from combat to re-connect with the serenity of nature and the community.