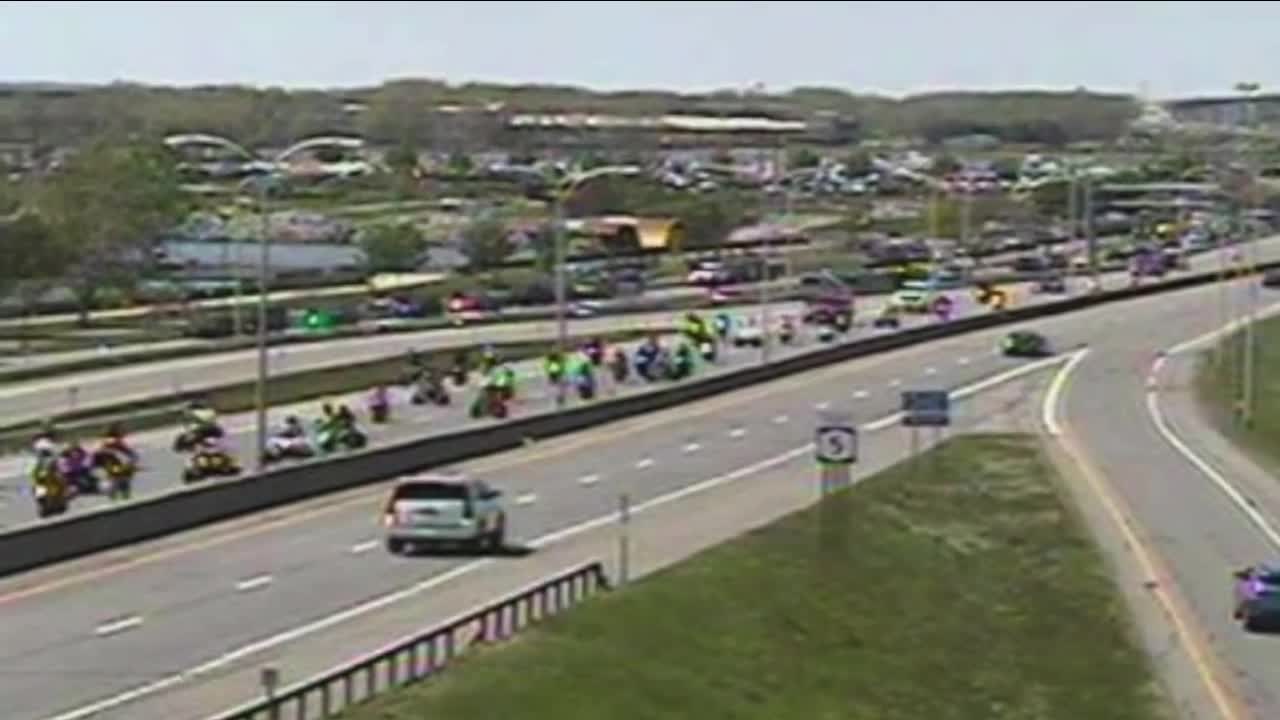 Off road vehicle convoy through WNY. 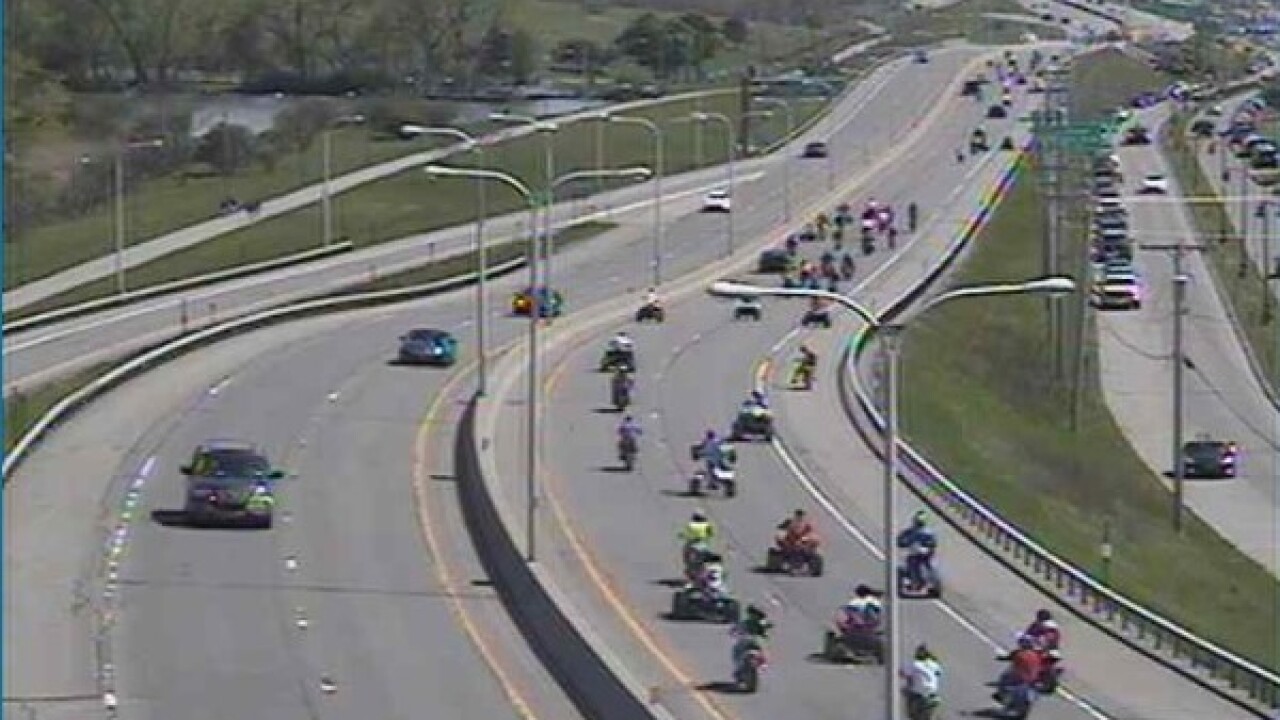 BUFFALO, N.Y. (WKBW) — Hundreds of off road vehicles were spotted roaming through the streets of Western New York Sunday afternoon.

You can see a small fraction of the caravan from a NITTEC camera looking over the Skyway in Buffalo.

The ATV's, dirt bikes and motorcycles had just rumbled through Downtown Buffalo moments before. Pictures and videos sent to the 7 Eyewitness Newsroom show the bikes in nearly every part of the city, West Seneca, Lackawanna, into the Northtowns, the Town of Tonawanda and up to Niagara County.

"They were doing wheelies, just basically whatever they felt like doing," said Jim Burns who saw the bike caravan while he was at Dashs on Hertel Ave. "They could have killed someone."

On Niagara Street in Buffalo, an eyewitness says the caravan was spotted going the wrong way down the street, doing burnouts and disobeying traffic laws.

Buffalo Police Captain Jeffrey Rinaldo says officers tried several times to stop the riders, but he says there was so many of them to pull over without creating unsafe traffic conditions.

Rinaldo says he has heard of this happening in other parts of the country as well.

7 Eyewitness News has learned the ride was #716BikeLife bikes up guns down to stop the violence.

The caravan was also spotted up in Niagara County. The Niagara County Sheriff's Office says in conjunction with Niagara Falls Police, Parks Police, North Tonawanda Police and State Police, 12 tickets were issued and several ATV's and dirt bikes were towed.