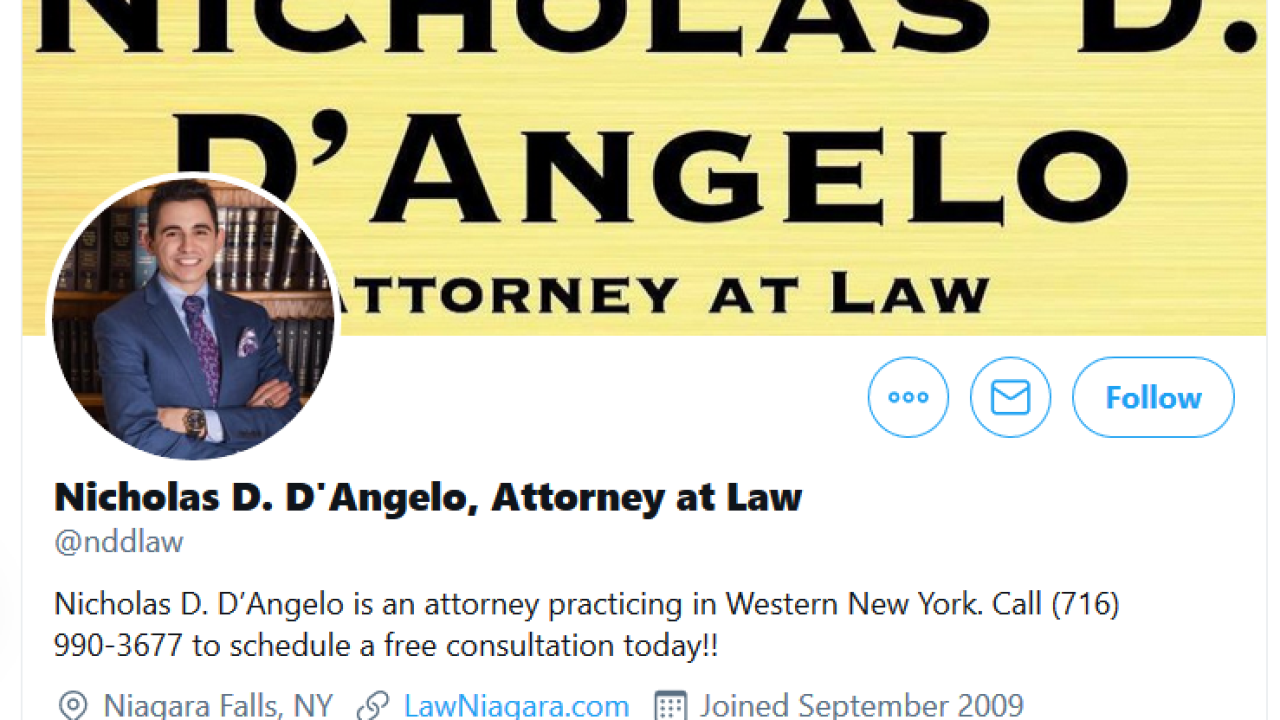 Nicholas D. D'Angelo is facing a long list of charges including rape, sexual abuse, and criminal sexual - all felonies, in addition to unlawful imprisonment and patronizing a person for prostitution - both misdemeanors.

The Erie County District Attorney's Office was appointed as special prosecutor for this case after the Niagara County D.A.'s office recused itself.

According to prosecutors, D'Angelo met his first victim in the fall of 2016 through an online dating site. After picking her up at her house for a date, investigators say D'Angelo pulled over, locked the doors and raped her.

In October 2018, prosecutors say D'Angelo raped his second victim inside his law office in Lockport.

In 2019, the district attorney's office says D'Angelo hired a prostitute under the age of 17 and had sex with the victim three times between August 28 and October 7 in both North Tonawanda and at his law office in Niagara Falls.

Following his arraignment, D'Angelo was released on his own recognizance. He is due back in court December 9.

If convicted on all charges, he faces up to 35 years in prison.