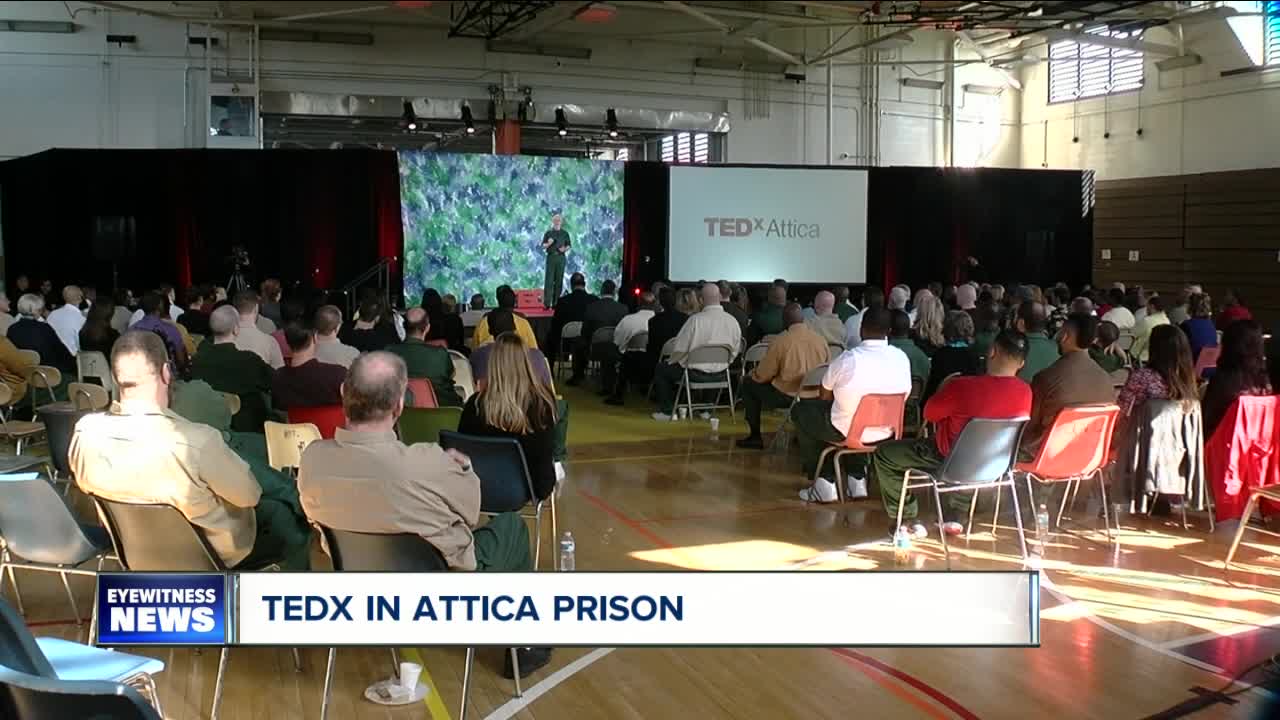 In a new effort to put a more human face on incarcerated individuals, the New York State Department of Corrections and Community Supervision (DOCCS) agreed to allow TEDx to record a program inside the prison with prisoners and civilian guest speakers.

But in a new effort to put a more human face on incarcerated individuals, the New York State Department of Corrections and Community Supervision (DOCCS) agreed to allow TEDx to record a program inside the prison with prisoners and civilian guest speakers.

"TED Talks" are popular on the internet as people share inspiring messages and thought-provoking ideas.

"There are a lot of people in prison who have done bad things but are not bad people. They can change over time," said Acting Commissioner Anthony Annucci for DOCCS.

Using the "TED Talks" template of multiple speakers giving short presentations, prisoners gave heartfelt reflections about their crimes, the impact on their victims and reality of prison life.

Several also talked about how reflection, exercise, hobbies and music are helping them overcome despair, anxiety and depression.

"And for a brief period of time, everyone in the audience is really equal," added Commissioner Annucci.

The main focus of "TEDx Attica" was on how the inmates are trying to make themselves healthier physically, emotionally and spiritually.

"One day we hope to be a productive part of the community when we are released," said Jemar Kelley from Buffalo, who is serving 50-years to life for murder, attempted murder, and criminal possession of a weapon.

Kelly is now part of a youth mentor-ship program at Attica that hopes to direct younger people away from a life of crime.

"This is a chance to reshape perceptions and be part of a ground breaking event," added Roland Murphy, who is serving 25-years to life for murder and attempted robbery.

Murphy agreed to be part of the TEDx program to talk about how he came within seconds of committing suicide, due to his lengthy jail sentence, but found a new purpose for his life.

"Sometimes you don't see things as being possible," said Murphy, who hopes the inmates' stories will remind people that prisoners are human beings trying to recover from terrible mistakes.

McAuliffe told the audience of prisoners and invited guests that everyone should "think big" and not be afraid to fail in that effort.

"You made a mistake. It is time to move on," said McAuliffe.

"TEDx Attica" was recorded by a professional crew for use on theTED Youtube channels.

There are now plans for another TEDx program to be recorded at New York State's Sing Sing Correctional Facility.