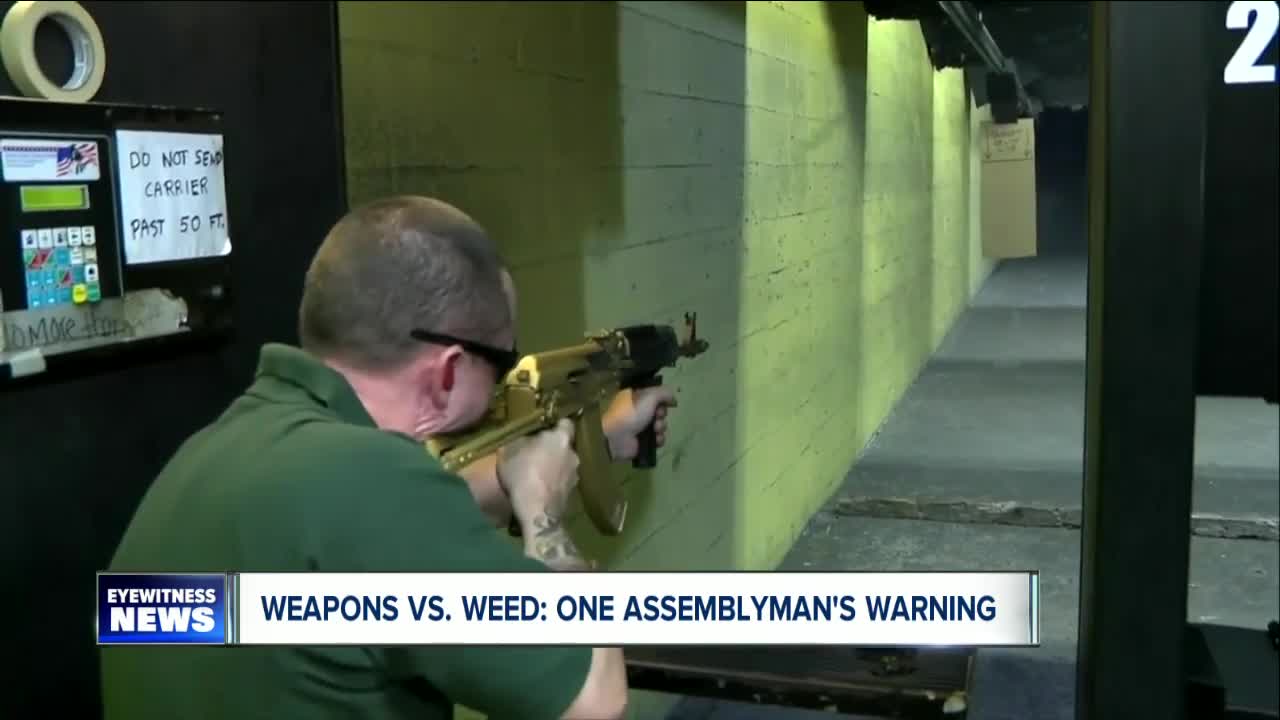 Assemblyman David DiPietro posted a video to Facebook warning gun owners about what a marijuana purchase could look like.

“Marijuana is possibly going back into the budget,” according to Assemblyman David DiPietro.

“If you own guns, and you just bought pot in New York State, you are going to lose all your firearms,” he said in the one-and-a-half-minute video.
DiPietro, who represents all of Wyoming and the southern portion of Erie County, said he's hearing one provision includes requiring the buyer to be entered into a database at the point of sale. That would then be cross referenced in the state's existing gun permit database.

DiPietro’s video has been shared thousands of times. He's glad it's getting some attention. He said he wants to spread the word about what's being discussed in Albany.

“If it's passed, I definitely feel it's something every gun owner what that entails when you go to buy it.”

Federal law already prohibits anyone who uses marijuana from possessing firearms or ammunition. That includes those who use it for medicinal purposes.
Some say those laws should be changed. That would take an act of Congress.