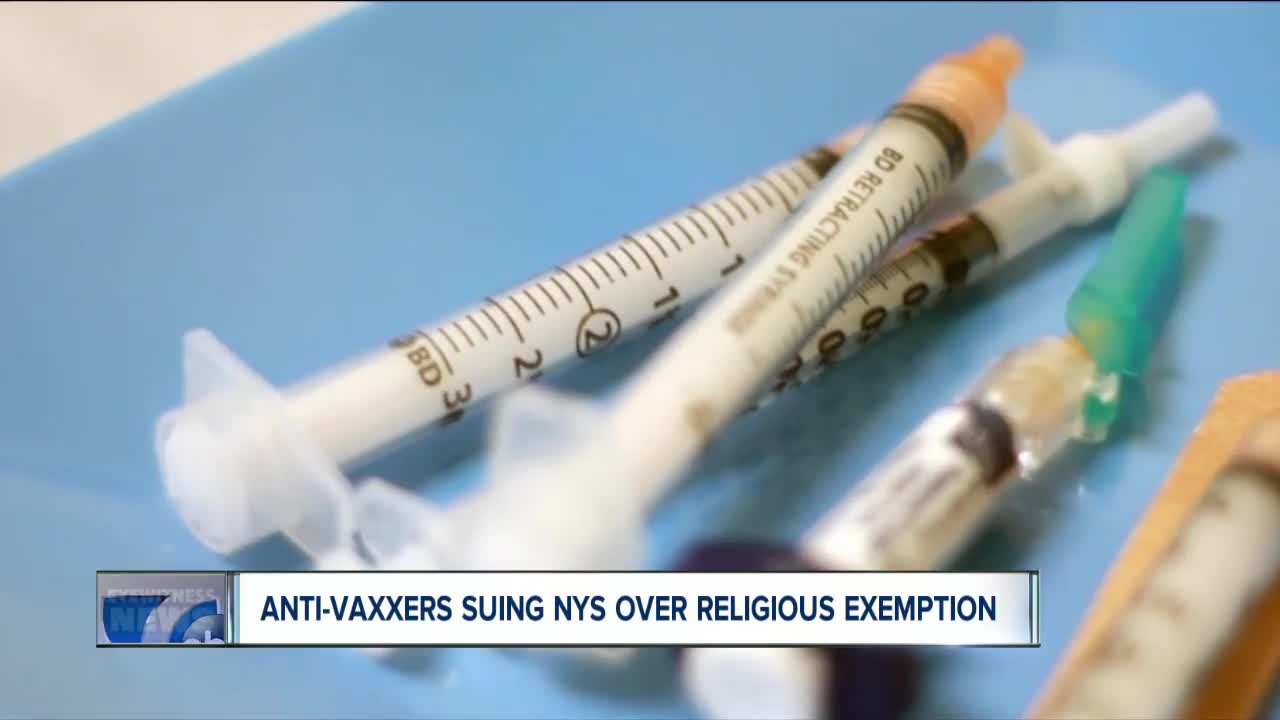 BUFFALO, N.Y. (WKBW) — Every student, in order to attend either private or public school in New York must be vaccinated. That’s according to a new state law. There is no more religious exemption.

As of last month, the legislation was passed in an effort to make school children healthier, and put the state immunization rate up to the CDC recommended 95%. This is a reaction to the number of measles cases skyrocketing this year across the country.

The removal of the religious exemption is not sitting well with everyone.

Fifty-five families across New York are suing the state, demanding their religious freedoms be reinstated.

“I believe this is largely about active hostility towards religion. I do not believe it is about public health,” said Michael S. Sussman, the attorney representing the families.

Sussman says 26,000 students across the state won't be allowed to attend school.

Not a part of that lawsuit, but very much for it, is a Western New York mother who wants her identity concealed.

“I think, they thought that they had this completely finished and done. So, I'm actually very excited about it,” said the mother about the lawsuit.

She's not going to change her mind about vaccines, so there's going to be big changes for her family.

QueeNia AsheeMa’at's son is already home schooled. But, says people who refuse vaccines because of religious beliefs are finding themselves in difficult situations.

“People right now, are not having their child in daycare because they had to pull their child out of day care,” said AsheeMa’at.

She believes this lawsuit has a strong case because of the first amendment.

The 55 families are also suing because the state did not hold any public hearings on the matter. A judge is expected to rule on a temporary stay on religious exemptions by the end of the week.