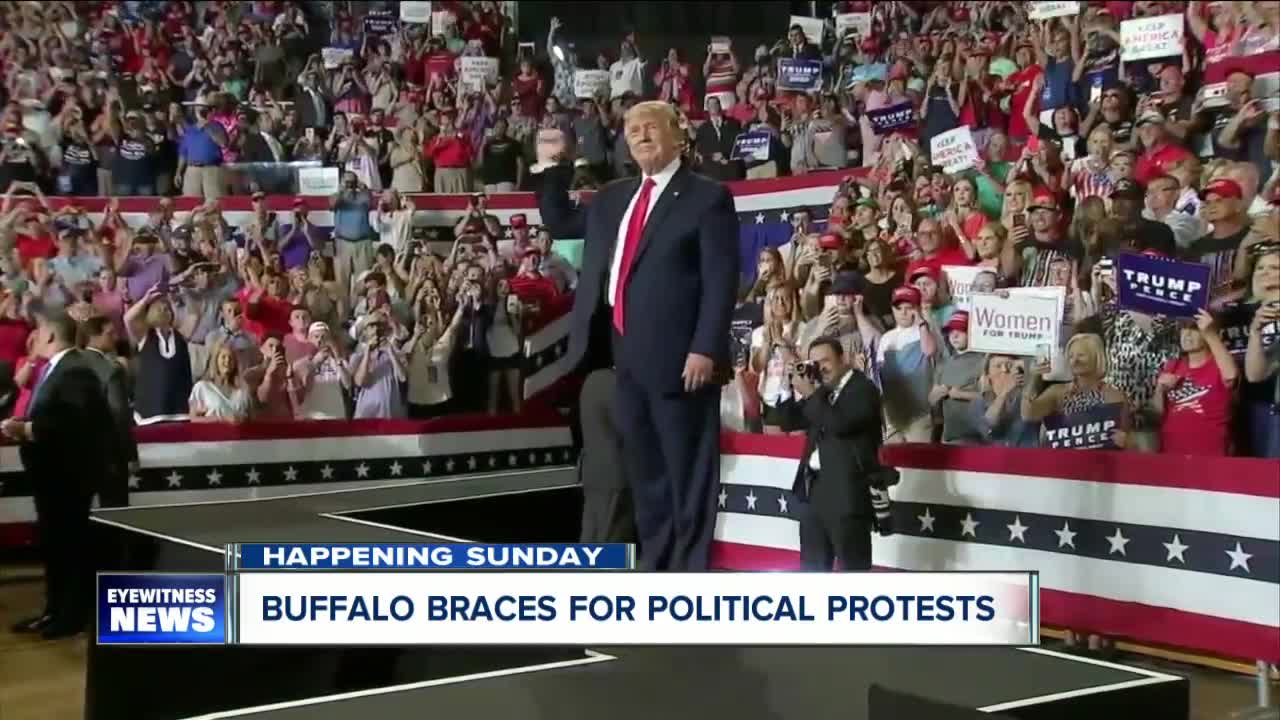 “We want to show support for the president,” said political activist Rus Thompson.

On the left, McMurray is calling his protest “America is better than Trump” and it comes on the heels of comments made on Twitter by President Trump, targeting four women of color in congress.

On the right, political activist Rus Thompson is countering the anti-Trump protest.

Buffalo Police say there will be extra patrols on hand for this weekend’s rallies, which start Sunday at 1:00 p.m. at Elmwood and Bidwell.

Last week, demonstrators in Buffalo shut down part of Delaware Avenue for hours, protesting refugee camps on the southern border.

Police say those protesters did not have a permit. The City of Buffalo requires a permit when protesters plan to use a loud speaker or shut down a road. So far, police say the anti-trumpets have a permit. Thompson tells me his pro-Trump rally doesn’t need one, because his group isn’t planning on doing any of those things.

“I don’t think the support to get rid of the president or impeach the president is as big as they hoped it would be,” Thompson said. “Bring your American flags and show support for the president.”

“I am going to take full advantage of our rights as Americans to say what I think,” McMurray said. “America is a place where everybody, regardless of race religion or origin has a place to be.”

The biggest message from organizers on both sides is to keep the protests peaceful. Both sides say there will be no tolerance for violence.