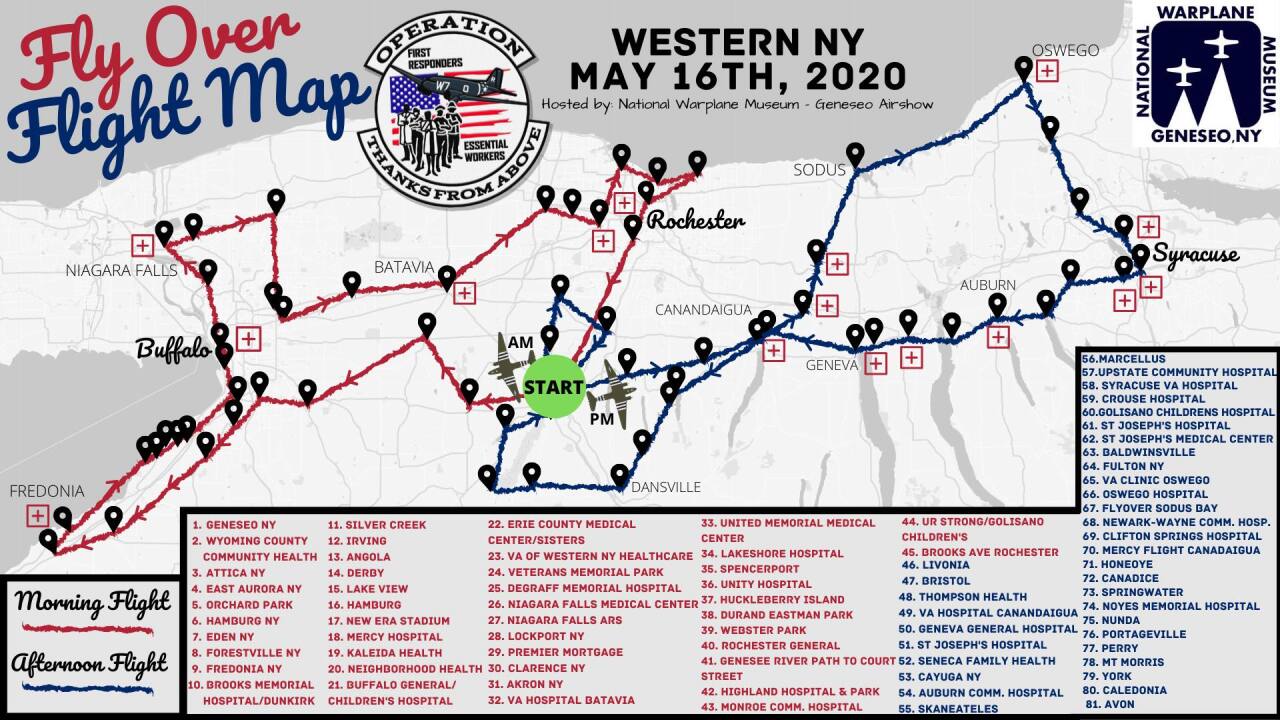 BUFFALO, N.Y. (WKBW) — Western New Yorkers will have another chance to thank essential workers this Saturday.

The National Warplane Museum says it will be conducting a series of flyovers on May 16th to thank essential workers all over Western New York.

Operation "Thanks From Above” will fly over key hospitals, Veterans Affairs locations, city centers, parks and other notable venues in the Buffalo, Rochester and Syracuse areas.

The museum's Douglas C-47, which was was the lead aircraft in the second wave of the D-Day invasion on June 6th, 1944 over Ste. Mere Eglise, Normandy, will begin in Geneseo, pass through the southtowns and Chautauqua County, and then over Buffalo, Niagara Falls, and through Orleans and Genesee counties for its morning flight.

“This mission is one of many that are taking place across the country and we are honored to be a part of showing our gratitude and support for those on the front lines,” says Todd Cameron who is a key member of the team organizing the mission and the Director of Flight Operations at the NWM.

The museum says everyone must adhere to proper social distancing guidelines while watching the flight.

Approximate flight times have been announced which you can find below.

Approximate flyover times from wkbw
Copyright 2020 Scripps Media, Inc. All rights reserved. This material may not be published, broadcast, rewritten, or redistributed.