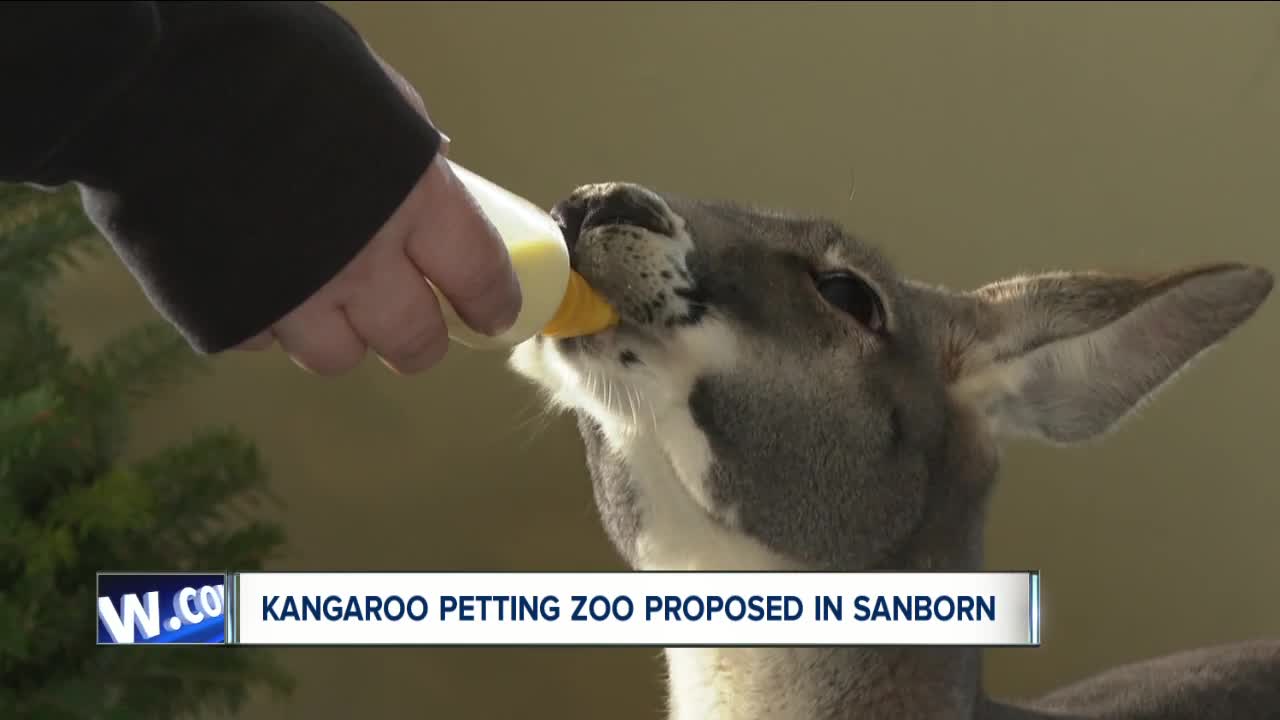 A Sanborn woman is trying to open a unique petting zoo in Niagara County.

SANBORN, N.Y. (WKBW) — For an animal lover like Laura Kagels, there's an extra bounce, not only in her step, but in her home. Kagels bought her first kangaroo three years ago, and today she owns 12.

"My first word was probably horse. I think I've had pets since I could walk and talk."

The babies are bottle fed and cared for inside until they're old enough to live in a heated barn outback.

Kagels usually takes her troop on the road. But soon, she'll open a petting zoo called "Niagara County Down Under" on her property.

"We've had so much water this year. We just don't have the enclosures ready to bring people in."

Kagels plans to build eight foot high fences on a two-acre site. She also needs to get insured before allowing visitors to bond with the bucks.

She said it won't be open nine to five. Instead she plans to host private tours. "We're going to allow people right in with them, right into their habitat, you can sit here like i am, hold the the babies, feed the babies."

Kagels hopes to have the attraction open by late spring. It would be the only one of its kind in all of western New York and she believes it will be well received.

"People love the kangaroos. They love interacting with them."