The pier is toppling into the Black Rock Canal 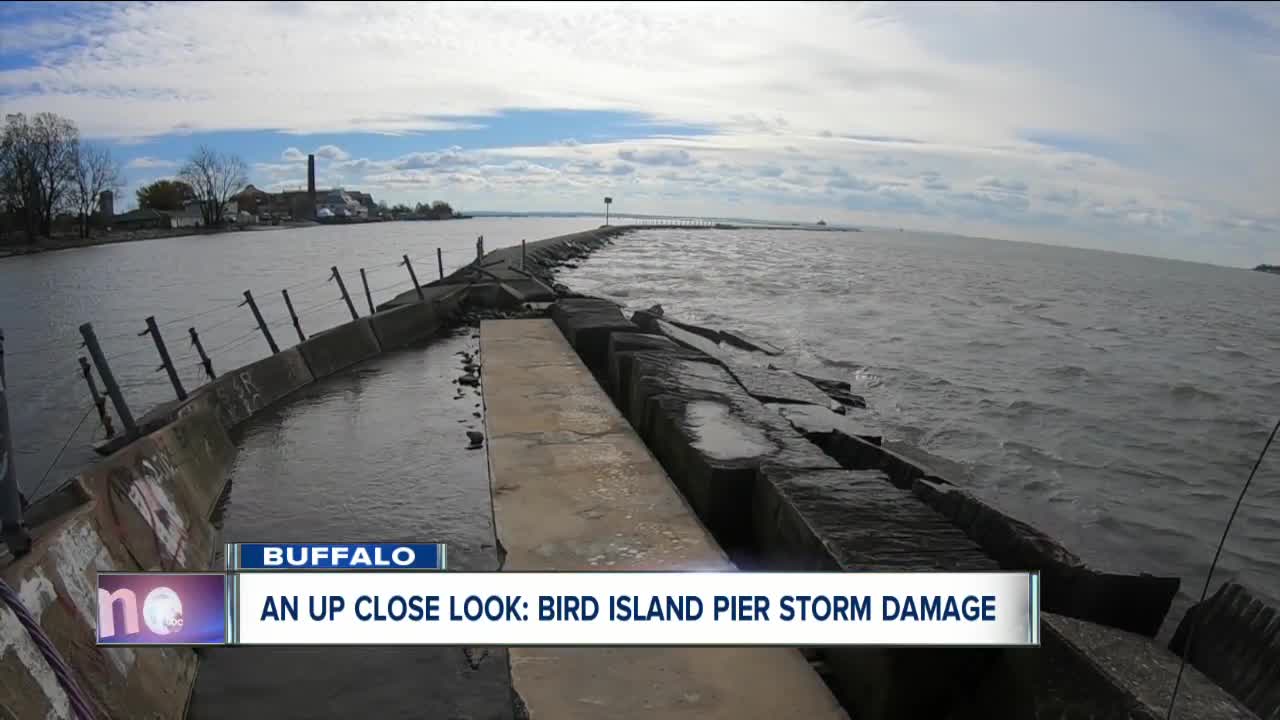 BUFFALO, N.Y. (WKBW) — A garbage can, trees, even two car bumpers - That's what last week's wind storm left behind on the Bird Island Pier. But the real damage lies beyond the Peace Bridge.

"This is totally a surprise. That had to be a very powerful wave to knock those blocks that can be anywhere from ten to 20 tons each," said Bob Remmers, the Chief of Operations and Technical Support Section of the Army Corps of Engineering.

Because of the storm, the pier is collapsing into the Black Rock Canal. This is the first time the Army Corps of Engineers and Buffalo city engineers have been able to see the damage up close.

"It's apparent to me that very large waves, anywhere from six to ten feet swept these blocks that were the ramp off its foundation and almost into the channel. They're actually literally hanging by one of the wire railings that's used for the walkway," said Remmers.

The storm also ripped apart $75,000 worth of incomplete repairs to the railings.

"The railings south of the Peace Bridge were not fully replaced from the damage from last winter, and now there was additional damage that needs repaired as well," Mike Finn, the Buffalo Department of Public Works, said.

But Remmers says there doesn't seem to be damage to the breakwater under the walkway.

"For the portion we walked it looks like it's in pretty good shape," Remmers said.

Where does the money for reconstruction come from?

"We are looking with all of our partners across the country and region to determine if this is something that is FEMA eligible. If so, we'll as use as much FEMA funds to repair this as possible," Finn said.

There is no word yet on when engineers can even start to restore the pier.

"The pier is unusable until it's fixed," said Remmers.

As for now, the Bird Island Pier remains closed at the Peace Bridge.