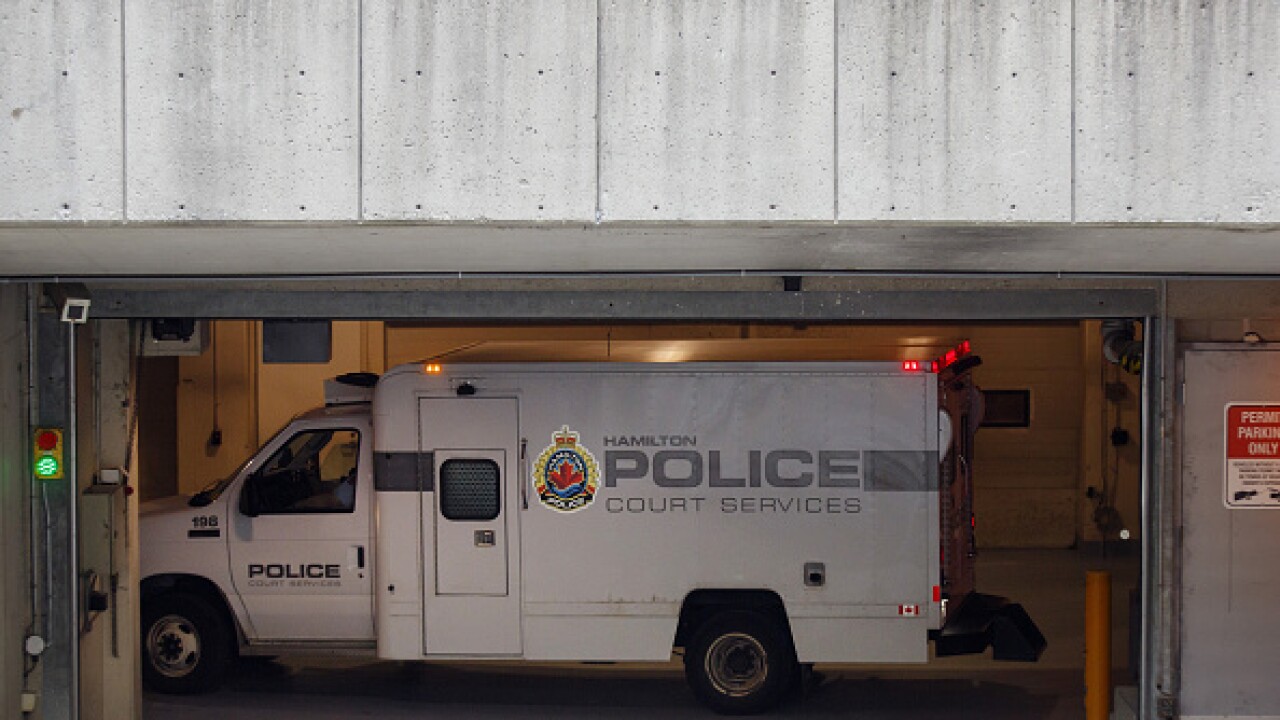 Copyright 2019 by Getty Images
Bloomberg/Bloomberg via Getty Images
A police van arrives at court ahead of bail hearing for accused hacker Karim Baratov in Hamilton, Ontario, Canada, on Wednesday, April 5, 2017. Baratov, accused of hacking Yahoo! Inc. email accounts on behalf of the Russian government, appeared in court seeking bail ahead of a hearing to determine whether he should be extradited to the U.S. for trial. Photographer: Cole Burston/Bloomberg via Getty Images

HAMILTON, Ontario. (CNN) — A mother saw her 14-year-old son being stabbed to death outside of a school in Ontario, Canada, Monday, police said.

The student was fatally stabbed outside of Sir Winston Churchill Secondary School in Hamilton, about 50 miles west of Niagara Falls, around 1:20 p.m., according to a news release from the Hamilton Police Department.

The victim's mother witnessed the assault, Det. Sgt. Steve Bereziuk said during a news conference Monday night. She was not harmed in the incident, Bereziuk said. He wouldn't comment on why the mother was in the area at the time of the stabbing.

"She's witnessed something horrible here," Bereziuk said. "She is distraught."

Three people have been arrested in connection with the stabbing and authorities continue to look for at least two other suspects, the release said.

Bereziuk said that authorities have video of the incident. He urged the outstanding suspects to turn themselves in.

"It's in their best interest to find, perhaps, a lawyer. Get some legal advice and then come and see us," Bereziuk advised the suspects.

Bereziuk said police believe there was a relationship between the suspects and the victim, although he wouldn't elaborate on what that relationship was.

"I mean, I think when I look at this so far, it's a complete disregard for human life which is extremely concerning for people of such a young age," he said.