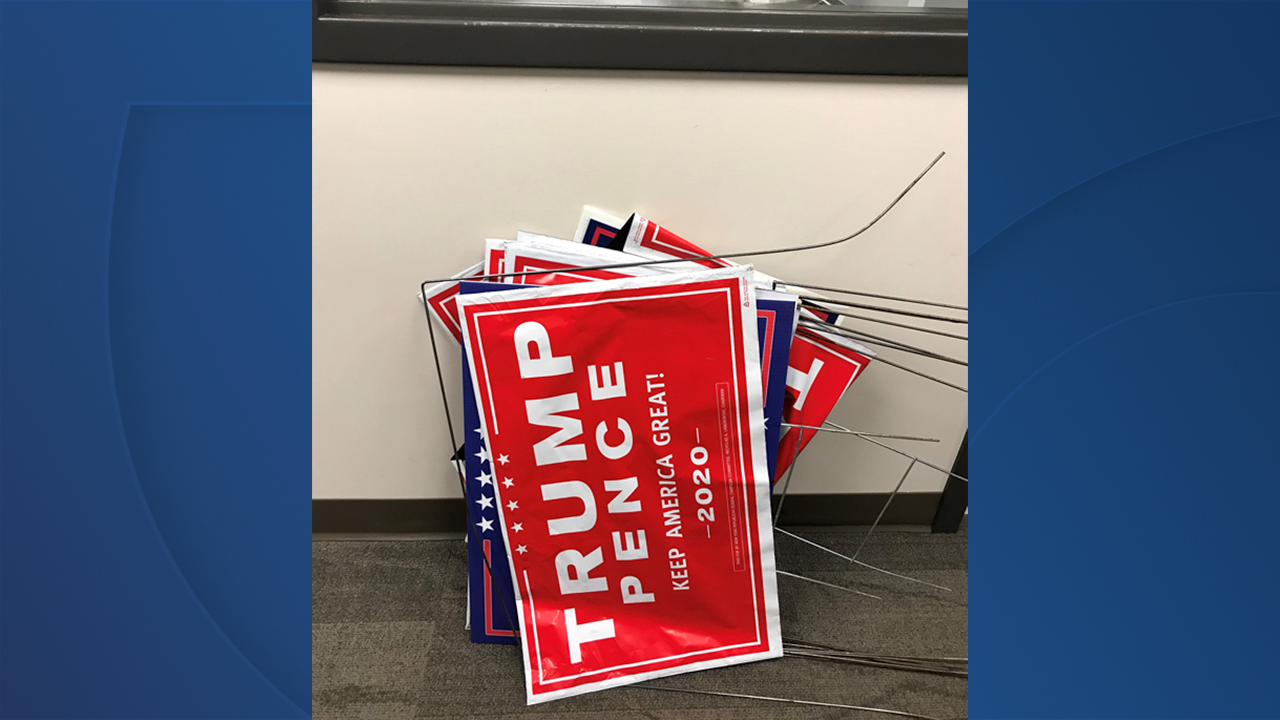 State police stopped Cinquinio's vehicle after she turned onto Transit Road and found more than a half dozen signs inside. She confessed to taking signs off multiple yards, according to troopers.

Cinquinio is due in Clarence Town Court on November 3.