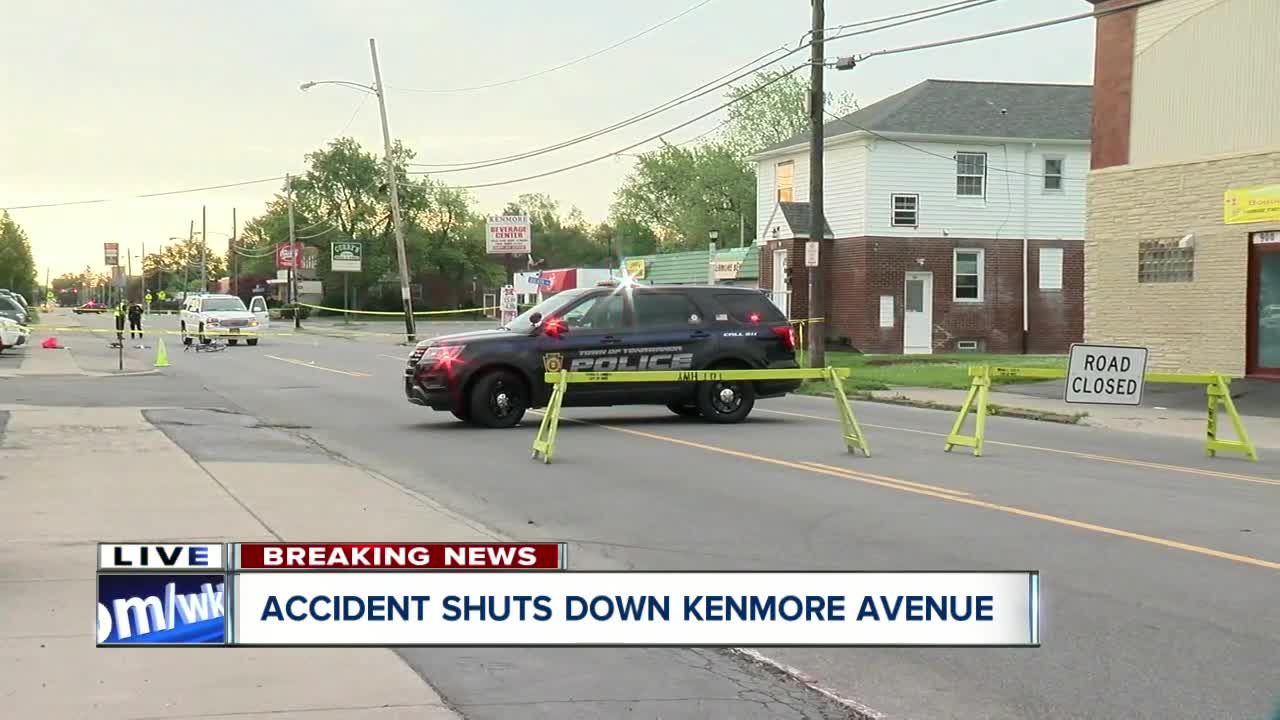 Crash shuts down Kenmore Avenue in Town of Tonawanda 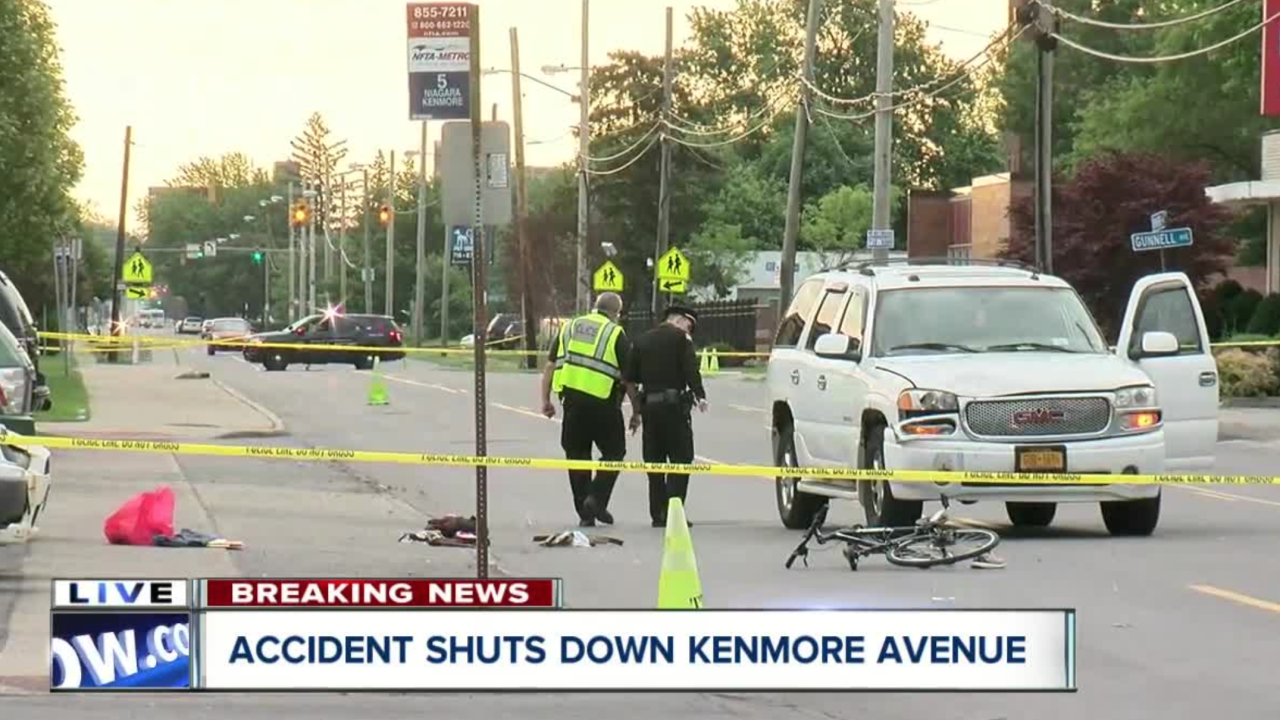 KENMORE, N.Y. (WKBW) — A bicyclist was rushed to the hospital Monday morning after being hit by an SUV.

He is identified as 19-year-old Marcus Cumpston of Amherst.

It happened shortly after 4 a.m. on Kenmore Lane in the Town of Tonawanda, between Hartford and Louvaine.

Police said the bicyclist was traveling east in the westbound lane of Kenmore Avenue when he was struck by a vehicle traveling west.

The bicyclist suffered serious head, chest and leg injuries. He was transported by AMR to Erie County Medical Center. In the hours following the crash, his bike could be seen in front of the SUV in the middle of the road, with his shoes and a backpack near the sidewalk.

The driver of the SUV, a 36-year-old Town of Tonawanda man who police did not immediately identify, was said to be cooperating with officers.

No charges have been filed at this time.