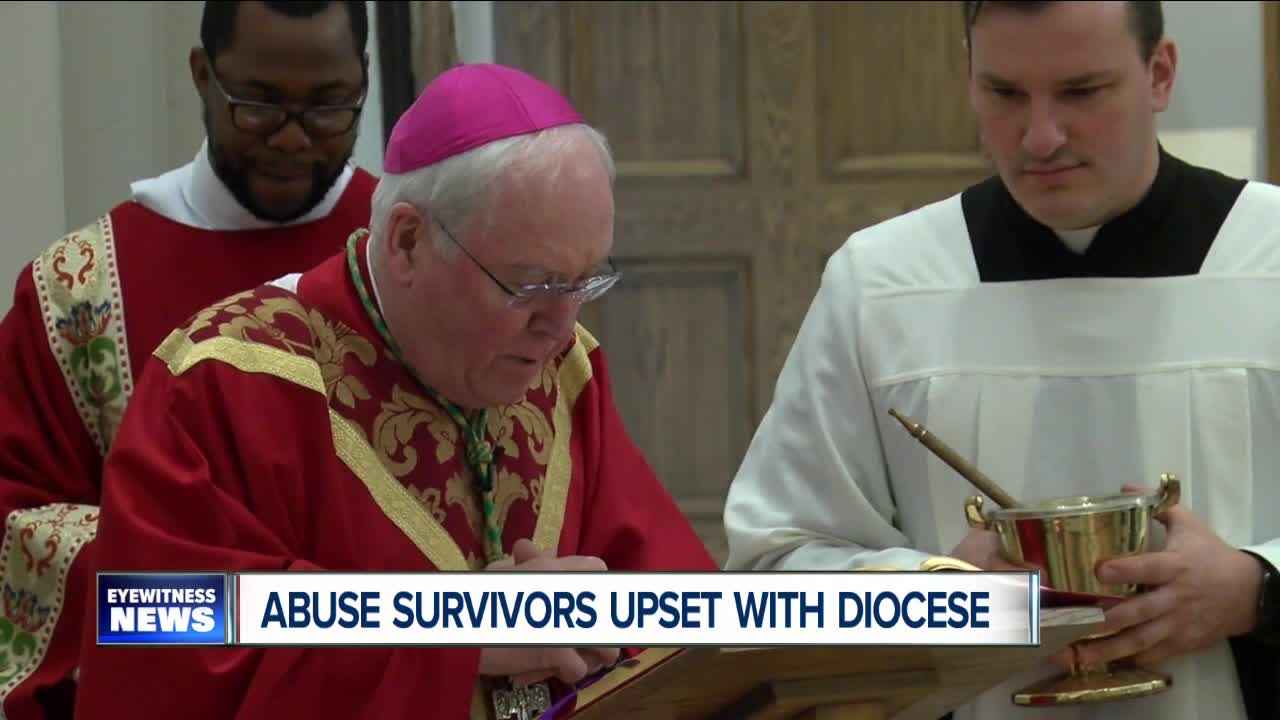 A survivor of clerical sexual abuse in the Diocese of Buffalo says she was denied a chance to speak this week at Bishop Richard J. Malone’s “listening session” that was organized by a group of lay Catholics working with the bishop.

BUFFALO, N.Y. (WKBW) — A survivor of clerical sexual abuse in the Diocese of Buffalo says she was denied a chance to speak this week at Bishop Richard J. Malone’s “listening session” that was organized by a group of lay Catholics working with the bishop.

Sarah Ann Shiley, who said she was abused more than 200 times by the Rev. Gerald P. Sheehan when she was a child, provided 7 Eyewitness News with written conversations she had this week with Maureen Hurley, a leader of the bishop-endorsed Movement to Restore Trust.

Shiley on Tuesday sent a message to the Twitter account of the Movement to Restore Trust, which is led by Maureen Hurley’s husband, Canisius College President John Hurley, asking whether she would be given a chance to speak at Thursday’s listening session at St. Mark’s Church in North Buffalo.

“I would not take too much time,” Shiley wrote. “My intention is to let others know of the ramifications of the abuse on adult survivors, the detrimental impact on our faith, and awareness that continued support from the community is essential to our healing processes."

But Maureen Hurley responded with a message turning the abuse survivor down.

“It is not appropriate for you to have a formal spot on the agenda for the listening session tomorrow night as the flow and agenda for the session has been planned for some time,” Maureen Hurley said in the Twitter message.

Maureen Hurley added that perhaps Shiley could make arrangements with Movement to Restore Trust officials to share her story during small group sessions or at a different meeting, but she would not be able to speak to Malone during the regular session Thursday.

“The idea to me of a listening session is that they are getting input from the parishioners but also they’re listening to survivors,” Shiley told 7 Eyewitness News.

The format of the listening sessions has been criticized by some as too rigid or even an attempt to “control the message” with the sessions filled with many Catholics who are friendly to the bishop or who have been picked to serve on diocesan committees.

“It was very structured,” Shiley said. “They provided the agenda -- they timed anyone who spoke out.”

Siobhan O’Connor, Bishop Malone’s former secretary who became a whistleblower and who now writes a blog that is read by Catholics across the diocese, said she was stunned by the response Shiley received.

“Multiple times last night we were being told, ‘This isn’t a Q-and-A,’ and it’s very frustrating to think if we can’t get our questions answered, it’s hard to think we’re progressing forward,” O’Connor said.

But John Hurley defended the decision and said it was more a matter of logistics than intent.

“The listening sessions are not ours, they’re the bishop’s,” he said. “There wasn’t time to accommodate testimony from a survivor.”

Hurley added that he was open to having Shiley speak at future sessions when more time could be made to accommodate her.

“You also can’t put a survivor up there and say, ‘OK, you’ve got 10 minutes. Now go,’” Hurley said. “You really have to let them speak and you have to see where it goes and you have to make sure that there’s ample room in the agenda for it and that just wasn’t the purpose of this session.”

Kathy Spangler, a spokeswoman for Bishop Malone, said in a statement, “No one has been or will be shut out at any session. A presentation by a victim survivor requires more time and would fail to allow others to speak.”

Shiley said all she wanted was a couple minutes. Spangler said Shiley could schedule a separate session with the bishop, but Shiley said she believes the bishop should reach out to her.

“We are struggling, and this isn’t going to be swept under the rug,” Shiley said. “This is going to be a lifetime of healing for me and with the support of my husband, and I’m a teacher [and] we need to heal from this.”