A mobile truck brings deer processing to you 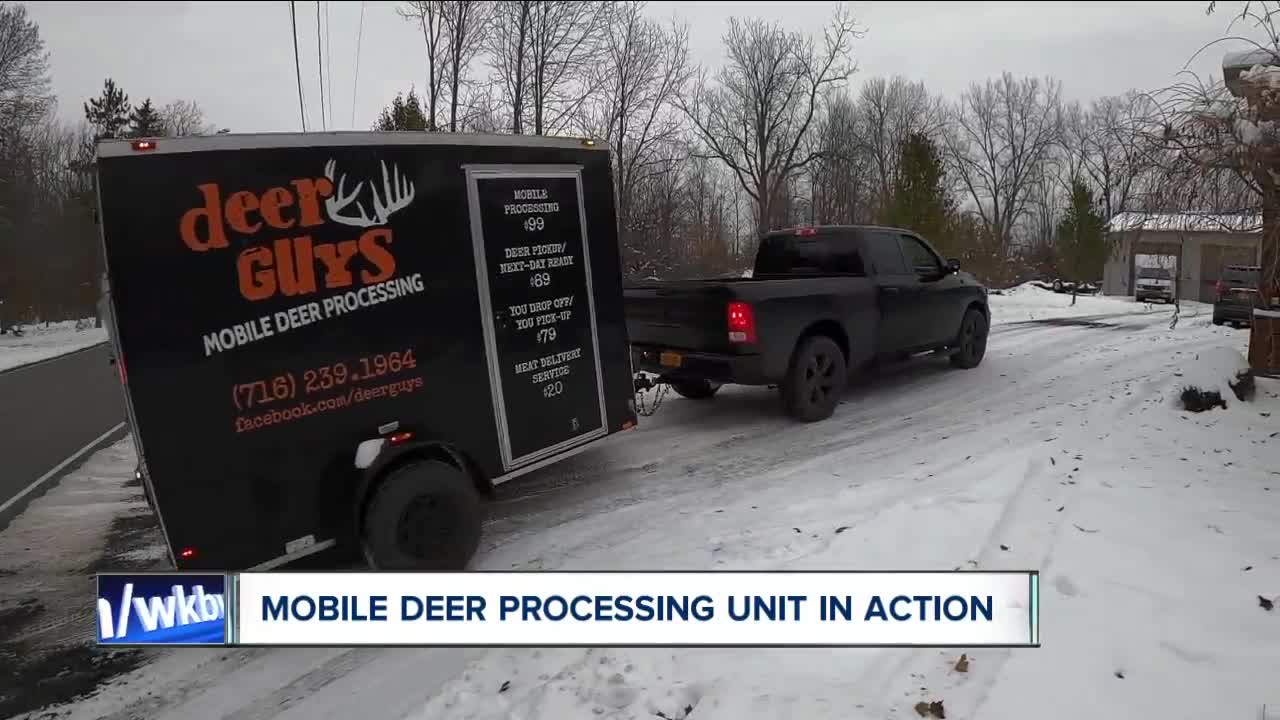 One of the most challenging parts of hunting is getting the deer processed. Not only can it be messy to transport, but it can often take a lot of time. AKRON, N.Y. (WKBW) — One of the most challenging parts of hunting is getting the deer processed. Not only can it be messy to transport, but it can often take a lot of time.

"When I was younger, I had a deer processed," owner of Deer Guys Bryan Hetzel said. "It wasn’t the best experience, so I decided I’d be taught how to process deer."

That is why Hetzel decided was time to make it easier on all hunters. In 2015, Hetzel started a mobile deer processing business called “Deer Guys,” and he says it has grown every year since.

Based out of Tonowanada, Hetzel and his butchering equipment travel to most parts of Erie and Niagara counties. And, the one-person operation is very busy during deer season. Hetzel says he process anywhere from 150 to 250 deer during the season.

Hetzel prides himself on being the first and only mobile deer processing company in Western New York, but he doesn’t mind if others copy his idea because there is so much work available.

As far as costs go. Hetzel charges his customers $99 for a deet to be processed anyway they would like. Deer Guys also comes to each home to do the processing and even offers a pickup service so you no longer need to load a deer into your car.

The upside to the job is meeting and helping hunting families like the Keeton’s in Akron. But, the downside is dealing with ticks. Hetzel says you have to be very careful when processing deer due to ticks.

"This year happens to be a very bad year for ticks, so I think the insurance that you’re won't have all these ticks in your vehicles or the outside your vehicle rings home," Hetzel said. "For safety purposes."

Using skills learned from years of hunting and processing, Hetzel works in full view of his customers so they know exactly what is being packed. And, business is so good for Deer Guys that the owner says he even is looking to expand next year through franchising.