A five year old is using chalk, and jokes, to put a smile on his neighbors faces

A five year old in East Amherst is using chalk, and his sense of humor, to help his neighbors smile during the COVID-19 pandemic. 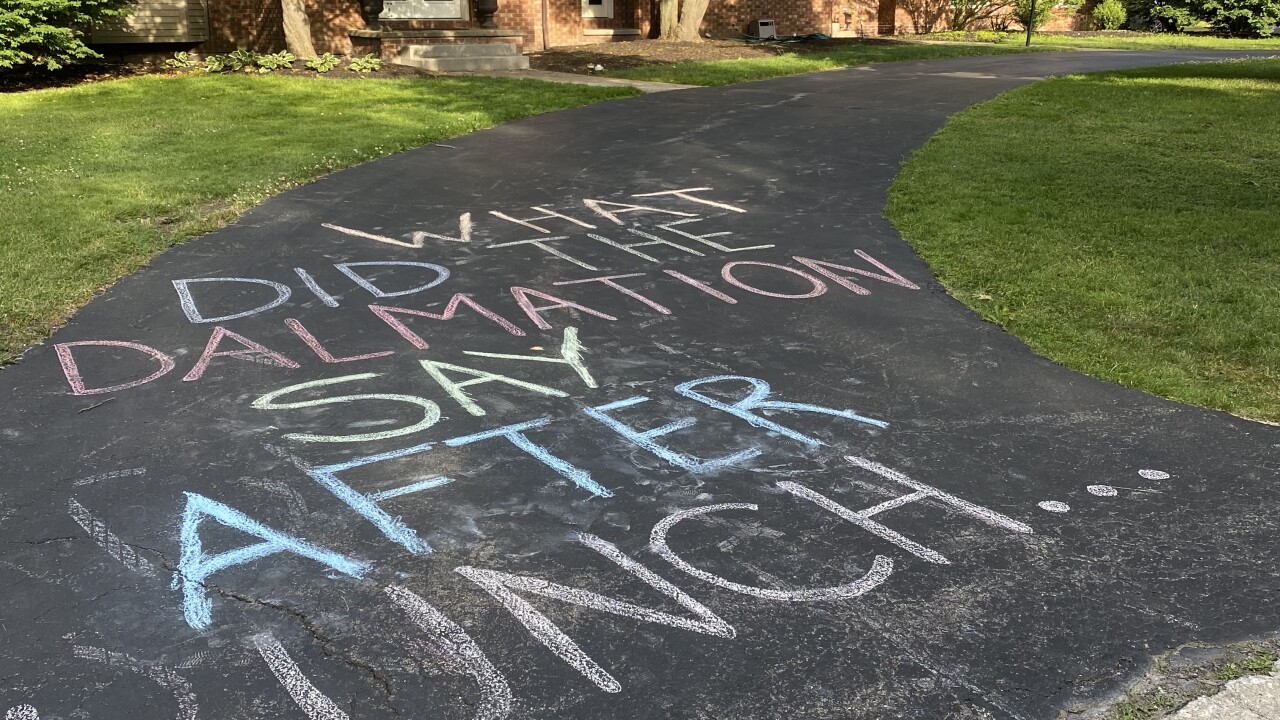 EAST AMHERST, N.Y. (WKBW) — A five year old in East Amherst is using chalk, and his sense of humor, to help his neighbors smile during the COVID-19 pandemic.

Gavin Halas, 5, and his mother Jolene Halas, started writing daily messages in their driveway during April. Now, Gavin, is telling jokes. The joke starts at one end of the driveway, and the punchline is at the other. The walk along the street gives people just enough time to think it through for themselves.

Gavin got into comedy following an assignment in his kindergarten class. Everyone had to tell a joke over Zoom, and Gavin's was a hit.

"Why did the phone go to the doctor, because it had to remove his bluetooth," Gavin said.

His mother reads him jokes from the internet every night, Gavin picks the best one, and his mother helps him outline the letters. The impact of the jokes is more than just a laugh.

"When we write these jokes of kindness we found that people started doing things back for us," Jolene Halas said.

She said strangers have sent them chalk, a joke book, and thank you letters. If you can't make it to his driveway, you can find his jokes on YouTube.

The act of kindness may have begun due to COVID-19, but Gavin says it will continue "forever."