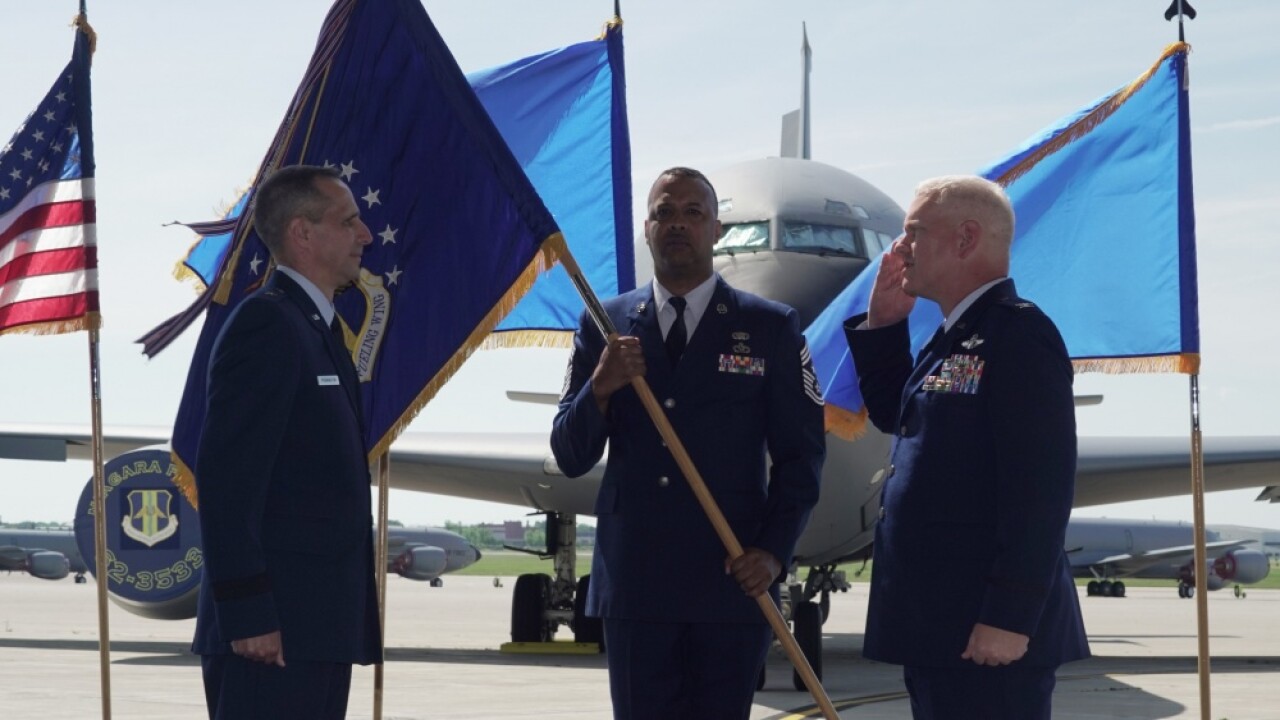 Colonel Carl Magnusson took over today during an assumption of command ceremony at the Niagara Falls Air Reserve Base.

The refueling wing has a new inventory of eight KC-135 stratotanker planes.

Magnusson said, "On the way to this podium, I've served as a KC-135 aircrew member in a number of roles, I've served as a planner, I've served as a thinker. All through those years, I've served
with two very distinct types of people: the young soldier with a rifle in his hand about to go into an uncertain environment supporting combat operations and I've served a four-year-old child who's about to starve to death without humanitarian assistance and disaster relief aid."