4-year-old boy receives gift from Dunkirk police, he "backed them up" 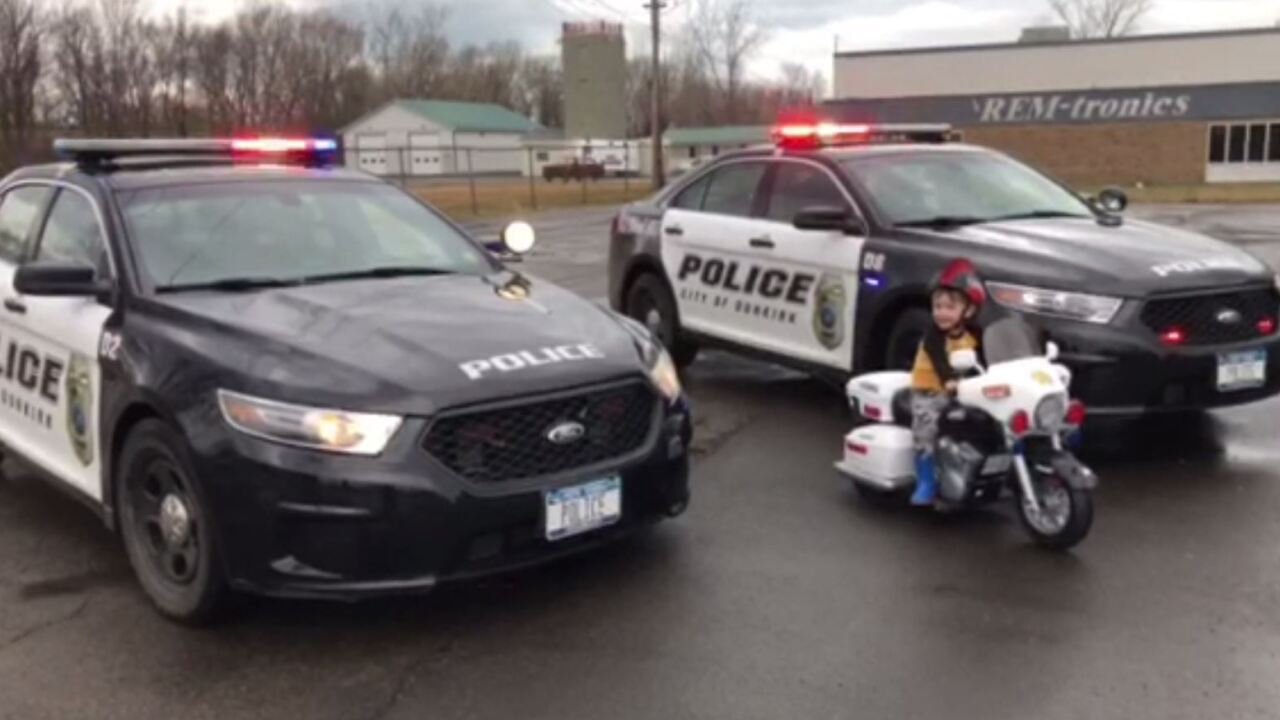 DUNKIRK, N.Y. (WKBW) — A four-year-old boy received a gift from Dunkirk police after he "backed them up," in March.

DPD says officers were on a traffic stop in March when they observed four-year-old Gauge riding his toy police motorcycle with his dad nearby.

When officers completed the stop they invited Gauge and his dad, Jeremy Dolce, to a parking lot to take a picture with the police vehicles.

Police say Gauge received the toy motorcycle for Christmas because he wants to be a police officer, he makes sure everyone is buckled up and not speeding when in a car.

Gauge was presented a t-shirt with his name and badge on it and was able to meet the officers he "backed up."