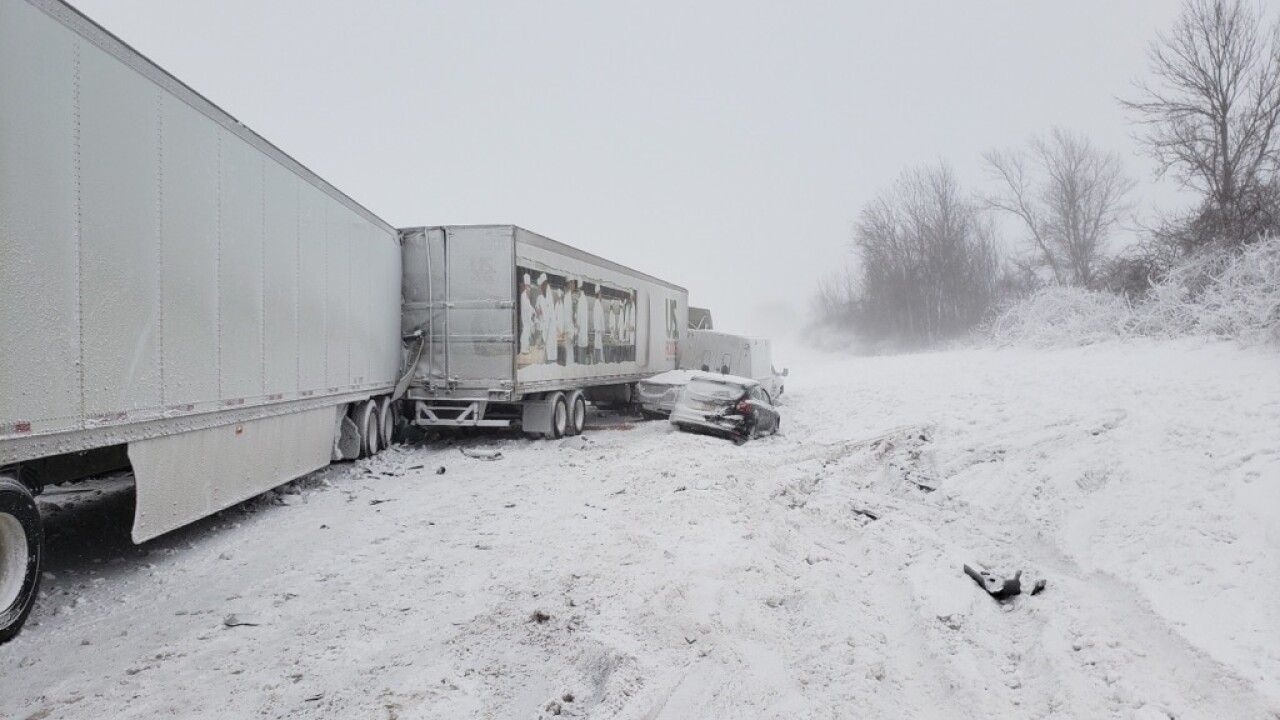 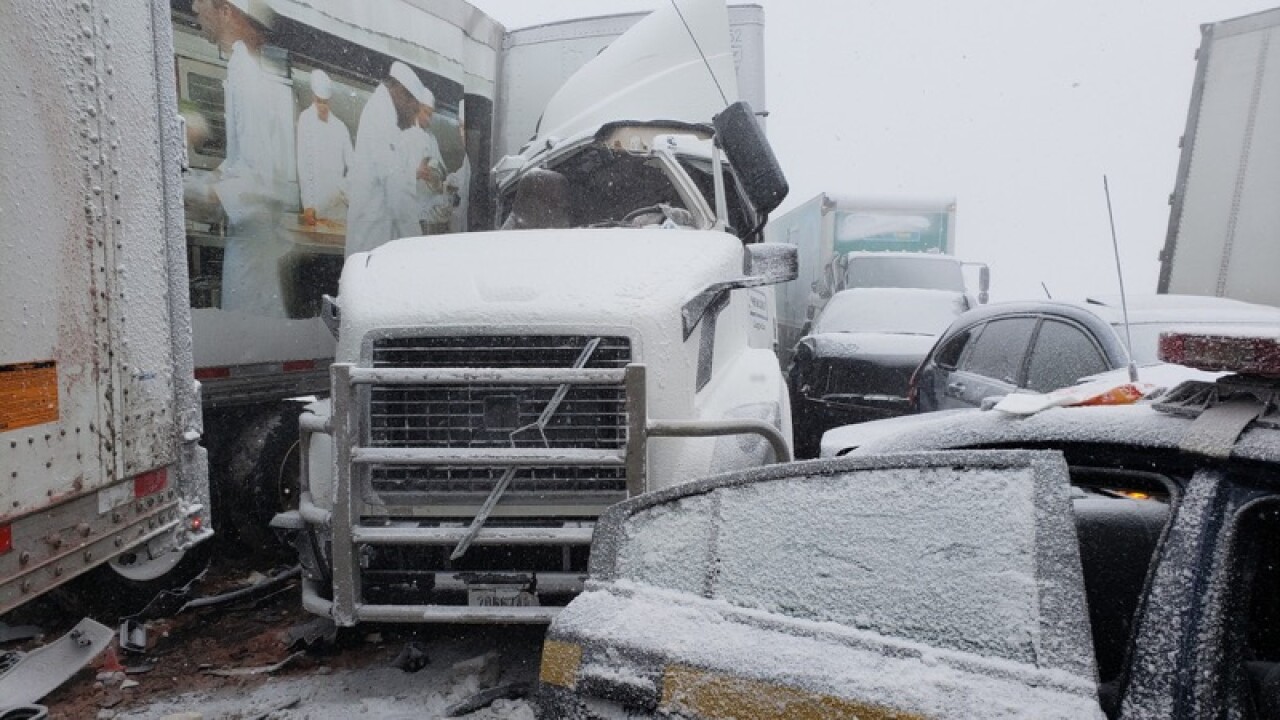 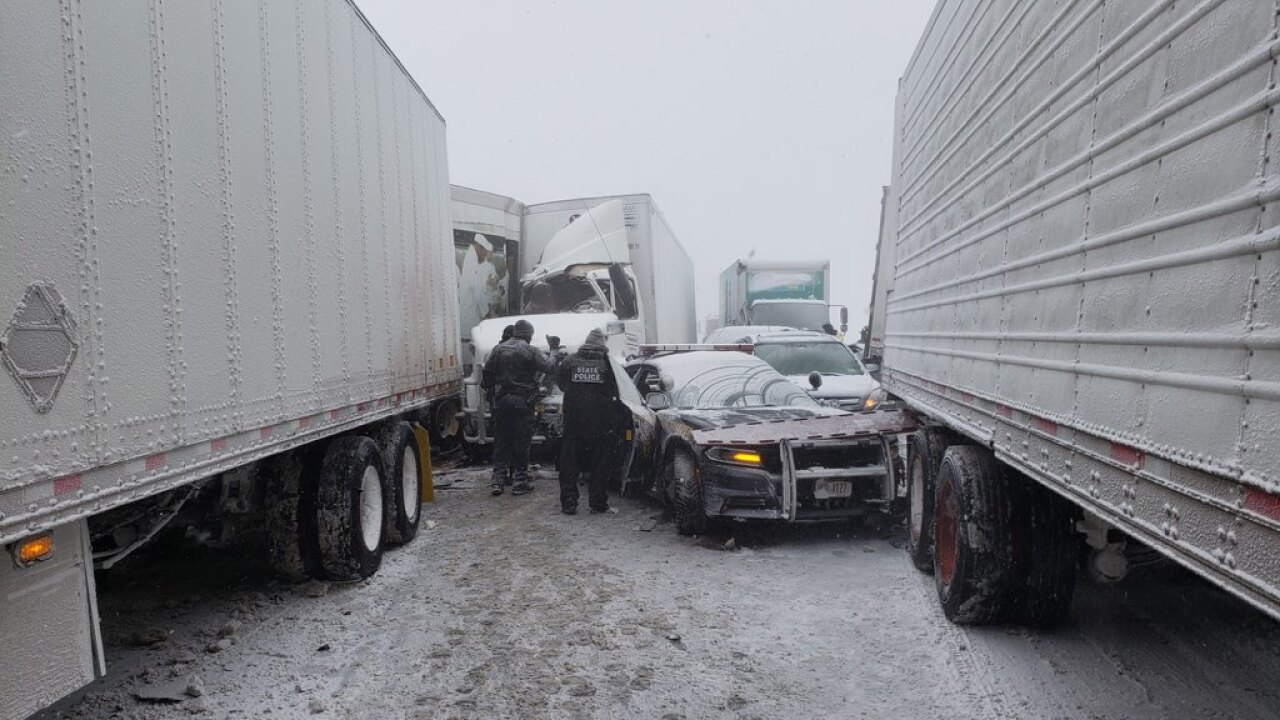 Police say the crash happened on the eastbound I-90 near Batavia around 2 p.m. Wednesday afternoon.

The pileup prompted the closure of all eastbound lanes at Exit 48A in Pembroke and Exit 48 in Batavia.

55-year-old Edward F. Dejoy of hamburg and 60-year-old Michael L. Bushek of Palmyra were also injured in the pileup.

All were transported to Strong Memorial Hospital in Rochester, Trooper Wilson remains in stable condition, Dejoy and Bushek were treated and released.

Thw two tractor trailer drivers, 41-year-old Richard Magezi of Fort Worth, Texas and 54-year-old Michael Lambert of Hartford, CT were ticketed for disobeying a traffic control device, speed not reasonable and prudent, following too closely and driving across hazard markings.

Gov. Cuomo issued this statement on the crash:

"Earlier this evening a 21-vehicle accident occurred in Monroe and Genesee counties that shut down sections of the Thruway and Interstate-390 amid already dangerous storm conditions. Among those vehicles was at least one tractor-trailer which was banned from the roads and shouldn't have been there to begin with.

"Tractor trailer and truck restrictions exist for the safety of the driver, but also for the safety of everyone else on the road and first responders. Our message tonight is simple: violating the tractor trailer ban is illegal. Violators will be punished with fines up to $450, two points on the license and potential criminal charges. The investigation into the crash is ongoing, but make no mistake: anyone found to have done something they shouldn't will be held accountable to the fullest extent of the law."