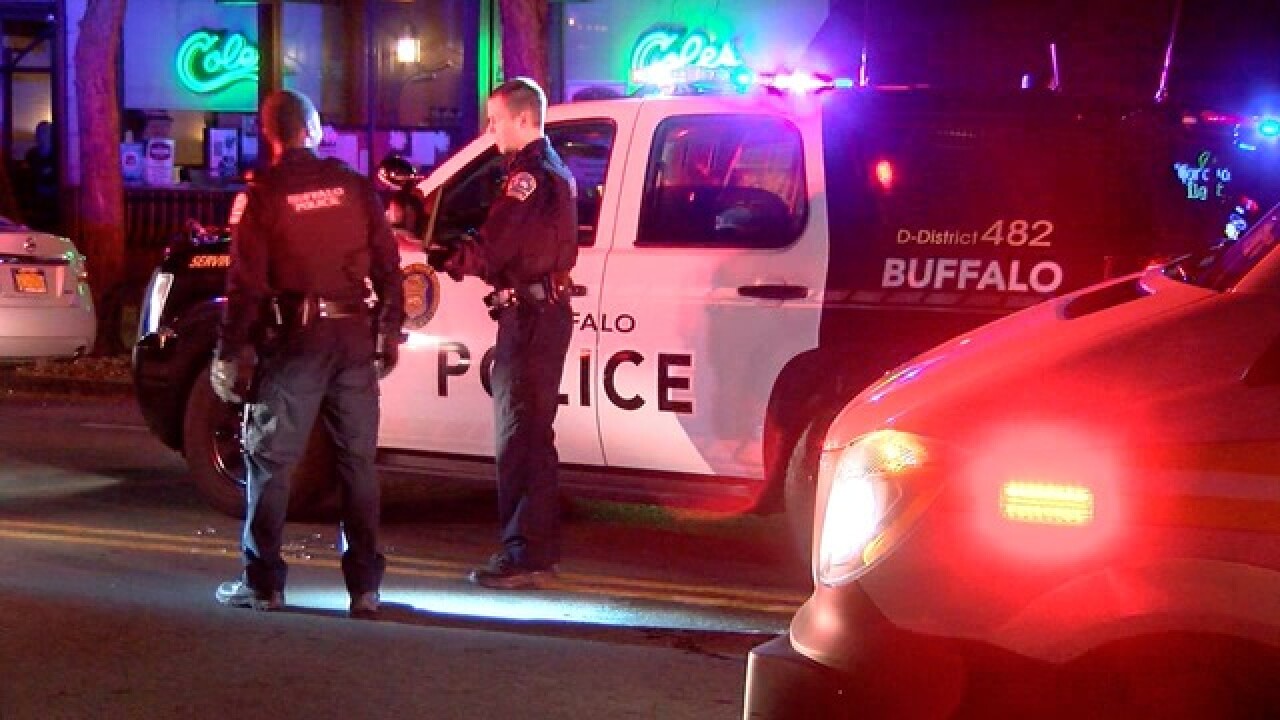 A large presence of Buffalo Police officers responded to Elmwood Avenue near Forest Avenue after a scuffle broke out around 1 a.m. Friday morning.

Eyewitnesses said a large group of young people were blocking traffic on Elmwood Avenue.  Moments later some sort of a scuffle broke out.

7 Eyewitness News was there as at least one person was detained and hauled away in a police car while another person was taken away in an ambulance for treatment of an injury.

Moments later, police descended on the Mobil gas station at the corner of Elmwood and Forest to breakup a large group of young people loitering.

Police say the 21-year-old man taken from the scene was charged with disorderly conduct. There was no information released about any injuries.