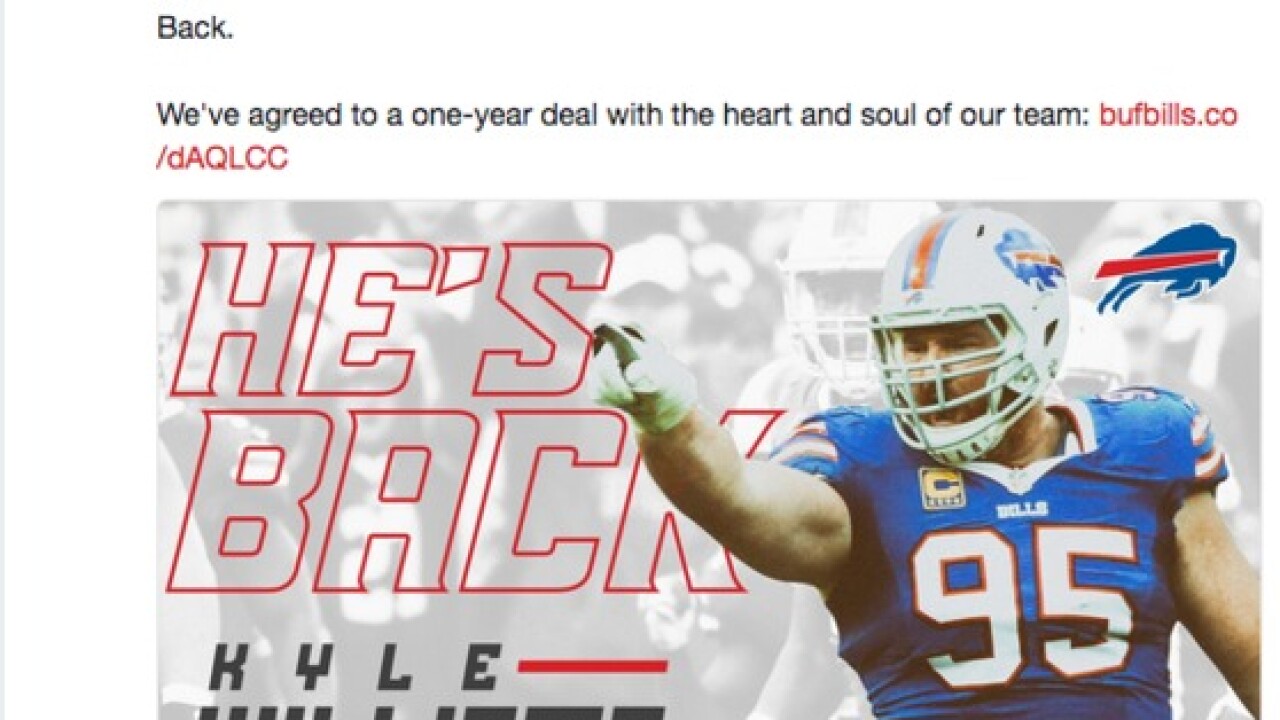 Kyle Williams is sticking with the Buffalo Bills.

The team released the details in a press release on Tuesday.

The Pro Bowl defensive tackle has agreed to a one-year deal, just one day before becoming an unrestricted free agent.

Williams is the longest-tenured player on the Bills' roster, he will turn 35 in June.

He joined the team as a fifth-round draft pick in 2006.