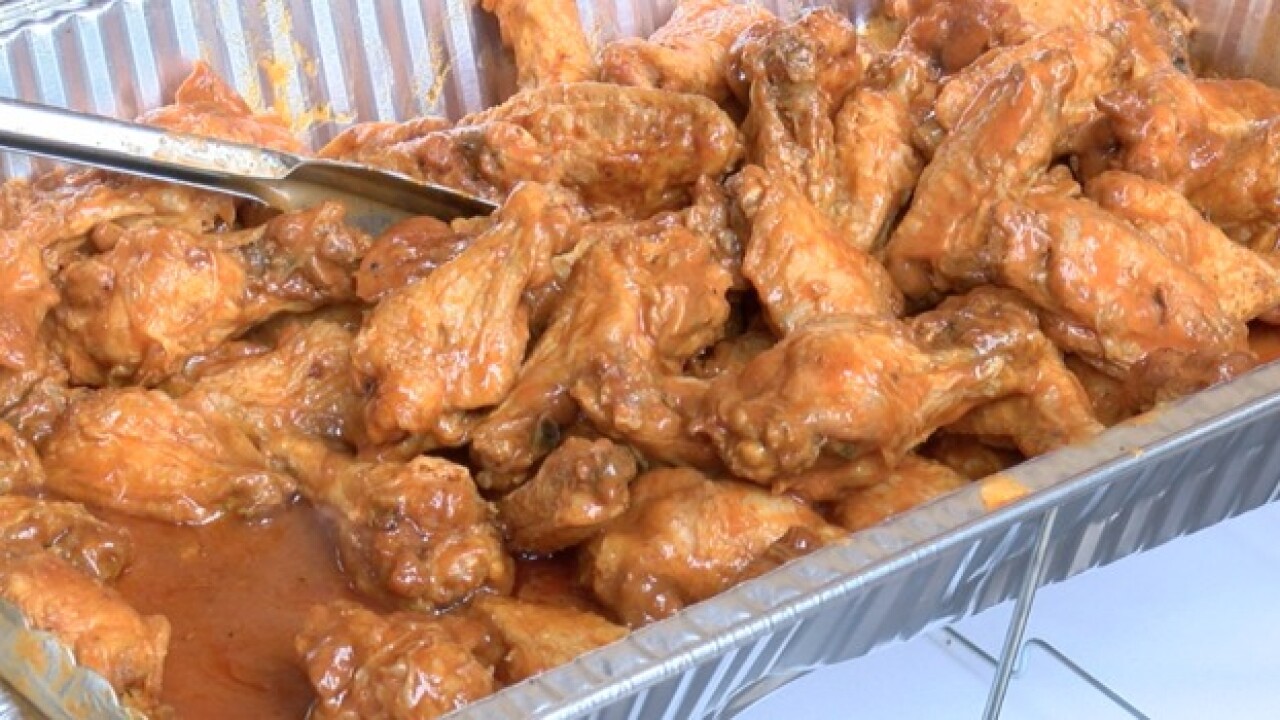 Chestnut has won several times before, including last year, when he swallowed 220 wings .

The chomping champ from San Jose, California, is best known for his multiple wins in the Nathan's Famous July Fourth hot dog eating contest on New York City's Coney Island. He set a new record - 74 dogs and buns in 10 minutes - to earn his 11th win this year.