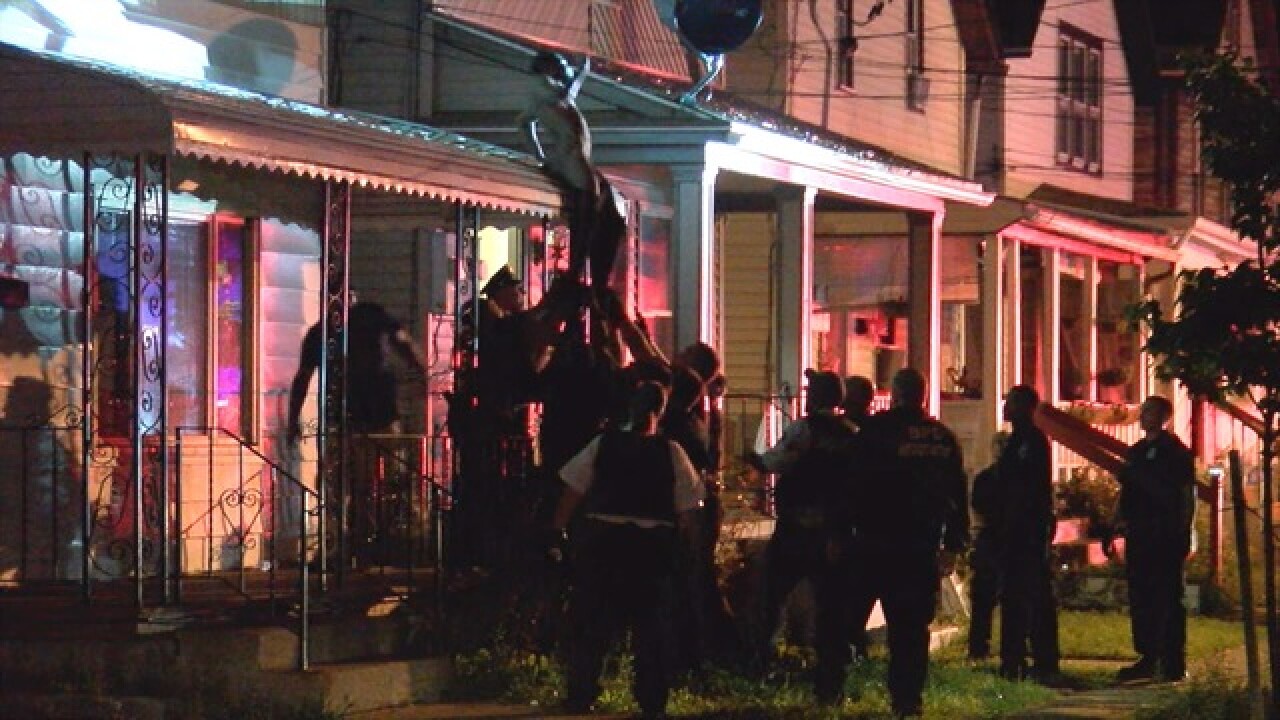 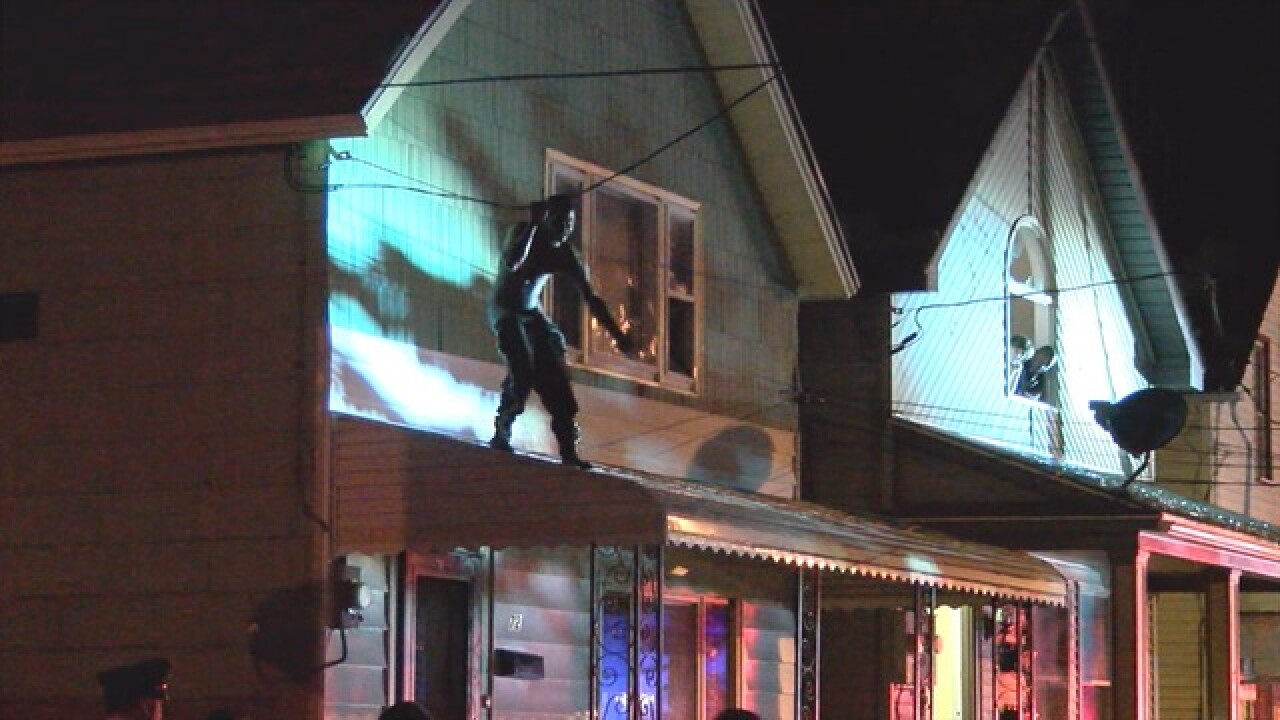 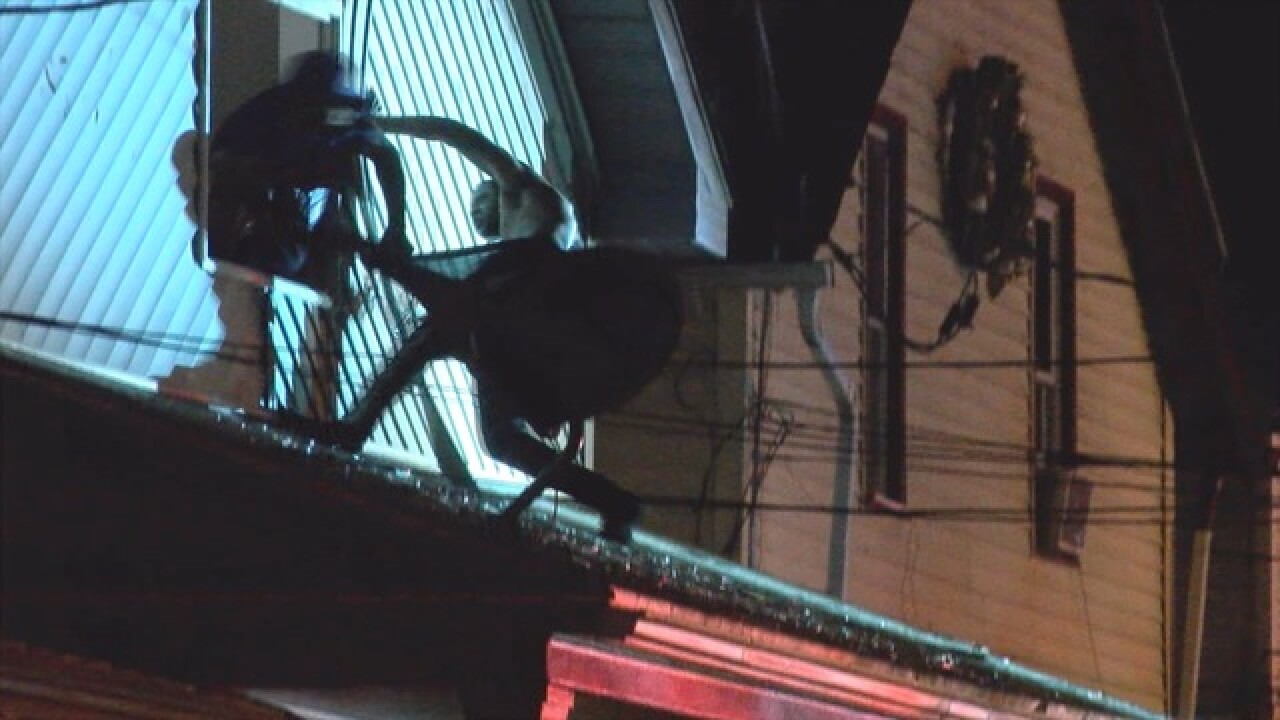 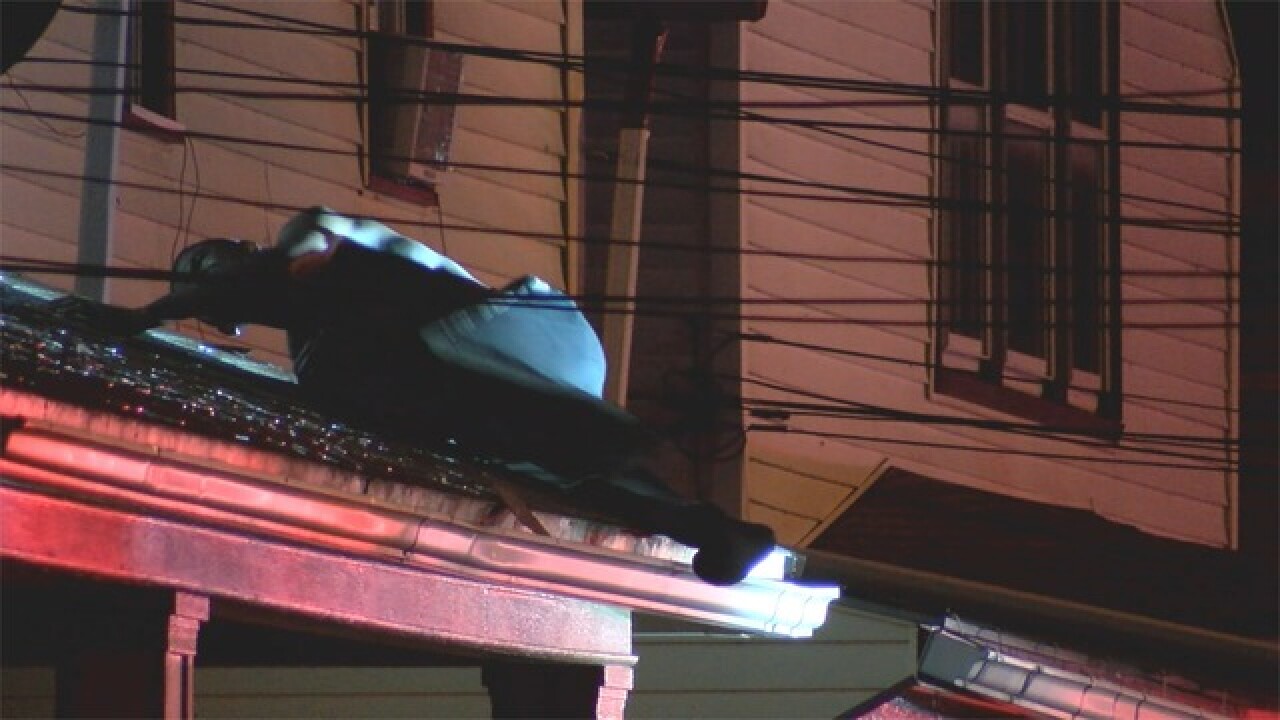 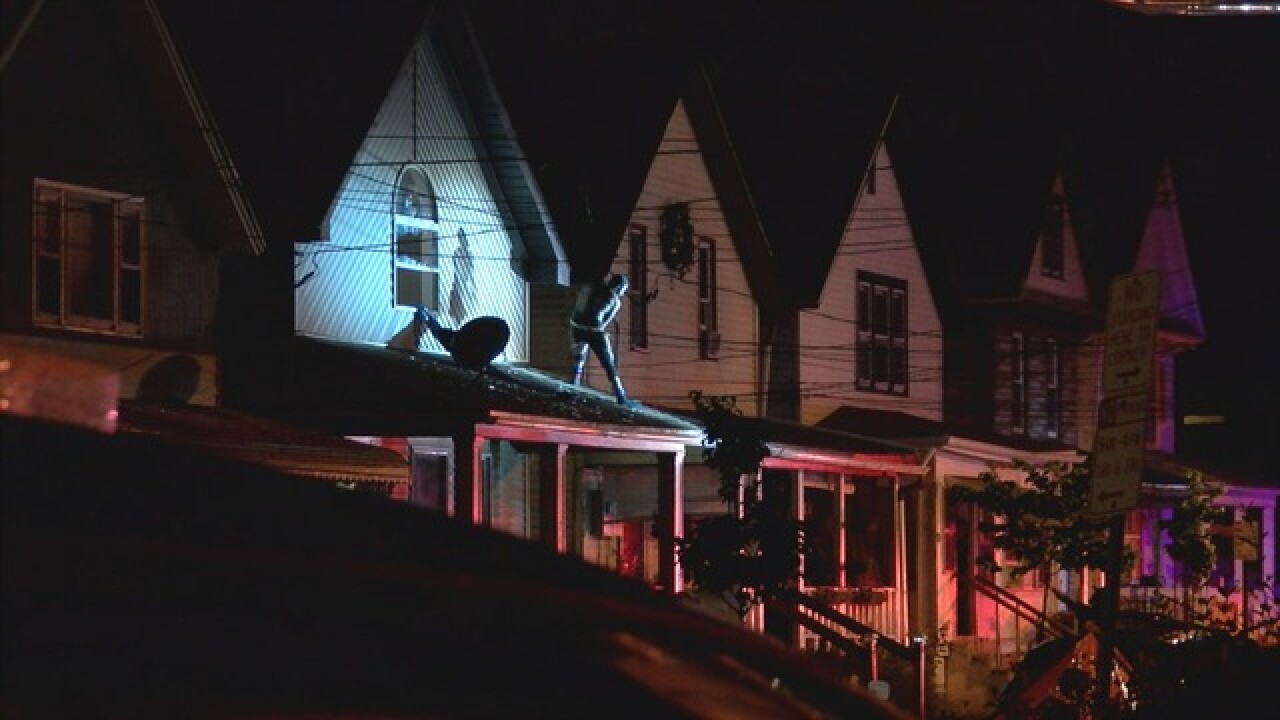 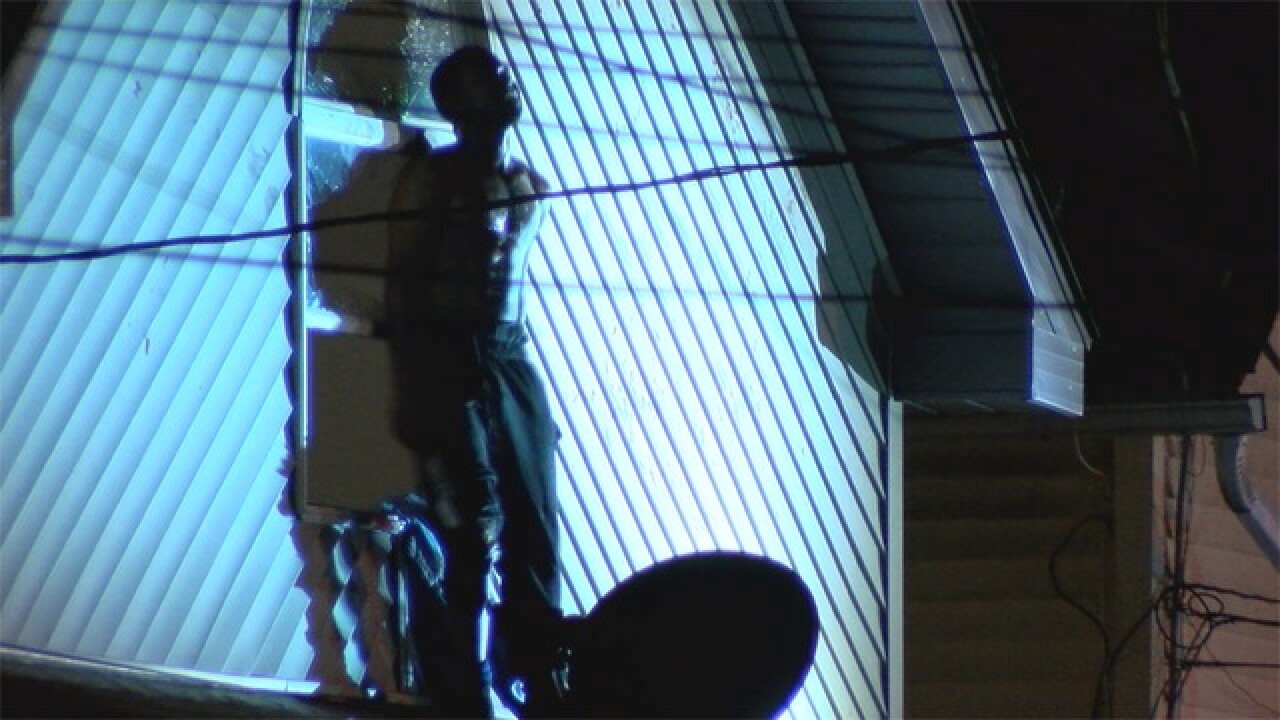 The incident happened around 1 a.m. at a home on the first block of Bush Street.

7 Eyewitness News saw a black man on a porch roof screaming, breaking windows and slamming himself against the house.

Police and what appeared to be a civilian known to the despondent man tried to talk him down for the better part of two hours. At one point, the civilian tried to pull the man into the house. The man broke free and jumped to a neighboring porch roof. There, he broke out a window and swung from the home's main power service wires.

Minutes later police were eventually able to pull the man from the porch roof and placed him into custody.

The events leading up to the incident are under investigation.

Eyewitness News journalist Jim Herr was first to bring you this story and its developments on social media as they happened. Follow Jim and WKBW and stay connected as breaking news happens overnight.

An irrational man is holding BPD at bay in Black Rock. SWAT has been called to help the man. #Breaking pic.twitter.com/Usdx0HX6cR