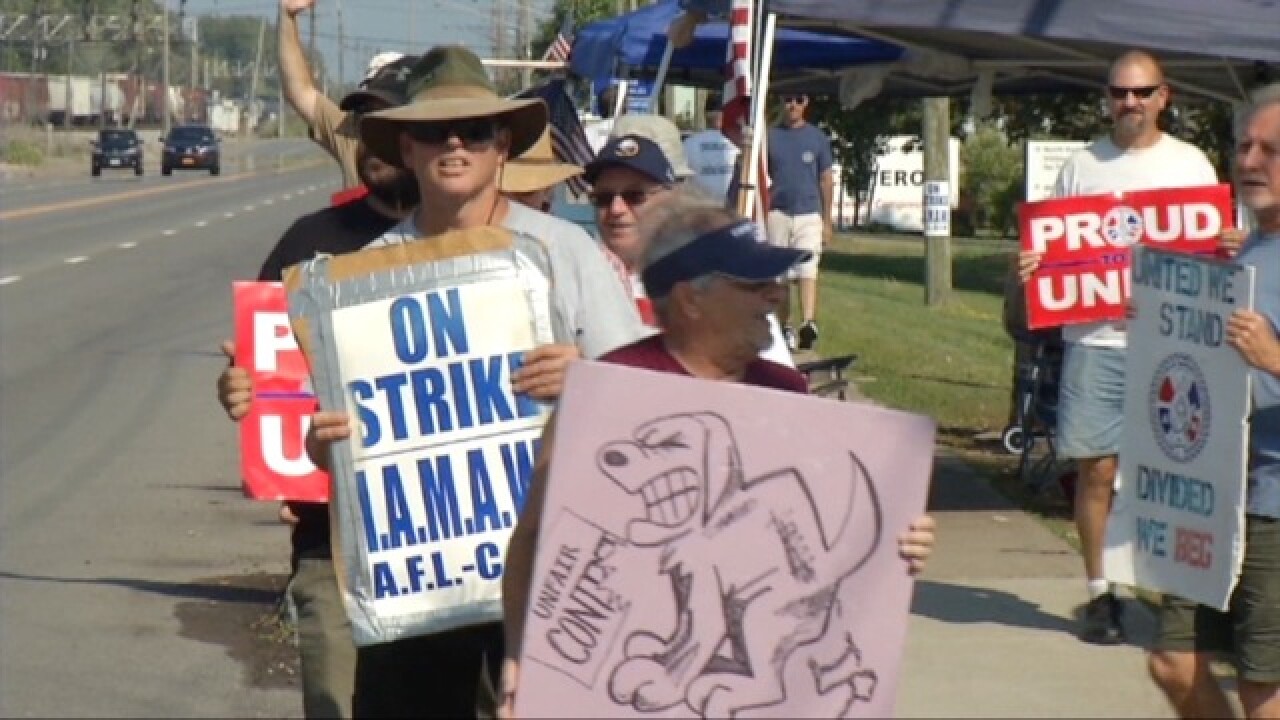 About 250 members of Local 330 are back on the picket line outside of the Ingersoll Rand plant in Cheektowaga. Members voted against a tentative agreement between union representatives and Ingersoll Rand in a vote on Thursday morning.

According to the union steward, members felt that Ingersoll Rand did not meet them halfway on some of the major concerns.

The tentative agreement kept overtime mandatory, one of the big concerns of workers, although Ingersoll Rand did say that anyone who volunteered to work two Saturdays a month could not be mandated to come in additional Saturdays.

The other big concern was a high deductible health care plan. The contract kept the HMO for the first year of the now defunct tentative agreement. The second year had a high deductible for members, which would be funded by the company. However, the deductible for the last two years were $1,200 for a single person and $2,400 for families.

There were areas where middle ground was met in the contract. The tentative agreement got rid of the two-tier system, which would have had new employees making less money and fewer benefits.

Employees would also get a lump sum raise in the first year of the contract and modest raises in the last three years of the contract. The union steward tells 7 Eyewitness News employees had not received a raise in five years.

7 Eyewitness News has been told that replacement workers were brought in for the time being.

Ingersoll Rand released the following statement about the "no" vote:

"On Thursday, September 10, union members at Ingersoll Rand’s engineered centrifugal compression facility in Buffalo, N.Y. rejected the tentative agreement reached with I.A.M. Local #330. We are disappointed with the result after the full bargaining committee signed the tentative agreement expressing full endorsement for the ratification of the agreement. Moving forward, we will continue to ensure production and delivery of quality products for our valued customers and operate our facility with salaried employees, skilled temporary contractors and experts in quality, engineering, advanced manufacturing and other technical skillsets from within our business."