Arrests made at local Mexican restaurants after ICE raid 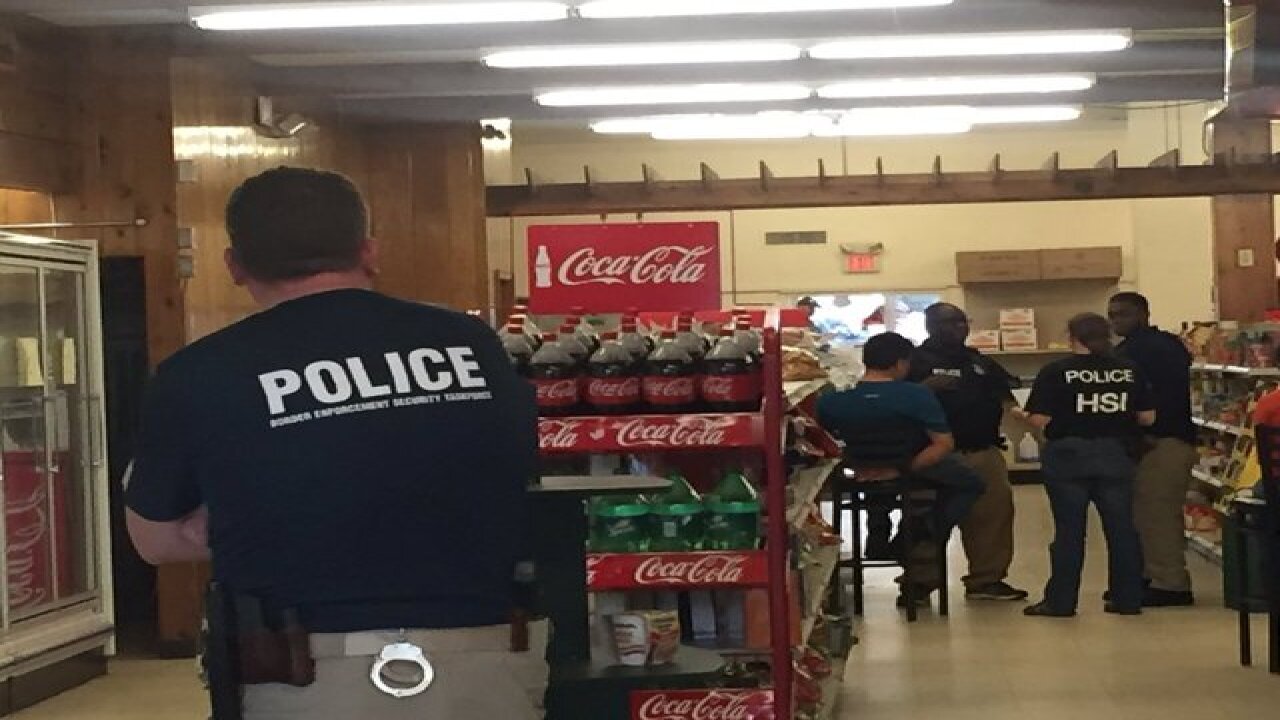 Eight men have been arrested and charged for harboring illegal aliens at four local Mexican restaurants.

"This office will continue to ensure that all employers play by the same set of rules regarding the operation of their business," said U.S. Attorney Hochul. "This is particularly true in the restaurant industry, where health, safety, and financial rules apply to protect the public and staff alike."

According to Special Assistant U.S. Attorney Brian Counihan, Mucino, Sanchez-Ocampo and Sanchez operate four restaurants in the City of Buffalo, Town of Cheektowaga and Village of Kenmore where the raids took place. These restaurants are Don Tequila on Allen Street in Buffalo, El Agave on Union Road in Cheektowaga, Agave on Elmwood Avenue in Buffalo, and La Divina on Delaware Avenue in Kenmore.

"Building and supporting a business through the intentional use of people not lawfully authorized to work here is a model that HSI will not tolerate," said Kevin Sibley, acting Special Agent in charge of HSI Buffalo. "These alleged practices not only put competitors at an economic disadvantage, they often come at the peril of the workers."

In March 2016, Immigration and Customs Enforcement found, through investigation, that a majority of the employees at Mucino's restaurants are undocumented employees who are paid weekly in cash, with one or two legal employees per restaurant who receive payroll checks. Investigators also found that after paying each employee in cash, each restaurant allegedly grossed about $50,000 in cash, per week. None of this was reported for federal or state taxes.

After reviewing four bank accounts associated with the restaurants, investigators found Mucino often mixed payroll and monthly expenses among the accounts. Between January 1, 2014 and June 2016, Mucino issued and endorsed checks to Sanchez-Ocampo, identified as his "right hand man," for a total amount of about $278,432. Between January 27, 2015 and October 20, 2015, Mucino did the same for Marquin Sanchez totaling about $102,476.38.

Surveillance between July 2014 and the present found 38 Hispanic individuals working at the restaurants and living in nine apartments and two houses close to the restaurants. Investigations revealed that the nine apartments are being rented and paid for by Mucino and Sanchez-Ocampo and the two houses were bought by Marguin Sanchez. The residences were rented and purchased to house the illegal workers.

Investigations also reveal the employees were allegedly working six days a week, 14 hours a day, and paid about $500 to $800 in cash each week.

Marguin Sanchez has not been taken into custody yet. Investigators say he is away at college out of state.

Mucino appeared before a federal court judge on Tuesday afternoon, he posted $85,000 bail.

Sanchez-Ocampo also appeared before a federal court Judge Wednesday, his hearing was adjourned until October 21. At that time a detention hearing will take place and the judge will address the preliminary trial.

Paul Dell, the attorney representing Sanchez-Ocamp, told 7 Eyewitness News that his client is a hard working man who "isn't a murderer, rapist or drug dealer he makes good tacos."

During the raid Tuesday morning, officers also found and seized a 2008 Ford Edge and a 2016 Cadillac Escalade. The cars were allegedly used to take the employees to and from work, along with a 2009 Porsche Boxter which was purchased with illegal restaurant proceeds.

Mucino was arraigned in Federal Court and is free on $85,000 bail. Investigators say he is free to open his shops back up, but must have legal, documented workers. Prosecutors say 90% of his workforce was illegal.